Forget what your science books say about helium. 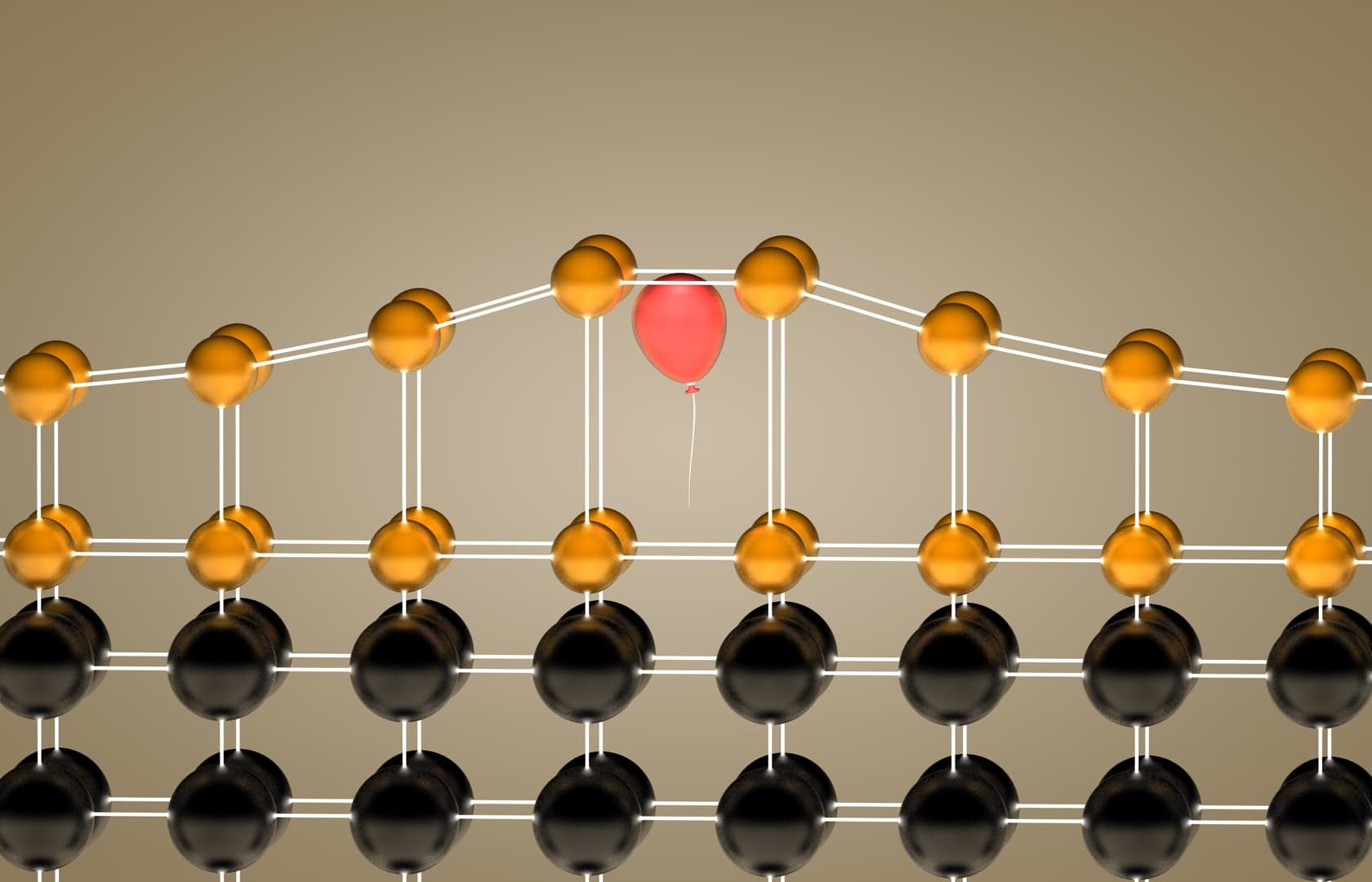 Noble gases—helium, neon, argon, krypton, xenon, and radon—have long been believed to be the least reactive elements on the periodic table. Helium’s composition in particular, with its full outer electron shell, makes it theoretically unable to interact with other atoms to form a stable compound. So while other noble gases like xenon, krypton, and radon have successfully reacted to create compounds under extreme pressure, helium has thus far been incapable.

However, despite the assumed impossibility, a team of international scientists has recently created a stable helium-sodium compound.

"Chemistry changes when you apply high pressure, and this can be achieved inside our Earth and on different planets like Saturn," said Ivan Popov from Utah State University in an interview with Gizmodo. "But this is a book changer."

In previous attempts of pairing helium with other elements, results have always been fleeting. Helium’s closed shell configuration makes it difficult, if not downright impossible, for the element bond with other atoms. But this restriction is tied to the assumption that conditions are the same or similar to those on Earth’s surface. In outer space, it’s very possible that helium’s ability to react is very different given the change in environment.

To test this theory, the team used a ‘crystal structure predicting’ computer model in which they could observe how helium would react under extreme pressure. By exposing helium and sodium to atmospheric pressure 1.1 million times more than Earth’s, they were able to create the compound Na2He.

This compound, along with breaking the rules of Helium's reactivity, it also didn't bond in a typical way. The cubic arrangement of alternating sodium and helium atoms isn’t held together by chemical bonds. According to Boldyrev, "...when we performed chemical bonding analysis of these structures, we found each 'empty' cube actually contained an eight-center, two-electron bond... This bond is what's responsible for the stability of this enchanting compound." Helium changes the interaction between sodium atoms so much that if it is removed, the entire structure becomes unstable.

Because it challenges long-standing assumptions about modern chemistry, experts are quick to note that this study has yet to be supported by or replicated in independent experiments that deliver the same, or similar, results. This means that more studies will have to be conducted to fully understand and validate the breakthrough this particular team has uncovered.

This curious discovery implies that there might not be a lot of applications on Earth. Essentially, the results were derived from following altered scientific rules and very extreme conditions, which we wouldn't naturally find on this planet. But environments similar to what was created in this experiment, like the center of gas giant planets like Jupiter and Saturn where helium abounds, provide a context for these reactions that offer insight into how chemistry works on other planets.

It also raises a lot of questions about our understanding of chemistry. Our benchmark for chemical reactions is derived from our knowledge of this world. With the impending possibility of long-term space travel on the horizon, we have to be open to the fact that chemistry as we know it is not always the way that we know it.

Read This Next
Brands We Love
The Edible Chemistry Kit Has Awesome Science Experiments You Can Eat
Brands We Love
If Your Kids Love to Learn, This Science Kit Subscription Service Is a Must
Brands We Love
Chemistry Kits From Mel Science Are Perfect for the Mad Scientist in Your Life
Futurism
Sugar, Light, And A New Type of Chemistry — What It May Take To Wean Us Off Fossil Fuels
Futurism
Forget High-Tech Watches; Future Spies May Carry Chemical Passwords On Napkins
More on Hard Science
Tractor Beam
Yesterday on the byte
Scientists Build Working Tractor Beam, Although It's Comically Tiny
Having a Blast
Jan 18 on the byte
New Study Shows Where You Should Hide to Survive a Nuclear Attack
Offworld Amino
Jan 15 on the byte
Scientists Find Building Blocks of Life in Meteor That Smashed Into Family's Driveway
READ MORE STORIES ABOUT / Hard Science
Keep up.
Subscribe to our daily newsletter to keep in touch with the subjects shaping our future.
+Social+Newsletter
TopicsAbout UsContact Us
Copyright ©, Camden Media Inc All Rights Reserved. See our User Agreement, Privacy Policy and Data Use Policy. The material on this site may not be reproduced, distributed, transmitted, cached or otherwise used, except with prior written permission of Futurism. Articles may contain affiliate links which enable us to share in the revenue of any purchases made.
Fonts by Typekit and Monotype.