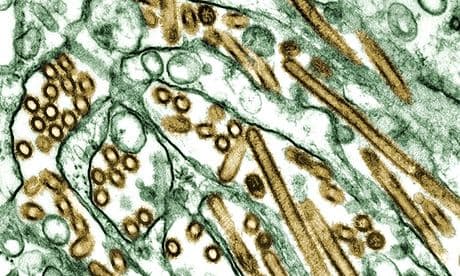 There are a number of people who have had serious, long-term issues with their health, and sadly, many of these people aren't receiving the care that they need. Part of the problem is that traditional methods of identifying problems take a lot of time. This is because, previously, we could only search for viral infections by using a number of different tests. Of course, each test takes time and money; however, it seems that all of this is about to change.

Thanks to new technology from Howard Hughes Medical Institute (HHMI), we can now test for current and past infections (of any known human virus) by analyzing just a single drop of your blood. The new tech is called VirScan, and according to recent research, it stands as an amazing alternative to traditional testing, which looks for specific viruses one by one.

According to some (admittedly early) calculations by Tomasz Kula, one of the researches working on the discovery, the test could cost as little as $25.

This low price is fantastic news for individuals living in areas that lack access to basic medical care, as the test is not only fast and efficient, it is also affordable.

Ultimately, determining what viruses you previously had is important because many infections can have pronounced long-term effects on your health. Thus, this new development could help to uncover unexpected factors affecting individual patients' health and treatment options.

Additionally, the test could help us better understand how viruses travel across populations, as we will be able to better analyze and compare viral infections across large numbers of people quickly.

Stephen Elledge, an HHMI investigator at Brigham and Women's Hospital, led the development of VirScan. He notes that the researchers have, essentially, developed a screening process that allows them to "look back in time" and determine the history of, not only an individual, but a community. He asserts, "instead of testing for one individual virus at a time, which is labor intensive, we can assay all of these at once. It's one-stop shopping." And it can be done for entire groups in order to get a better idea of the area's viral trends (which is important in relation to knowing what vaccines children will need).

Elledge and his colleagues have already used VirScan to screen the blood of 569 people in the United States, South Africa, Thailand, and Peru. The scientists described the new technology and reported their findings in the June 5, 2015, issue of the journal Science.

So, how does it work? In the end, part of the key is our own antibodies. When we are infected with a virus, the immune system produces pathogen-specific antibodies. Notably, it often continues to produce those antibodies for years (or even decades) after the body addresses an infection. Consequently, to work, VirScan scans our blood for antibodies related to any of the 206 species of viruses known to infect humans.

So, VirScan identifies viral infections that we are currently battling and also provides a history of our past infections. HHMI explains the ins and outs of the technology in the press release:

Ultimately, this process tells the scientists all the known viruses a person's immune system has previously encountered (it must be noted that it will show those that were introduced through both infections and through vaccinations). Surprisingly, Elledge estimates it will only take about 2-3 days to get the results for some 100 samples. Of course, this is assuming that the sequencing is working at optimal efficiency.

That said, Elledge believes that, like all technology, the speed of the tests will increase as time goes on.

"It turns out that it works really well," Elledge says. "We were in the sensitivity range of 95 to 100 percent for those, and the specificity was good—we didn't falsely identify people who were negative. That gave us confidence that we could detect other viruses, and when we did see them we would know they were real."

A  previously mentioned, so far, the team has looked at 569 people from four countries. They found that each person had antibodies to ten different species of viruses (on average). As expected, antibodies against certain viruses were common among adults but not in children, suggesting that children had not yet been exposed to those viruses.

Also, unsurprisingly, the number of infections found in individuals in certain areas (South Africa and Peru, for example) tended to have encountered more infections than people from other areas, which brings us back to the importance of this research to people in developing nations.

Although you can't purchase a test for yourself just yet, it's hard to overstate the potential breakthroughs that this new method may lead to. As Elledge notes, "in this paper alone we identified more antibody/peptide interactions to viral proteins than had been identified in the previous history of all viral exploration." This could help us better understand the nature of infections and, ultimately, have important implications for vaccine design.

Sometimes, the future looks like a rather bright place.