Fission Power: The Pros, the Cons, and the Math 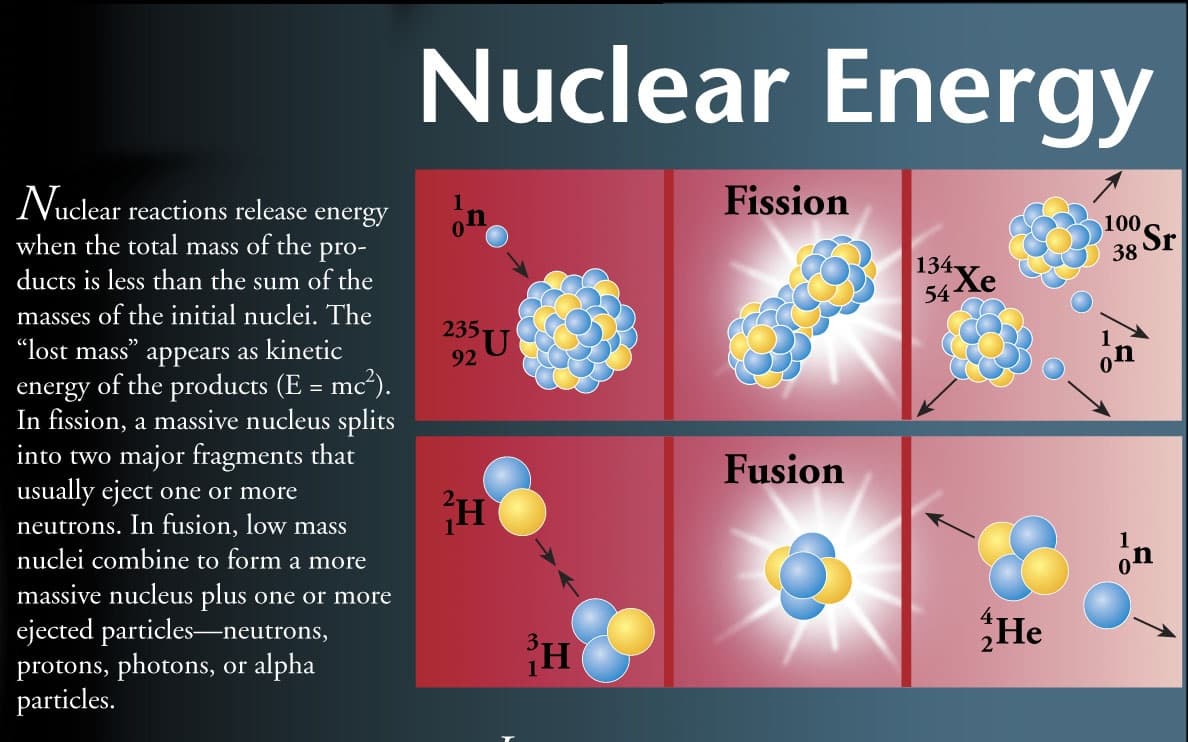 The process of nuclear fission was first discovered in 1938; however, it wasn't fully explained until a year later. Today - less than 100 years after its initial discovery - it is the poster child of the ‘green energy’ movement (and not in a good way) that is sweeping across the globe.  Most of what we hear about the pitfalls of using fission technology are sensationalist, but there is no doubt that this process has led to nuclear disasters. Recently, reports have stated that the radioactivity level spiked to a level 6,500 times higher than the legal limit at Fukushima, and issues continue to presist in that area. This process has also been linked to  non-localized devastation. During Chernobyl, the Soviet government evacuated about 115,000 people from the most heavily contaminated areas in 1986; however, another 220,000 people had to be evacuated from surrounding areas in subsequent years

Now, there is a huge debate amongst people as to whether governments world-wide should pursue the continuation of developing safer nuclear power plants, or if it should be scrapped  all together in place of something that is perceived as "safer." Given the overall importance of the debate to the environment and to our exponentially growing energy needs, everyone should have a proper understanding of the topic; however, for the most part - very few people have more than a very basic understanding of the science and mathematics behind the process. In this article, I want to attempt a more thorough explanation than you may have read before.

As most of you will hopefully be aware of, nuclear fission is a chain reaction involving large, unstable nuclei. This chain reaction ignites when a neutron collides with another neutron, resulting in it becoming even more unstable - before one nucleus  divides into two ‘daughter’ nuclei and (on average) 3 more neutrons. After which, the additional neutrons go on to initiate another fission reaction with those they come in contact with. Those neutrons then incite a reaction between other neutrons and so on and so forth (like the domino effect). The most common fuel used for fission is Uranium -235 (that’s 92 protons and 143 neutrons), and the 2 products (plus neutrons) of this reaction could be a range of sized nuclei.

As with any reaction/equation, when broken up, the final number must still sum to what you started with, and this is also true of fission reactions. Ultimately, the total number of nucleons (protons and neutrons) after fission, in whichever new combinations, must still add up to the original number.

With a little prior knowledge (and a very familiar equation), we can calculate the amount of energy produced. An example goes as follows… (warning, complicated math is contained below)

Let us take this reaction:

To convert this result into kilograms, we multiply the number by 1.661x10^-27 (the mass in kilograms of a nucleon). So:

Next, using E=MC^2 we can convert this mass into energy (using the rounded value for C)

This isn’t a very large amount of energy - but remember that this is just for a single atom of Uranium! So suppose we could persuade it to fission completely, how much energy would be produced for one gram of Uranium? Since we know how much energy is produced by one atom of uranium, to find the energy produced by one gram, all we need to do is know how many atoms are in a gram. To figure this out, we use Avogadro’s constant, which is equal to the number of atoms of any element in one mole of that element. That number is 6.022x10^23, and we use it in the following equation (probably more familiar to chemists than physicists)

Now we can multiply this number by the amount of energy produced by a single fission reaction and we get:

This is a HUGE amount of energy for just a single gram of fuel. Especially when compared to the amount of energy generated by coal or oil, and remains the reason why Uranium is so widely used (despite the potential dangers). Ultimately, The amount of free energy contained in nuclear fuel is millions of times the amount of free energy contained in a similar mass of chemical fuel, such as gasoline. Moreover, the process of decomposition produces a huge amount of heat, a large volume of heavy element atoms, and a lot of neutrons. In addition to these products, the nuclear fission also produces a big volume of radioactive waste. Obviously, this waste needs to be disposed of, as it could cause serious destruction to the environment, should it leak. Proper storage is extravagantly expensive.

But of course, there are a number of advantages to this kind of power. Getting rid of our dependence on fossil fuels is probably the biggest advantage of nuclear power. Power plants that burn coal are highly destructive to the environment (whereas nuclear fission is really only destructive if there is a leak or meltdown). Moreover, the mining process destroys vast swatches of Earth, including a number of diverse habitats. There is also the issue of oil spills (we all probably remember the infamous BP contamination of the Gulf). More importantly, the nuclear fuel used is much more efficient and found in abundance. Large reserves of uranium are spread in many parts of the world. Scientific estimates suggest that the rate at which the fossil fuel are being used today, their reserves are bound to become empty by the end of this century. Yet, the byproducts of the fission process remain radioactive for thousands of years and can cause serious harm to living beings. Although the chances are rare, a nuclear power disaster can decimate a habitat/ecosystem (depending on the size and nature of the disaster).

In the end, it is each individual’s responsibility to acquire the knowledge necessary to make decisions and be informed. Hopefully, this post helped you start (or continue) this journey of discovery.