Our First Look at Pluto's Moons, Nix and Hydra 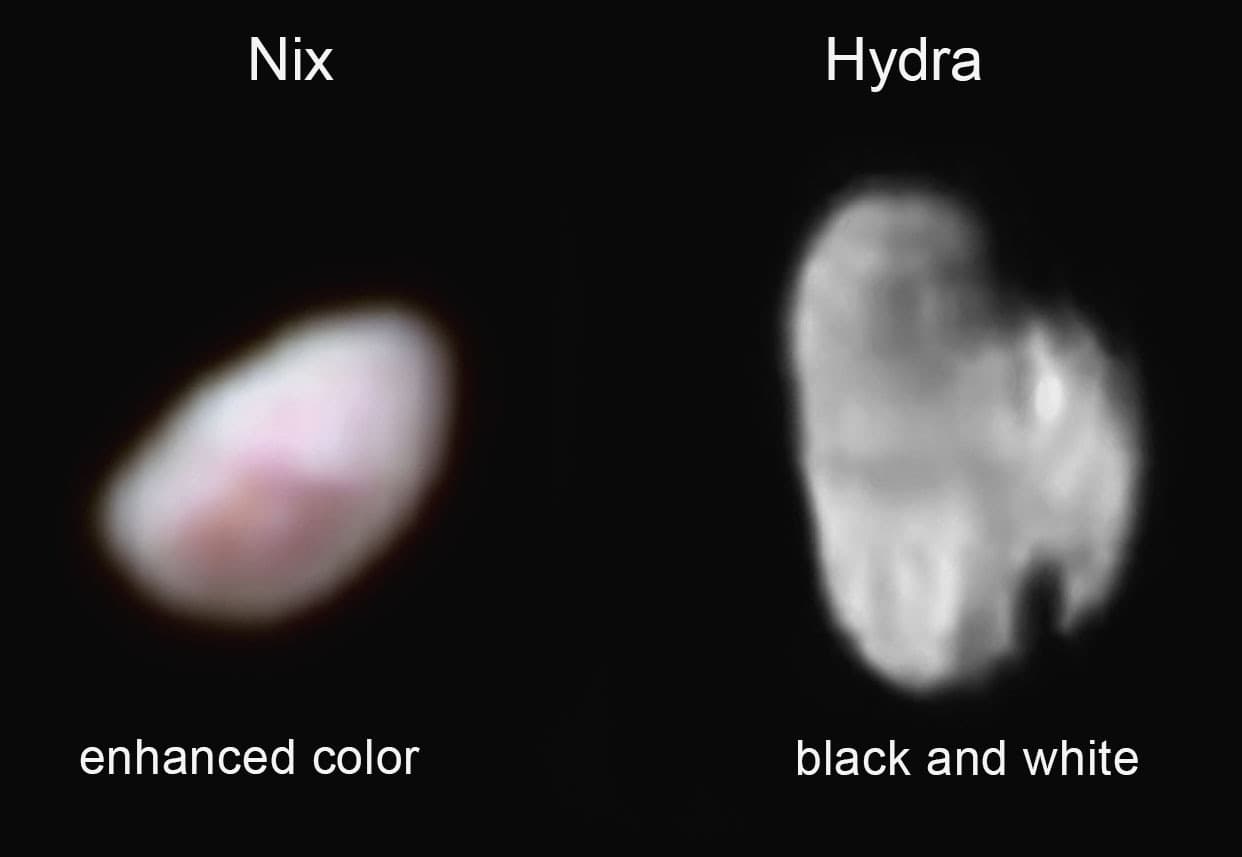 Of course they’ve always been real worlds. They just never looked that way. We’ve only known of their existence since 2005, when astronomers with the Pluto Companion Search Team spotted them using the Hubble Space Telescope. Never more than faint points of light, each is now revealed as a distinct, if tiny, world.

“Before last week, Hydra was just a faint point of light, so it’s a surreal experience to see it become an actual place, as we see its shape and spot recognizable features on its surface for the first time,” said New Horizons mission science collaborator Ted Stryk.

Nix looks like a strawberry-flavored jelly bean, but that reddish region with its vaguely bulls-eye shape hints at a possible crater on this 26 miles (42 km) long by 22 miles (36 km) wide moon. Hydra, which measures 34 x 25 miles (55 x 40 km), displays two large craters, one tilted to face the Sun (top) and the other almost fully in shadow. Differences in brightness across Hydra suggest differences in surface composition.

Now we’ve seen three of Pluto’ family of five satellites. Expect images of Pluto’s most recently discovered moons, Styx and Kerberos, to be transmitted to Earth no later than mid-October.

All of Pluto’s satellites are believed to have been created in what’s now referred to as “The Big Whack”, a long-ago collision between Pluto and another planetary body. A similar scenario probably played out at Earth as well, leading to the formation of our own Moon. In Pluto’s case, most of the material pulled together to form Charon; the leftover chips became the smaller satellites. Their sizes are too small for self-gravity to crush them into spheres, hence their irregular shapes. The moons’ neatly circular orbits about Pluto suggest they formed together rather than being captured willy-nilly from the Kuiper Belt.