First Instagram From Space: Steve Swanson in a Firefly Shirt! 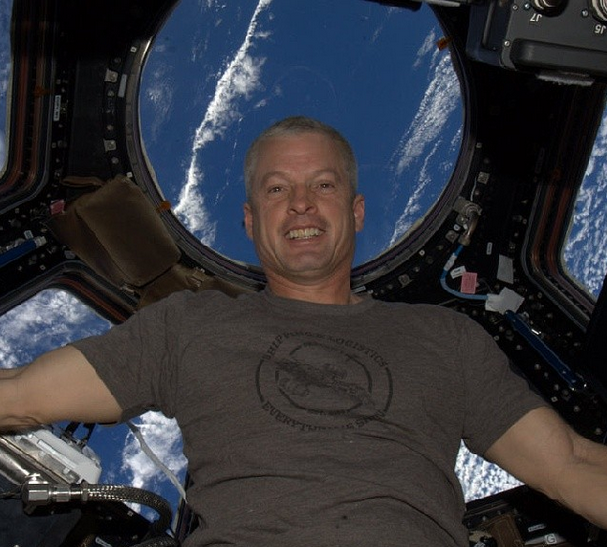 Steve Swanson is officially the first person to send an Instagram from space. Last week, he beamed down a  selfie that was taken before the ISS cupola. In the background, we see the Earth sailing beneath. We also see a rather interesting quote on his shirt: "Shipping & Logistics: Everything's Shiny." This quote is coupled with a relatively familiar spacecraft. As it turns out, Swanson is a bit of a Firefly fan (as we all should be). The shirt's pattern was created by designer Bora Markovic, which can be purchased here.

Swanson is an American engineer and a NASA astronaut who joined the International Space Station in March 2014 as a part of the Expedition 39/40 team. But this isn't his first jaunt into low-Earth orbit. During his first  mission aborad the International Space Station in 2007, he brought with him Firefly and Serenity DVDs and left them aboard, a contribution to the space station's library.