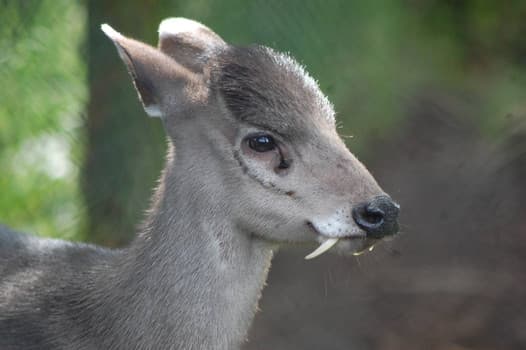 It seems that each day brings us more sad news about extinction. There are only 6 Northern White Rhinos left in the world. The Axolotl has all but vanished from the wild. And nearly 65% of Forest Elephants died between 2002 and 2013. Our news is littered with such sad tales. But we've finally got a bit of good news.

An afghan fanged deer (also known as the "Kashmir musk deer") that hasn't been seen in over 60 years has been spotted by a research team.

This amazing creature  was last seen in Afghanistan in 1948. However, a group associated with the Wildlife Conservation Society (WCS) reported in the October 22 issue of the journal Oryx that there were five sightings, one of a solitary male, one of a solitary female, and one female with a juvenile deer.

READ NEXT: Some Of The Most Amazing Extinct Species

Of course, extinction is a natural process. However, this natural process has been thrown out of alignment in recent decades due to human activity (over-hunting, habitat destruction etc). Part of what drove the fanged deer to such a deplorable state is their scent glands. These glands go for a hefty price on the black market, as their musk is used in perfumes. These glands have also been used throughout history in incense and medical applications. The glands can sell for more than $20,000 per pound.

Peter Zahler, co-author of the study and WCS deputy director of Asia programs, states, "Musk deer are one of Afghanistan's living treasures. This rare species, along with better known wildlife such as snow leopards, are the natural heritage of this struggling nation. We hope that conditions will stabilize soon to allow WCS and local partners to better evaluate conservation needs of this species."