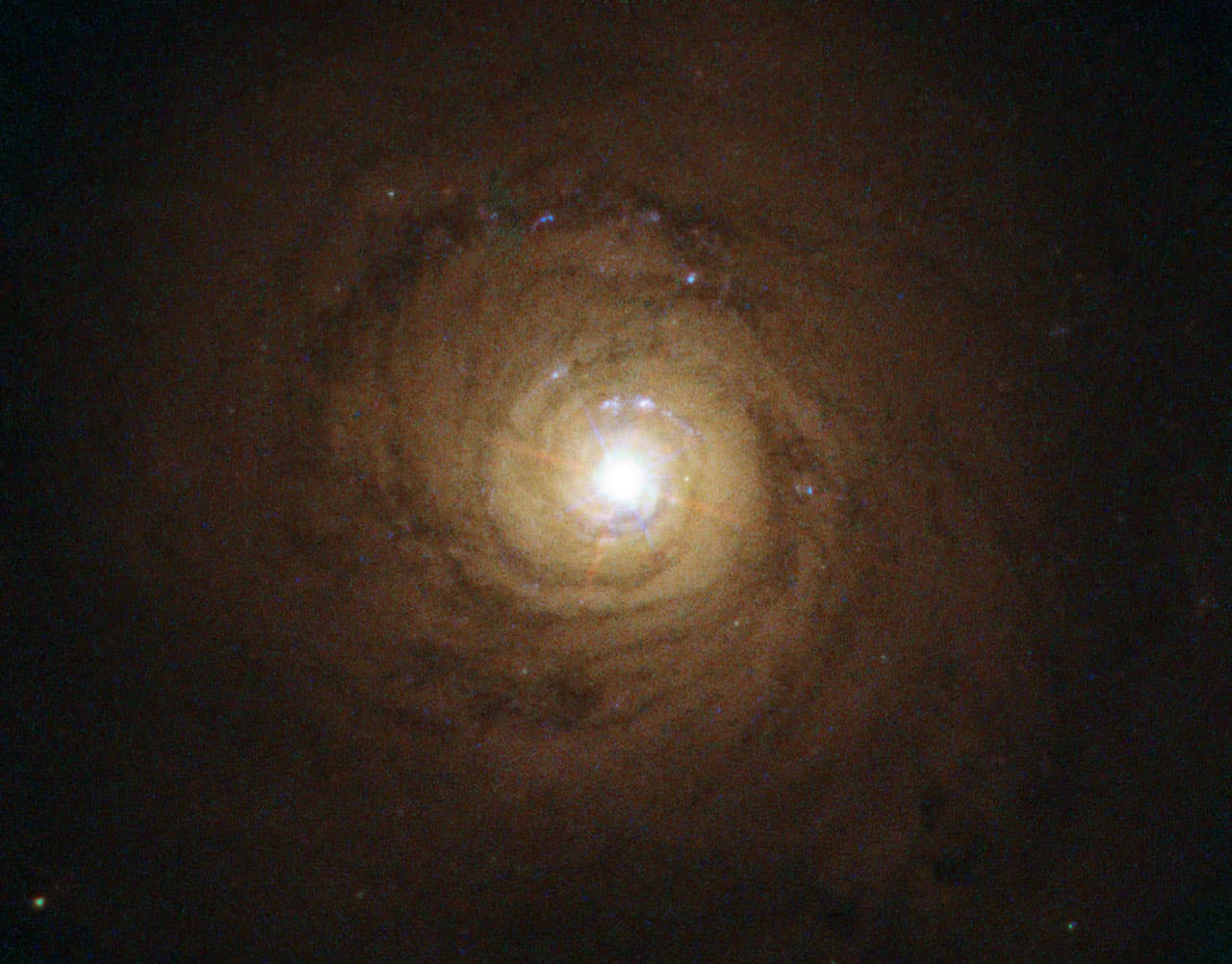 At the center of an active galaxy, NGC 5548, a galaxy found approximately 244.6 million light-years from Earth - is a supermassive black hole with very unusual characteristics. An international team of astronomers discovered a rapid-moving clumpy stream of gas traveling away from the black hole, consequentially cutting off at least 90 percent of its x-ray emissions. This black hole may provide astronomers with new understanding as to how these cosmic monsters interact with their host galaxies.

In the beginning, the team was able to make this discovery thanks to the collective power of six different NASA and ESA Space Observatories; marking the most intense observational campaign ever performed on an active galaxy. And boy did it pay off! Active galaxies harbor central regions that are far more luminous and energetic than typically expected, thus we call them active galactic nuclei (AGN). The intense radiation seen in galaxies with AGN are thought to be caused by supermassive black holes at the heart of those galaxies. Other galaxies contain gas streams near their centers, but what makes this case unique is this was the first time a gas stream ventured into astronomer's line of sight.

Astronomers have predicted a shielding process within active galaxies that helps propel the gas streams to astonishing speeds.  This is definitely a milestone in supermassive black hole research, marking the very first time any direct evidence was collected about the shielding process.

Jelle Kaastra - led the international research team - went on to rmark how fortunate the team was when they made this discovery. IAfter all, it's not every day that events like this occur within active galaxies. Nor do we get an opportunity to witness the moment matter is carried off by these powerful winds. In very large quasars, these winds could even regulate not only the growth of the black hole, but the growth of the galaxy as well.

When matter is drawn into a black hole, it spirals around forming a flat disc, called an accretion disc. This super-heated disc gives off high-energy X-rays in the area right around the black hole, while farther away, it emits low-energy ultraviolet radiation. The UV radiation can potentially create strong winds, blowing material away from the black hole that would otherwise fall into it. These types of winds are only formed when they are shielded from higher-energy x-rays.

Previous studies indicated both x-rays and ultraviolet radiation was present in an area of warmer gas, farther away from the black hole, but the new study revealed a new stream of gas between the accretion disc and the first gas cloud. NGC 5548 is what's known as a Seyfert galaxy, and one of the most studied Seyfert galaxy there is. The new stream of gas absorbs the bulk of high-energy radiation emanating from the black hole and keeping it from reaching the cloud of warmer gas. The stream also acts as a shield, absorbing gas close to the accretion disc and creating the perfect environment for strong winds. Data also revealed that this shielding process has been taking place for at least three years.

After Hubble's observations of NGC 5548 were recorded in June 2013, the team uncovered the a few surprises within the data. There was evidence of dramatic changes taking place -- the team found evidence that a decrease in ionizing x-ray radiation had caused the wind to cool down. Once the data from all six observatories was combined and analyzed, the team was able to see the bigger picture. NGC 5548's primary wind, first discovered about two decades ago, was blowing at speeds up to 621 miles per second (1,000 km per second). However, there was a second wind blowing much faster than the first and much closer to the center, exceeding speeds of 3,107 miles per second (5,000 km per second). This second source of wind could originate within the accretion disc, but further studies are needed before this can be verified.

In short, this study shows there are significant interactions between black holes and their host galaxies, and black holes may even be a determining factor in how galaxies evolve.

To read the press release click here. The findings will be published in the June 19 issue of Science Express, seen here.