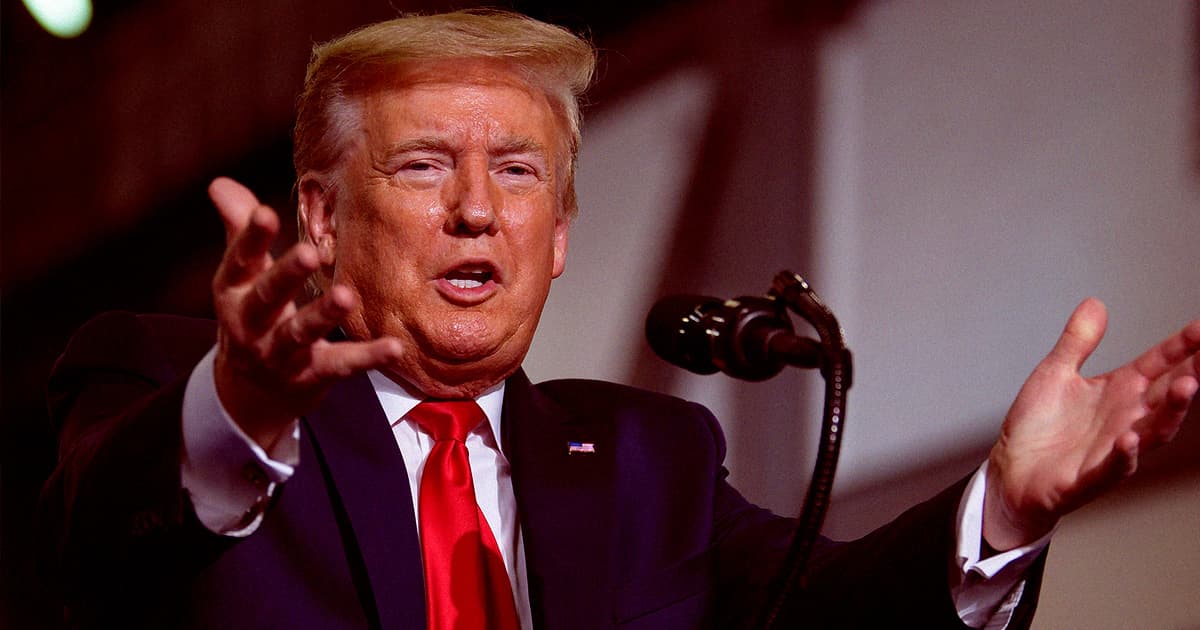 Facebook's Oversight Board has officially decided to uphold the social media network's suspension of Donald Trump in a ruling today.

The board was created in May 2020 to make decisions about speech and online safety independently of the company, including questions about "what to take down, what to leave up, and why," according to its official website.

Following the January 6 riot of the Capitol building by Trump supporters, the Board found that the ex-president's posts had "severely violated" the platform's rules.

"The Board found that, in maintaining an unfounded narrative of electoral fraud and persistent calls to action, Mr. Trump created an environment where a serious risk of violence was possible," reads the ruling.

The judicial body, however, stopped short of endorsing a final and permanent suspension.

"It is not permissible for Facebook to keep a user off the platform for an undefined period, with no criteria for when or whether the account will be restored," the board wrote.

In other words, the Oversight Board will keep dragging its feet on the decision in the future.

"As we stated in January, we believe our decision was necessary and right, and we’re pleased the board has recognized that the unprecedented circumstances justified the exceptional measure we took," Facebook's VP of global affairs and communication Nick Clegg wrote in a response to the ruling.

"We will now consider the board’s decision and determine an action that is clear and proportionate," Clegg wrote. "In the meantime, Mr. Trump’s accounts remain suspended."

The Board also recommended that Facebook "publicly explain the rules that it uses when it imposes account-level sanctions against influential users."

In short, Trump remains banned from Facebook. For how long, however, is still uncertain as the Oversight Board, a body created to decide on what to allow on the platform, failed to make a final decision.

In many ways, this is Facebook and its Oversight Board playing hot potato with a dangerous subject. As the Board recognized in its ruling today, political leaders with big sway can have a much higher chance of doing imminent harm.

Read This Next
Notaverse
In Extremely Confusing Twist, Facebook Says It Isn't Building a Metaverse After All
Facebook Needs to be Stopped
Facebook Admits It Doesn't Know What It Does With Your Private Data
Metaverse Monster
Facebook Exec Caught Allegedly Trying to Meet 13-Year-Old in Hotel Room
Foo Fail
Fans Say the Foo Fighters' Metaverse Concert Was A Total Disaster
Monitoring Moderators
Facebook Criticized for Running Giant "Sweatshop" in Africa
More on Future Society
Fabricators
Yesterday on the byte
Ignorant Scientists Keep Citing Papers That Were Retracted for Fraud
beachy boi
Yesterday on the byte
CEO Quits $68 Billion Firm to "Sit at the Beach and Do Nothing"
Corporate Chaos
Yesterday on the byte
RadioShack Is Tweeting About Drugs and Unusual Sexual Acts, for Some Reason
READ MORE STORIES ABOUT / Future Society
Keep up.
Subscribe to our daily newsletter to keep in touch with the subjects shaping our future.
+Social+Newsletter
TopicsAbout UsContact Us
Copyright ©, Camden Media Inc All Rights Reserved. See our User Agreement, Privacy Policy and Data Use Policy. The material on this site may not be reproduced, distributed, transmitted, cached or otherwise used, except with prior written permission of Futurism. Fonts by Typekit and Monotype.