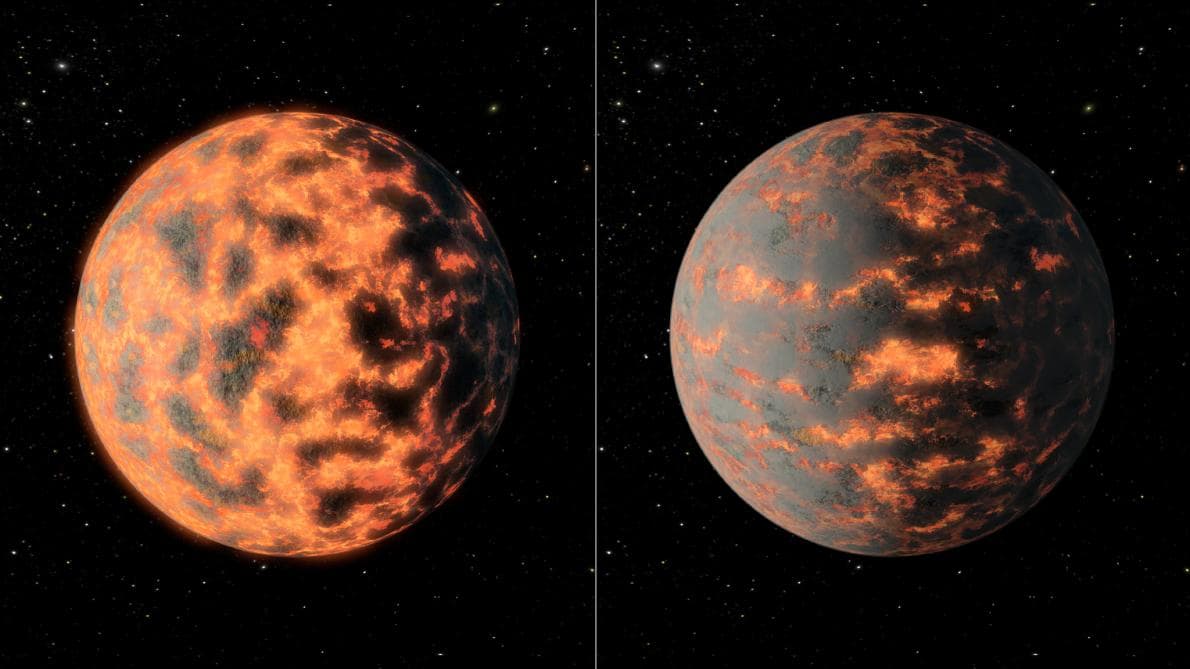 A team of researchers—who hail from the University of Cambridge in the United Kingdom—have detected changes in the atmosphere of a terrestrial planet. Dubbed 55 Cancri e, it is one of five alien worlds known to inhabit a planetary system in the constellation of Cancer. Despite the increasing number of known exoplanets, it remains one of the most fascinating found to date, and now it has once again given us something new to talk about.

According to the University, these markedly large changes in its atmosphere were accompanied by "a threefold change in temperature over a two-year period," the reasons for which have yet to be definitively proven, but they suggest that volcanic activity may partially be to blame—If so, this would be one of the only known exoplanets to show signs of this kind of activity.

The researchers, who employed the use of the Spitzer Space Telescope to conduct their study, ultimately discovered evidence of thermal emissions from the super-Earth exoplanet—which weighs between 2 and 8 times more than Earth, found just 40 light-years away. Subsequent observations then led to the reveal that the temperatures on the day-facing side drastically changed from 1,800° to 4,900° F (1,000°-2,700° C). (Because of the close proximity to its star, they are tidally locked, meaning the planet shows one face at all times. As such, one side is blisteringly hot, whilst the other is extremely cold) .

“We saw a 300 percent change in the signal coming from this planet, which is the first time we've seen such a huge level of variability in an exoplanet,” said Dr Brice-Olivier Demory, the lead author of the study. “No signature of thermal emissions or surface activity has ever been detected for any other super Earth to date.”

To expand, the team strongly believes the stark variations in temperature point to plumes of material (sometimes molten), which may be brought to the surface by volcanoes—perhaps even completely covering it in ash sometimes. In fact, if volcanoes are involved, they would need to be more prevalent on 55 Cancri e than on Io—one of Jupiter's Galilean moons, which happens to be the most geologically active place in our solar system (it has an estimated 400 active volcanoes).

“We saw a 300 percent change in the signal coming from this planet, which is the first time we've seen such a huge level of variability in an exoplanet,” said Dr Brice-Olivier Demory, the lead author of the study. “While we can’t be entirely sure, we think a likely explanation for this variability is large-scale surface activity, possibly volcanism, on the surface is spewing out massive volumes of gas and dust, which sometimes blanket the thermal emission from the planet so it is not seen from Earth.”

One downside (or upside, depending on how you look at it) to their discovery is that it casts doubt on one of the most fascinating long-known aspects of 55 Cancri e—its composition. Previously, astronomers believed that, based on its measurements, It was largely composed of carbon in various states (including graphite and most surprisingly, diamond).

Before that, they believed of water that existed in a supercritical state, created as a result of the immense temperatures and pressures exerted on the planet. However, this hinged on the assumption that its composition was similar to Earth's. Finally, when more precise simulations were run—which included researchers computing all combinations of known elements and compounds—they came to the conclusion that carbon accounts for approximately 1/3 of its overall composition, with iron, silicon carbide, and water ice present in small amounts.

“When we first identified this planet, the measurements supported a carbon-rich model,” said Madhusudhan, who along with Demory is a member of the Cambridge Exoplanet Research Center. “But now we’re finding that those measurements are changing in time. The planet could still be carbon rich, but now we're not so sure—earlier studies of this planet have even suggested that it could be a water world. The present variability is something we’ve never seen anywhere else, so there’s no robust conventional explanation. But that’s the fun in science—clues can come from unexpected quarters. The present observations open a new chapter in our ability to study the conditions on rocky exoplanets using current and upcoming large telescopes.”