Ethereum Has Had an Incredible Year So Far

And it's only going to get better. 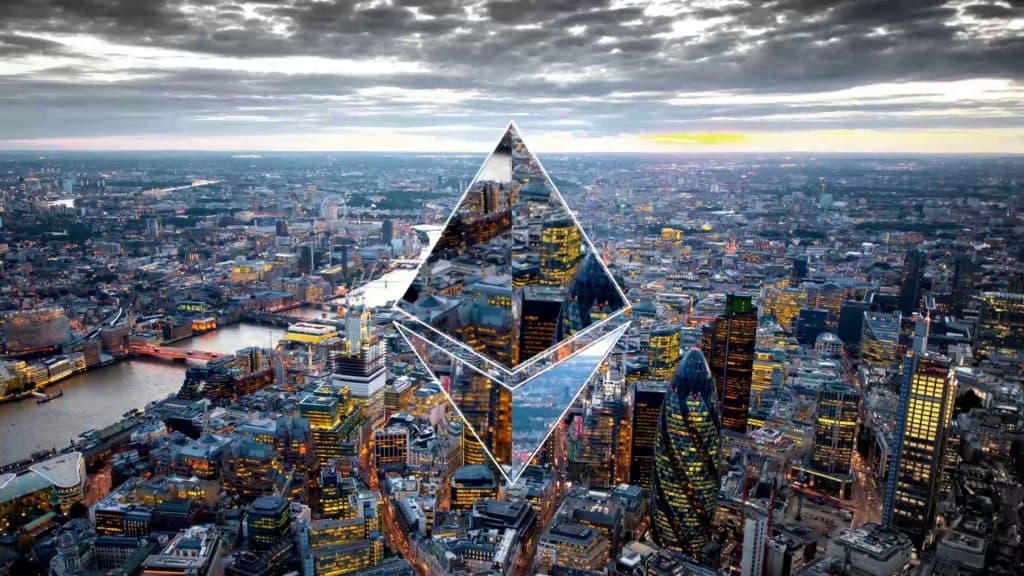 At this point, you’re probably familiar with, or have at least heard of, Ethereum. If you’re not, it is a quickly growing blockchain network. Many different things can be done using the Ethereum network, as it’s simply a platform for building any decentralized application (dApp), but it’s primarily being used to complete financial transactions of different kinds. However, it’s not just another way of sending money from one person to another person. It’s capable of far more than that.

As the New York Times explained in a recent article, Ethereum is gaining the interest of many top companies because of the more complex transactions that can be done on the network.

That’s just one of many complex transactions Etheruem can be useful for, which is why industry leaders are paying attention to it and trying to find ways to utilize it. There have been many intriguing headlines since Ethereum started becoming more popular this year. “Blockchain Used to Sell Real Estate For the First Time,” a recent Newsweek headline reads. “Ethereum First: Investment Product Opens for Trading on Nasdaq Exchange,” reads a CoinDesk headline. DJ Khaled is even on the Ethereum train

Discuss Ethereum at this upcoming event

With how quickly things are changing in the Ethereum world, it’s obviously difficult to keep up. One interesting event where people can learn about where Ethereum stands and where it’s heading is Ethereal SF. It’s a conference that will feature leading experts on Ethereum and also people like renowned futurist Peter Diamandis. It takes place October 27 at the Terra Gallery in San Francisco. Many are calling it the "SXSW of blockchain,” as it will also feature art installations, virtual reality experiences and more.

"Ethereal is a nexus for leaders in decentralizing technologies like Ethereum to come together with entrepreneurs, developers, and futurists to decide together how we want to build the next generation of the Internet - the next generation of our reality," Amanda Gutterman, a co-creator of Ethereal and ConsenSys chief marketing officer, told Futurism. "We are on the verge of sweeping, global change, ushered in by the evolution of exponential technologies like blockchain. As one of the largest and fastest growing companies in the blockchain space, focused on building software on the Ethereum platform, ConsenSys is proud to play host to these important conversations at Ethereal and beyond."

Leading up to this conference, there was a hackathon at UC Berkeley from October 21-22. The hackathon focused on "designing and building a blockchain-based governance system that takes advantage of Ethereum's unique platform of identity, voting and asset transfer systems," according to theEthereal website

Ethereal is being hosted by ConsenSys, which is a production studio that builds applications for blockchain networks. ConsenSys has been leading the way in the Ethereum world for nearly three years.

"At Ethereal we speak about building the Web 3.0, about harnessing blockchain technology to improve how our world works," Gutterman said. "The Ethereal Hacakthon at UC Berekely was an opportunity to bring students and professionals together to design solutions in real life, today, on the powerful blockchain platform afforded by Ethereum." She said she believes ConsenSys and its partners are “uniquely positioned” to guide those breaking into Ethereum.

If you’re interested in Ethereum or just like hearing the latest innovators talk about the future, come join us at Ethereal. There will be plenty there to keep you busy.

Disclosure: Futurism is an official media partner of Ethereal and is receiving press passes to the event.

Read This Next
Dubious Donations
Politicians Refuse to Say Whether They'll Give Back Donations From Sam Bankman-Fried
Sad!
Melania Trump Accused of Secretly Buying Her Own NFT to Avoid Disgrace
Bye Bye Baby
Lawyer for Crypto Laundering Rapper Says She Won't Flee Because of Her Frozen Embryos
Greenwashing
World Wildlife Foundation Cancels NFT Project After Critics Point Out That It Was Actually a Huge Polluter
Bitcoin & Clyde
Feds Arrest Crypto CEO for Bitcoin Laundering, But Her Real Crime Was Against Rap Music
More on Future Society
Hey Cousin
4:04 PM on the byte
Elon Musk Is Hiring Relatives at Twitter in Literal Nepotism
Muzzle Time
2:41 PM on the byte
Totalitarian Zuckerberg Bans Employees From Discussing Guns, Vaccines, Abortion
Ctrl C Ctrl V
Yesterday on the byte
Inspired by Twitter's Struggles, Facebook Considers Making an App Where You Can Post Text. Wait a Second...
READ MORE STORIES ABOUT / Future Society
Keep up.
Subscribe to our daily newsletter to keep in touch with the subjects shaping our future.
+Social+Newsletter
TopicsAbout UsContact Us
Copyright ©, Camden Media Inc All Rights Reserved. See our User Agreement, Privacy Policy and Data Use Policy. The material on this site may not be reproduced, distributed, transmitted, cached or otherwise used, except with prior written permission of Futurism. Articles may contain affiliate links which enable us to share in the revenue of any purchases made.
Fonts by Typekit and Monotype.