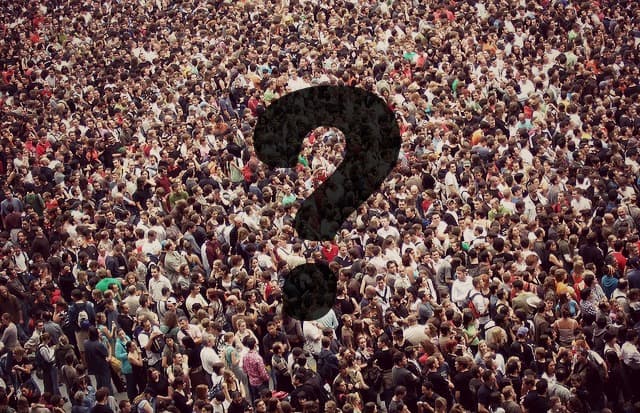 Recent studies indicate that the human population will reach 11 billion by 2100. Can the planet sustain such masses?

There are many issues related to the environment that dominate our media (climate change, GMOs, water shortages, pollution). As a result, coverage on overpopulation is minimal, and most people are not aware of the causes and ramifications of Earth's booming populace. The lack of coverage also leads many people to believe that overpopulation will not impact them, which is a damaging point of view.

As the years tick by, Earth’s population continues to gradually exceed the carrying capacity of the planet, and many of our resources are being stretched to the breaking point (the "carrying capacity" of the world is also known as the “maximal load,” which is the total amount of organisms that the environment can sustain [this capacity is largely determined by how much shelter, water, food, and other environmental necessities the species requires]).

The reason that overpopulation is becoming a problem is, in part, down to scientific advances in the field of health and medicine. In recent years, science has not only come a long way in increasing the life span of current generations, it has also led to an increase in the number of children that are conceived (through things like invitro fertilization and gestational surrogacy) and carried to full-term; similarly, cutting-edge research has upped the number of infants capable of surviving outside of the womb.

As such, infant mortality rate is at an all-time low in most nations, and people are living longer than ever.

While this may be viewed as a good thing, there are downsides. One of them being that medical advancements have created an imbalance in birth and death rates. In the past, the death rate and the birth rate used to balance each other out, keeping the population at a regular, consistent level. Now, the number of children being born is vastly larger than the number of adults that are passing away.

And this has a number of repercussions.

For example, the US Department of Health and Human Services reported that at least half of all Americans take a minimum of one prescription drug, with one in six taking three or more prescriptions (this statistic does not include the usual over the counter products). And these drugs are doing a lot more than just extending our lifespans. With this increase in the use of pharmaceutical products, more and more waste is being produced all throughout the world—from the manufacturing process to the disposal of empty bottles by hospitals—and this pharmaceutical pollution is having a dramatic effect on the environment.

Dr. Emma Rosi-Marshall, a scientist at the Cary Institute of Ecosystem Studies, notes the severity of this problem,

Pharmaceutical pollution is now detected in waters throughout the world. Causes include aging infrastructure, sewage overflows, and agricultural runoff. Even when waste water makes it to sewage treatment facilities, they aren't equipped to remove pharmaceuticals. As a result, our streams and rivers are exposed to a cocktail of synthetic compounds, from stimulants and antibiotics to analgesics and antihistamines.

So ultimately, the medical advancements that allow us to live longer also pollute the planet and decrease Earth’s carrying capacity even more—it is a kind of double whammy.

What Will The Effects of Overpopulation Be?

As our population grows so does the demand for natural resources, and the Earth can only provide a limited amount of water and food. However, most people in Western nations can ignore the scarcity of some of these resources ("scarcity" is generally 'having seemingly unlimited human wants in a world of limited resources') because our shelves are always stocked with food and water. As long as food keeps appearing on shop shelves, people believe that it exists in vast quantities. In reality, food and water supplies around the world are far shorter than they should be, and people in second and third world countries are already feeling the effects of this.

China had to construct a canal stretching over 1,200km (750 miles) in order to get water to citizens in Beijing, but this is like putting a band aid on a bullet wound. You may slow the bleeding, but what does that signify if there is an infection festering beneath?

We can divert water to more populated areas, but what is the purpose of this if we are, simultaneously, poisoning that same water?

Food and water are not the only natural resources that we are gradually running short on either. The increase in the population means there's an increase in the need for resources such as oil, coal, gas, and forestry. These resources help shape the world we know today; they are in everything—from the houses that we live in to the mobile phones we talk on. The higher the population, the higher the demand for products like this becomes, and when businesses cannot readily acquire these goods, prices soar. This obviously has a dramatic impact on national and international economies.

Finally, and most importantly, the degradation of the environment. The impact that overpopulation has on the environment is perhaps the most immediate and obvious concern. The rise in the number of companies draining the planet’s resources to meet the demand for their products causes soil, air, and water pollution; deforestation; habitat destruction; desertification; and mass extinction events…the list goes on and on. And all of these things are already happening.

What Can Be Done To Address This?

Change needs to happen and it needs to happen soon. The main way to do this is simple: Educate people about overpopulation. Once people are aware of the issues, they can begin making better decisions. This may be as simple as rethinking their patterns of consumption or choosing to recycle (or perhaps even deciding to adopt). Encouraging people to question consumerism is another way to alleviate the impact of our burgeoning population, as a large part of the problem is simply how much we buy. The other solutions will take far longer to implement, and they are far more complex—switching to sustainable forms of agriculture and energy production, etc.

However, the first step, as previously mentioned, is to get educated…