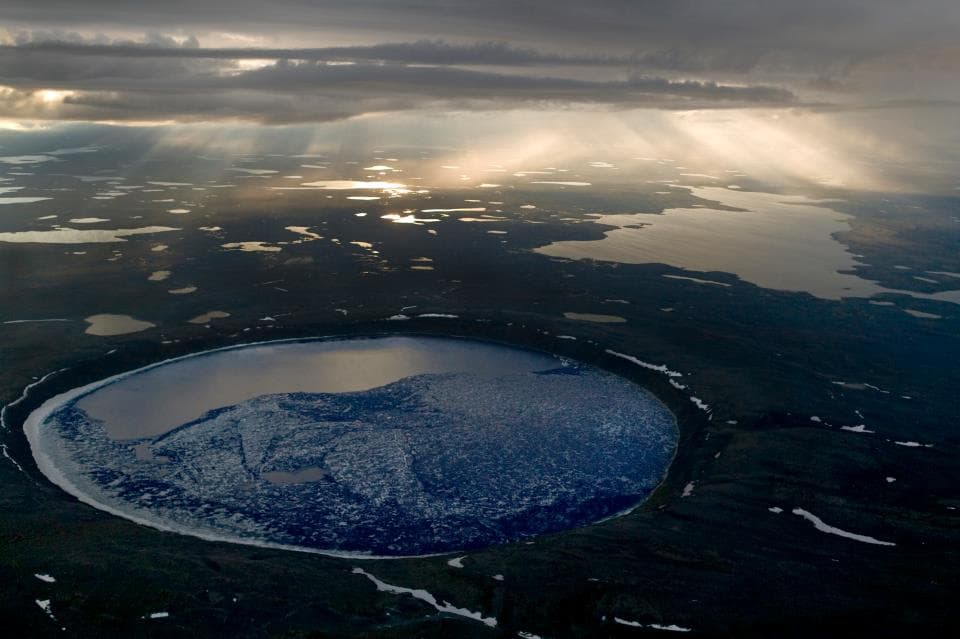 Approximately 1.4 million years ago, a meteorite crashed into the surface of Earth, leaving behind a huge crater that has a diameter of 2.14 miles (3.44 kilometers). Pingualuit Crater, as it is now called, is located in the Ungava Peninsula of Quebec, Canada. The crater (and the surrounding area) has been formally classified as the Pingualuit National Park.

Not much is known about the meteorite that struck Earth all those years ago, but it is now thought that the meteorite responsible for the crater impacted with the force of approximately 8,400 Hiroshima-sized atom bombs. Despite the destruction that once faced the region, the crater now rises approximately 520 feet (160 meters) above the surrounding tundra, and it holds some of the purest water that can be found anywhere in North America. With a salinity level that is less than 3 ppm, it is significantly purer than the water in the Great Lakes, which has a salinity level of five hundred ppm. It is because of its cleanliness (and the clarity of the lake, which has a depth of about 890 feet [270 m]) that the local Inuit community of Kangiqsujuaq often referred to it as the "Crystal Eye of Nunavik".

While the Pingualuit Lake is definitely a sight to behold, there are still several more than can be found throughout the planet that rival its beauty.

You can see a larger, high-res version here. Here are many images of the crater taking from NASA's Landsat 7 satellite.