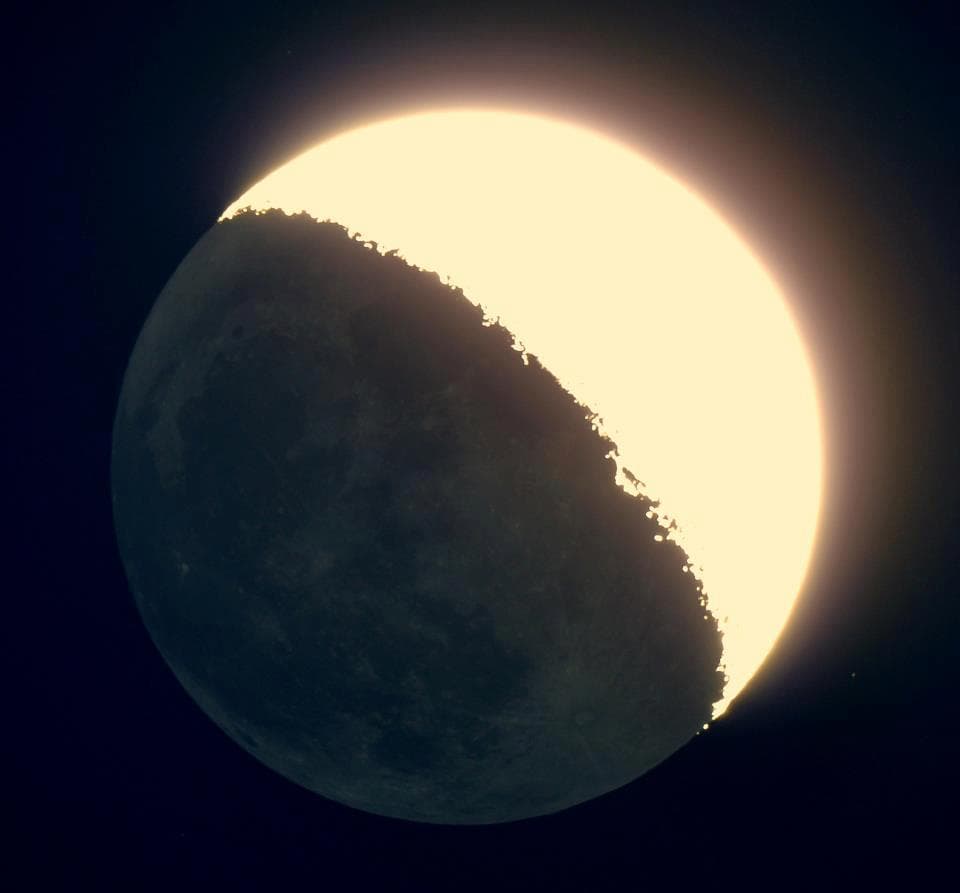 "Earth-shine" is a phrase that is used every now-and-again, especially among amateur astronomers, bu what is it?

If you think that the view of our moon from Earth is pretty spectacular, can you imagine how Earth must look from the moon? But unfortunately, unless you have the knowledge and means to build a space-shuttle, seeing an Earth-rise isn’t really possible.

So we will just have to enjoy the view from here. And, ultimately, we have to thank the sun for this amazing view, as the moon would not be much to look at if there was no sun-light reflecting from it. Without our star, the moon would look like a dark, dead husk, even through the best amateur telescope. This brings me to the phenomenon known as Earth-shine. This occurs when the crescent moon is illuminated, but the entirety of the moon as a dark disc can still be seen. It can witnessed at other times, but Earth-shine is particularly noticeable when one views a crescent moon (which is between a new/full moon and a half-moon) shortly before sunrise and after sunset.

Earth-shine is sunlight that has reflected off Earth and is visible on the Moon's night side. This light travels from the Earth to the moon before being diverted back to Earth for our retinas to see. Since the light is reflected twice, it becomes diluted through the course of its journey and looks a little dim…which is a good thing, or it would be quite painful to look at!