Welcome to "Robot Hell"! Meet the Deranged Genius Who Created an AI Version of @Dril

"Sorry to anyone who’s about to have their heart broken..." 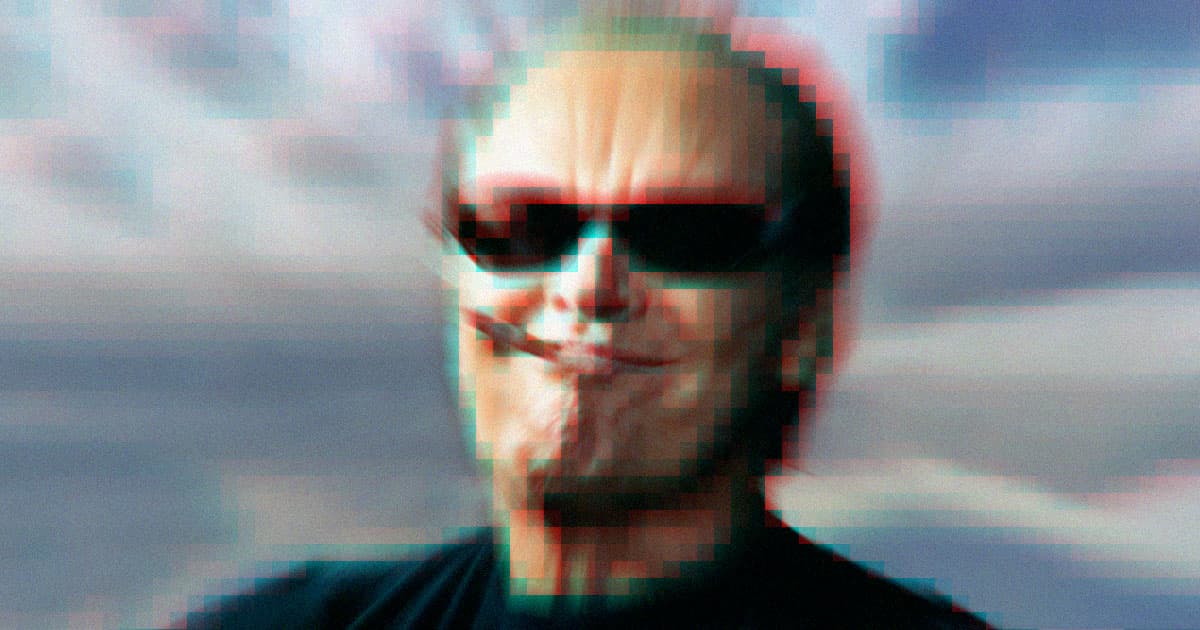 If you're on Twitter, you're almost certainly aware of @dril, the legendarily deranged, long-anonymous shitposter. Who could forget classics like this?

And if you're aware of @dril, you've probably stumbled across @drilbot_neo, a charmingly unhinged and wildly popular account that uses artificial intelligence to tweet in the style of the iconic Jack Nicholson-avatar-ed account.

In an interview with Futurism, the creator of @drilbot_neo — who goes by the moniker BST, short for "bearsharktopus," and uses nonbinary pronouns — celebrated the chaos of the project and provided new details about its creation and inspiration.

"I like to laugh and I like to make other people laugh," they said. "This is just extending my high school tradition of being the class clown to new heights."

BST joked about wanting to be freed from "eternal robot hell." In actuality, though, they seem to be having a blast.

They said that @dril is the perfect type of account to parody because of its bizarre syntax and stylization, itself hilarious, paired with the difficulty AIs have in properly stringing together sentences makes for "comedy gold."

"I think the two of them combined is exceptionally funny," BST said.

They're not wrong. Just look at some of top-tier online shenanigans that it spits out.

my childhood hero was none other than the humble electric chair

a little birdie told me that girls in their 20s sometimes have their toenails painted a different color than their fingernails. is this true

BST tells Futurism that they work in the tech industry, but had to pick up machine learning themselves, with a little help from the person who ran @dril_gpt2, the other preeminent @dril parody account.

"A friend of mine, the person who runs @dril_gpt2, started doing generative art on their personal account," BST said. "I thought it was incredibly fascinating and asked them how they got into it, and that lead me to @advadnoun, who was basically creating the cutting edge of generative art at the time."

After "a lot of late nights" learning the tech on their own, the person behind @dril_gpt2 retired, and BST "decided to take their torch up."

Along the way, they created other generative bot accounts that dream up everything from fake lyrics to phony "Magic: The Gathering" cards, and began developing a forthcoming video game called "Vermillion Descent" with the up-and-coming artist Monckat — "whose mastery of depth, space, and material comes to life in every hand-drawn background," BST says — along with a team of musicians and animators.

One piece of tech they're not so enthusiastic about? Non-fungible tokens (NFTs), which they complained have started to plague the generative art community.

"Sorry to anyone who’s about to have their heart broken by this but words can’t contain my hatred for the NFT-sphere," they said. "If there is one thing I despise more than anything else, it’s unfairness, lying, hypocrisy, that whole stack of words, and when I look at NFTs all I see is a stack of people taking advantage of other people so they can afford to get taken advantage of in turn."

"People who perpetuate pyramid schemes are the lowest of the low," they added. "I don’t blame anyone for getting caught up in the hype, particularly given the economic situation that, y’know, everyone my age is going through — when you have nothing, the promise of easy money is hard to turn down, especially when you’re an artist — and so I reserve the deepest pits of my rancor for the people at the very top."

Was there anything else BST wanted Futurism readers to know?

"I just want to make sure that it’s published in a major news outlet that I love my boyfriend so much," they said. "He is such an inspiration for me and is 95 percent the reason I’m a weird architecture nerd now, and he’s incredibly talented, and just way smart. I think you should all know that."

And just for good measure, they threw in a plug for permaculture.

"I would like to let the world know that planting berry bushes provides a re-usable, endless font of fruit that grows faster than a fruit tree but does not require constant re-planting like most crops, and you should strongly consider growing berry bushes if you have the room for them," they said.

In a digital mediascape crowded by larger-than-life figures and the weird power moves they employ, people like BST are a much-needed reminder of the internet's weird, whimsical foundations — which, in spite of all odds, persists if only we're willing to look.

Read This Next
Bot Wreck
Red Ventures Knew Its AI Lied and Plagiarized, Deployed It at CNET Anyway
Locker Room
Leaked Messages Show How CNET's Parent Company Really Sees AI-Generated Content
I Have a Dream of Mass Layoffs
ChatGPT Shamelessly Writes Letter Announcing Layoffs While Promoting Execs and Quoting MLK
Bot My Fault
News Site Admits AI Journalist Plagiarized and Made Stuff Up, Announces Plans to Continue Publishing Its Work Anyway
Botulism Toxin
CNET's AI Journalist Appears to Have Committed Extensive Plagiarism
More on Artificial Intelligence
AI After All
5:58 PM on futurism
This Entire Sci-Fi Magazine Generated With AI Is Blowing Our Puny Human Minds
AI Hands
5:37 PM on the byte
Here's Why AI Is so Awful at Generating Pictures of Humans Hands
Let Them Fight
4:14 PM on futurism
Whatever You Think of BuzzFeed's AI Quizzes, They're Way Less Horrible Than What CNET Has Been Doing
READ MORE STORIES ABOUT / Artificial Intelligence
Keep up.
Subscribe to our daily newsletter to keep in touch with the subjects shaping our future.
+Social+Newsletter
TopicsAbout UsContact Us
Copyright ©, Camden Media Inc All Rights Reserved. See our User Agreement, Privacy Policy and Data Use Policy. The material on this site may not be reproduced, distributed, transmitted, cached or otherwise used, except with prior written permission of Futurism. Articles may contain affiliate links which enable us to share in the revenue of any purchases made.
Fonts by Typekit and Monotype.