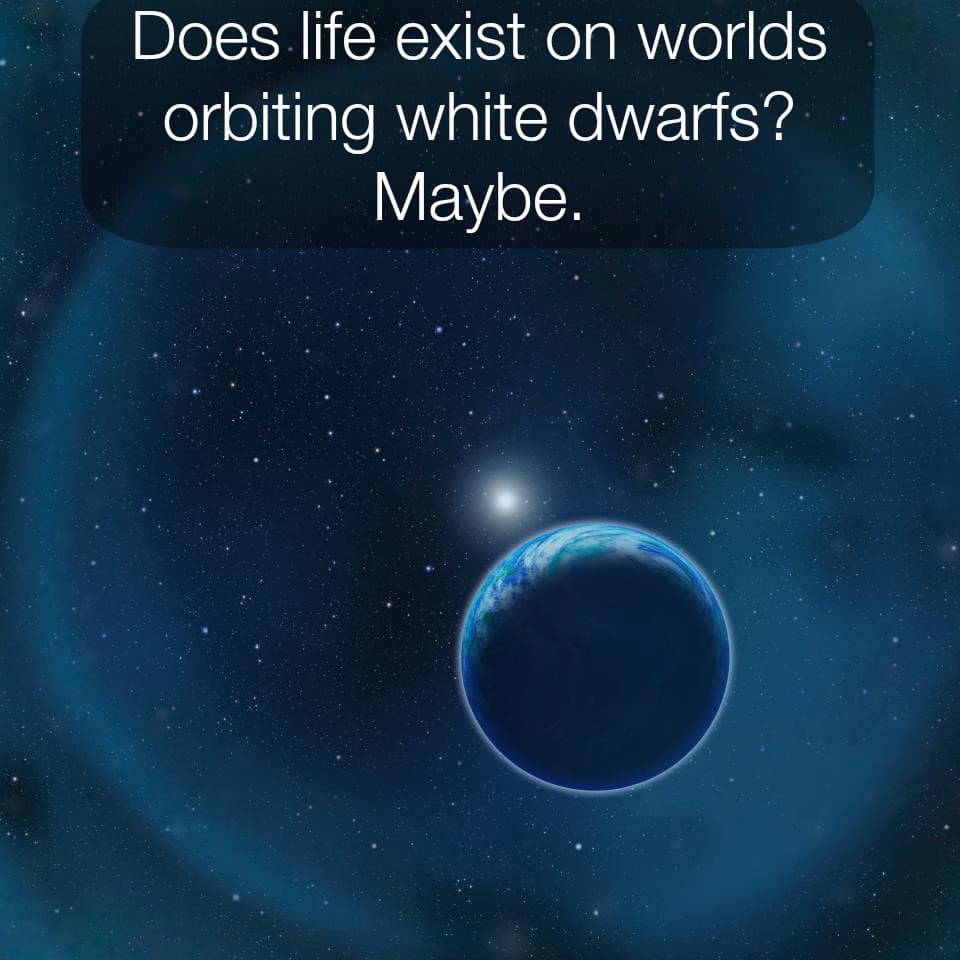 Whatever the eventual fate of humanity, I trust we can all agree that life (in one form or another) will probably exist on Earth up until the bitter end: the death of our precious star. Biological processes occurring on Earth would (likely) have signs that appear in the atmosphere. Well, some new theoretical studies are suggesting that Earth-like planets orbiting dying or dead stars could still hold the signatures for life – if not life itself.

One of the theorists on this particular project, Avi Loeb from the Harvard-Smithsonian center for Astrophysics and the director of the Institute for Theory and Computation said, “In the quest for extraterrestrial biological signatures, the first stars we study should be white dwarfs.”

Well, let us look into Earth’s future. When the Sun eventually dies, it’ll shed its outer layers and transition into a white dwarf. This is essentially the hot remains of a medium-sized star. Nuclear fusion has stopped, but the residual heat still has life-sustaining abilities. Orbiting from a distance of only a million miles (in contrast to Earth’s current 93-million mile location) a planet would be within the (now only earth-sized) white dwarfs habitable zone, zipping around the star every ten hours.

In order for the planet to be this close, it would either need to have formed out of debris left over from the star’s death, or it would have to migrate inward from a once-higher orbit.

The most favorable method for spotting these planets for our purposes is to look for planetary transits. A transit is simply when one stellar body passes in front of another from the perspective of the observer. This particular transit will be very similar (or rather, identical) to the Venus transit of a few years ago. This method allows us the added opportunity of studying the transiting planet’s atmosphere. As the planet passes in front of the star, we can analyze the starlight that passes through the planet and determine the chemical makeup of that planet’s atmosphere.

In the hunt for life, oxygen and water are the two of the things scientists are most interested in finding. They want water because, on Earth, everywhere there is water...there is life. And oxygen because Earth has an extremely active mechanism for producing oxygen through the processes of photosynthesis – without it, the oxygen would quickly ‘vanish’ as it oxidizes the Earth’s surface and is absorbed into the oceans, without any form of replenishment.

Fortunately, both of these chemical signatures are very easy to detect. Making this kind of observation is one of the objectives of the James Webb mission, due to launch in the next few years.

So, evidence for life might not come from vibrant sun-like stars with a sun-like age, but rather the dead cores of sun-like stars scattered throughout the galaxy.