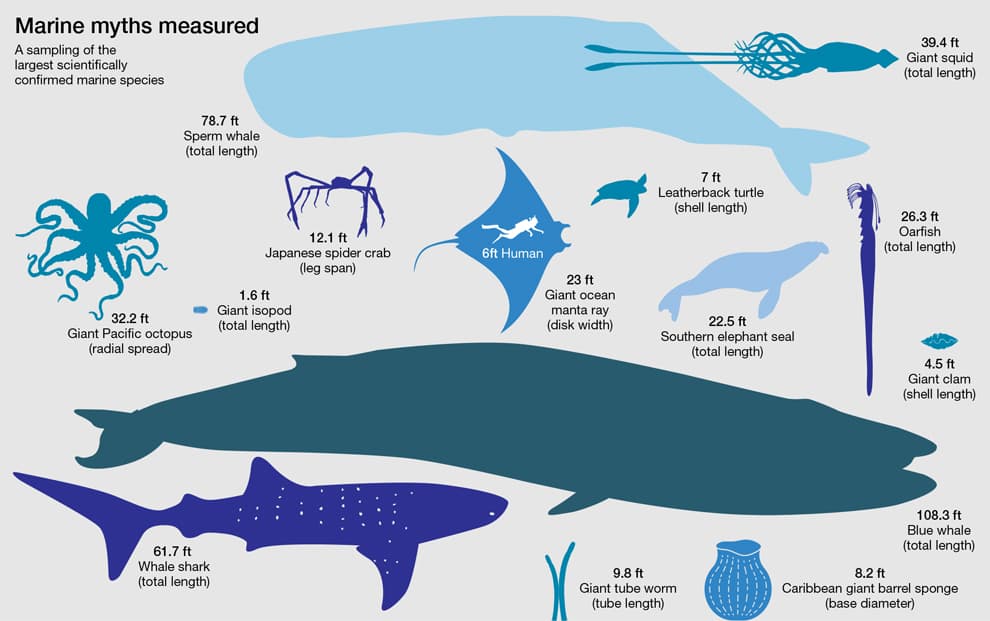 For those of you who may not know, our blue marble is called “the blue marble” because the planet is covered in roughly 70% water. Unsurprisingly, humans (habitual land dwellers) often view the ocean with suspicion–it is a strange and alien place.  In fact, many biologists and oceanographers assert that we know more about the moon and the inner solar system than we do Earth’s oceans (at least at the deepest depths).

Since we have evolved to live on land, many people have a deep-rooted fear of the sea…of what lurks just beyond the edge of their favorite beaches and swimming holes. Fortunately, you'll never have to worry about encountering most of these creatures, unless you plan on taking a dive to the bottom of the ocean.

Craig McClain, his colleagues, and his students have published a new paper listing the best sources they could find for the biggest organisms in the ocean. Reports abound about colossal killers that could eradicate city blocks. But these are...a bit overblown (to put it mildly).  See the below graphic, or take a look at the linked paper, for the findings on the largest scientifically confirmed marine organisms.