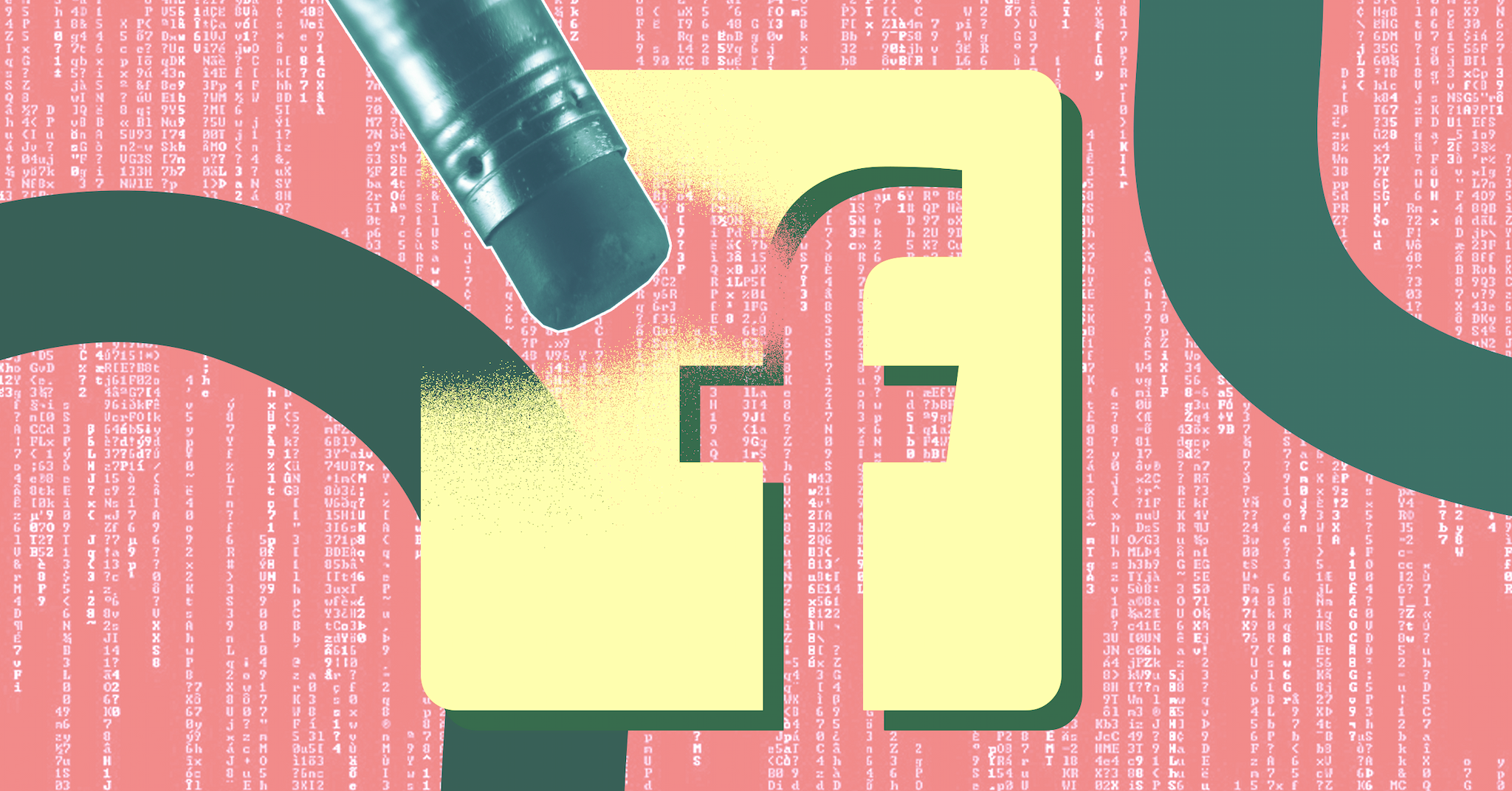 You’ve gotten a glimpse, by now, of the many ways in which your (seemingly irrelevant) personal data can be harvested by Facebook, and some of the purposes that third parties can find for it.

In the interest of privacy, some have concluded that it’s high time to quit the network. But by now you might know: Deserting the platform is not enough to protect your privacy.

So if you choose to #deletefacebook, don’t be tricked into simply “deactivating” your account.

That option has no effect on your data, which remains in Facebook’s servers.

To make sure that is deleted too, The Guardian has a handy explainer: Click on this help doc, go through to the “let us know” link which leads you to the magic “delete” button. Facebook has a hard time letting go, so that won’t go through for another couple of weeks (Facebook says that’s needed to process the request), plus 90 days (to actually wipe out your data from its servers).

But you’ll get there. At least, that’s what Facebook promises.

One experienced developer isn’t willing to take Facebook’s word for it. Kevin Matthew has worked in systems administration for 20 years, and told Motherboard that “everyone has data retention policies and backups… Facebook, with its infinite amount of resources, I can only begin to imagine how that data is being held and retained.”

He created a script that “poisons” your Facebook record, turning your posts into useless, junky strings of random letters. By running it over and over again, a big chunk of your posts will become a fog that the site’s algorithm can’t interpret. Although it’s currently only available to those who code, in the future the script might become an easy-to-use desktop app.

“Every little bit of information contributes to that invisible profile that they’re building of everyone,” Matthew told Motherboard. “If we can obfuscate it even a little bit, that at least puts the power back into your hands as an end user.”

We admit, it kind of sucks to have to delete your account. Ideally, Facebook, which has made its service integral to a substantial portion of the world population, would own up and make things right. But so far, that’s not happening. So the more tools you have to stand up for yourself and your privacy, the better.

Deleting your account may be a statement, but here’s one crappy thing to remember:  Facebook gathers data from all around the internet, from people who don’t even own an account. That’s because of cookies, plus the seemingly random “Like” buttons scattered around sites, from retailers to digital publications.

Read This Next
Trumped
Facebook Oversight Board Rules That Trump Remains Banned
Brands We Love
A Virtual Phone Number Lets You Connect With Anyone While Keeping Your Real Number Private
Bending Over Backwards
Facebook Workers “Walk Out” Over Inaction on Trump Posts
Brands We Love
Why You Should Consider Becoming a Data Analyst this Year—And How to Start
Stay at Home
Facebook Is Taking Down Pages Organizing Anti-Quarantine Protests
More on Future Society
Exploiting Vulner...
Yesterday on futurism
Blockchains Were Supposed to Be “Unhackable.” Now They’re Getting Hacked.
Gates Closed
Yesterday on futurism
Bill Gates Reportedly Left Microsoft Board Amid Sex Allegations
Commander Cancelled
May 16 on the byte
Space Force Commander Fired After Claiming Leftism in Military
READ MORE STORIES ABOUT / Future Society
Keep up.
Subscribe to our daily newsletter to keep in touch with the subjects shaping our future.