Death Count from Hurricane Maria Was Way Off. That Might Slow Puerto Rico's Recovery.

"Statistics are the only real voice Puerto Ricans have." 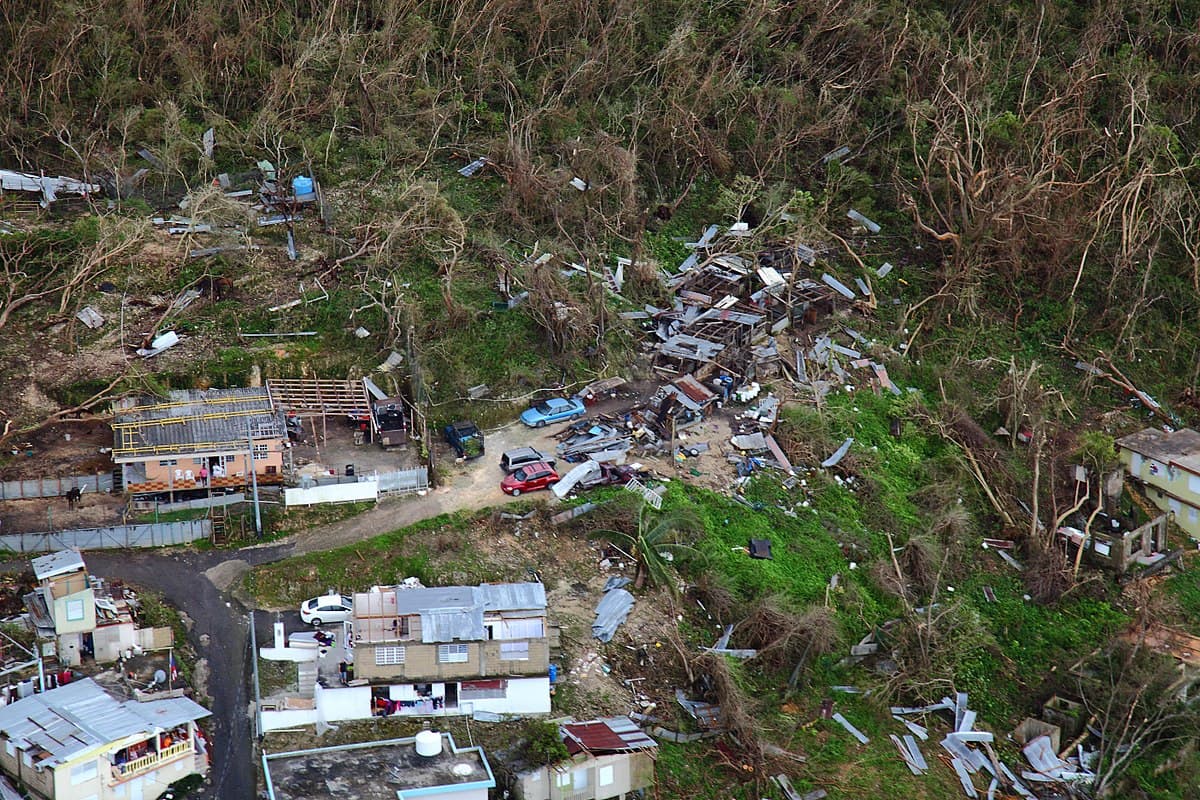 64. That was the official death count shortly after Hurricane Maria struck, devastating Puerto Rico just over six months ago.

But demographer Alexis Raul Santos found evidence for hundreds more that officials had missed. To be exact, 1,085 more deaths. That they didn't count. And that's just from September and October alone.

That's a huge oversight that's not only disrespectful to Puerto Ricans — it slow recovery from future events even worse by inhibiting governments and engineers from planning for them, according to a new study.

Let's go back to what happened with the death count numbers. It seems as though officials counted only people who died directly as a result of the high winds and immediate destruction caused by the storm, according to the New York Times. And while that might have indicated to Trump that his administration had handled the disaster well, it didn't hold up to further assessment.

“This is not a vanity exercise,” Santos told the New York Times in December, when Puerto Rico ordered a review of the death count. “Effective assessment of climate disasters is the only way we can prevent loss of life in future events.”

That was the subject of Santos' most recent study, published Monday in the journal Health Affairs. In it, Santos argued that statistics may be the best weapon for residents of the island, especially when facing the federal government’s slow and inadequate disaster relief effort.

Underestimating the damage and death toll caused by a storm like Maria will not only reduce the relief response — the amount of resources, the number of people shipped out to help — but it will also mean that people might not adequately prepare for future storms.

"There are a lot of things that can go wrong if you aren't carefully gathering and analyzing data, particularly in your ability to convey the devastation of, in this case, an environmental disaster," said Santos. He believes that underreporting damage caused by a storm may cause those who are in a position to help, such as politicians and other officials, to lose interest.

That kind of information is especially important when you consider that Puerto Rico doesn't have the easiest time getting interest from those in power in the first place. Because Puerto Rico is a territory, its residents have fewer rights than Americans that live in the 50 states, like not being able to vote in presidential elections.

"Statistics are the only real voice Puerto Ricans have," Santos said in a press release. "They don't have votes. They can't vote for a member of Congress, or the president of the United States. Their political power is diminished, so the only way you can create an effective strategy is to use data as your main tool for discussion."

Santo hopes that his efforts to collect and improve data that reveal the reality of life on the island will speak for itself, giving the citizens who are still affected by Hurricane Maria (yes, still) the political power they may otherwise lack.

Read This Next
When it Melts, it Floods
Why Sea Levels Along The US East Coast Are Rising at Different Rates
Futurism
Alphabet Has Officially Launched Balloons that Deliver Internet In Puerto Rico
Futurism
Elon Musk Wants to Give Power to Puerto Rico. Will it Cause More Harm Than Good?
Futurism
Google's Internet-Beaming Balloons Will Soon Be Floating Over Puerto Rico
More on Future Society
I Silence Thee
Jan 28 on futurism
Leaked Messages Seem to Show Elon Musk Using Twitter to Punish His Enemies
Gas Giant
Jan 27 on the byte
Journalist Eats Lab-Grown Chicken, Gets "Weirdly Gassy"
Musk Rats
Jan 26 on the byte
Twitter Is Quietly Re-Suspending the Lunatics Elon Musk Let Back On
READ MORE STORIES ABOUT / Future Society
Keep up.
Subscribe to our daily newsletter to keep in touch with the subjects shaping our future.
+Social+Newsletter
TopicsAbout UsContact Us
Copyright ©, Camden Media Inc All Rights Reserved. See our User Agreement, Privacy Policy and Data Use Policy. The material on this site may not be reproduced, distributed, transmitted, cached or otherwise used, except with prior written permission of Futurism. Articles may contain affiliate links which enable us to share in the revenue of any purchases made.
Fonts by Typekit and Monotype.