How Dead Stars Could Give Us Insight Into the Higgs Mechanism 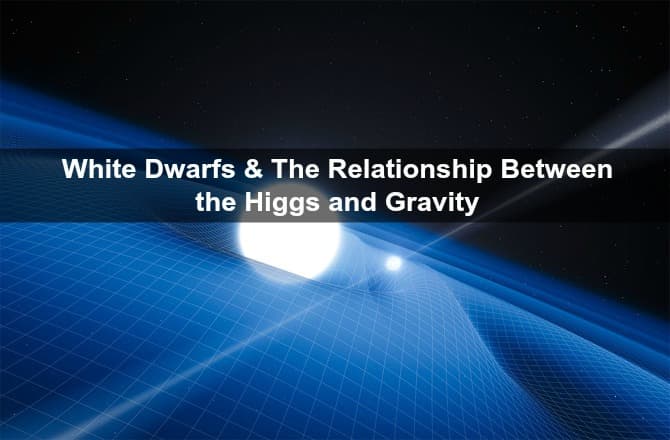 Ever since the discovery of the theoretical particle known to give certain particles (but definitely not all of them) mass, called the Higgs Boson, it has continued making headlines for one reason or another. First, we've seen a lot of back and forth questioning whether the particle picked up by CERN's Large Hadron Collider is indeed the elusive particle. After receiving confirmation, we explored the possibility that it played a role in the big bang (and the moments that followed). Naturally, a few not-all-that-surprising doomsday scenarios even popped up; things that have profound implications all across the board.

WATCH: “Your Mass is NOT From the Higgs Boson”

Now, an international league of physicists has banned together to suggest that, because there is a steady relationship between mass and gravity, there might also be a discernible link between gravity and the Higgs mechanism (which extends from the particle, to its accompanying field). The physicists now want to put that prediction to the test by searching for a special signature — this so-called signature, in and of itself, is predicted by the Standard Model of Particle Physics (the discovery of the Higgs was one of the last missing pieces of the puzzle) — in the curvature of spacetime, which would give us unprecedented knowledge about the large-scale nature of the Higgs Mechanism itself.

“Conceptually, I think that our work is trying to create a common language between microphysics and macrophysics in the following sense,” explained co-author Roberto Onofrio (from the University of Padova and the Harvard-Smithsonian Center for Astrophysics).

More specifically, a new paper that was recently published in the Astrophysical Journal attempts to reconcile the quantum properties of the Higgs Boson with the predicted macroscopic attributes. The paper — which specifically deals with any potential consistency issues or contradictions at large and small scales —  centers on white dwarfs. For those unfamiliar with them, white dwarfs are all that remain after Sun-like stars exhaust all of their fuel supply. Once they shed their outermost gaseous layers, their mass is crammed into dense cores about the size of Earth: white dwarfs.

Going back to the Higgs, the paper puts forth the notion that, by studying the light generated by white dwarfs, we might be able to indirectly measure the effect on which the Higgs field has on the curvature of spacetime (this warping is a direct consequence of significant concentrations of matter/mass).

Presently, no such connection has been found, but the research has just begun, with the search only focused on two stars; BPM 27606 and Procyon B. Similarly, as Discovery News also notes, "They have set the first upper bounds on Higgs-gravity coupling in an astrophysical environment. This first search has therefore set out a methodology for future surveys of other white dwarf stars so they could, potentially, be used as stellar Higgs field laboratories." [su_divider text="Go back to top" size="2"]