Crypto Bros Furiously Angry After Failing to Buy the US Constitution

Who could possibly have seen this coming? 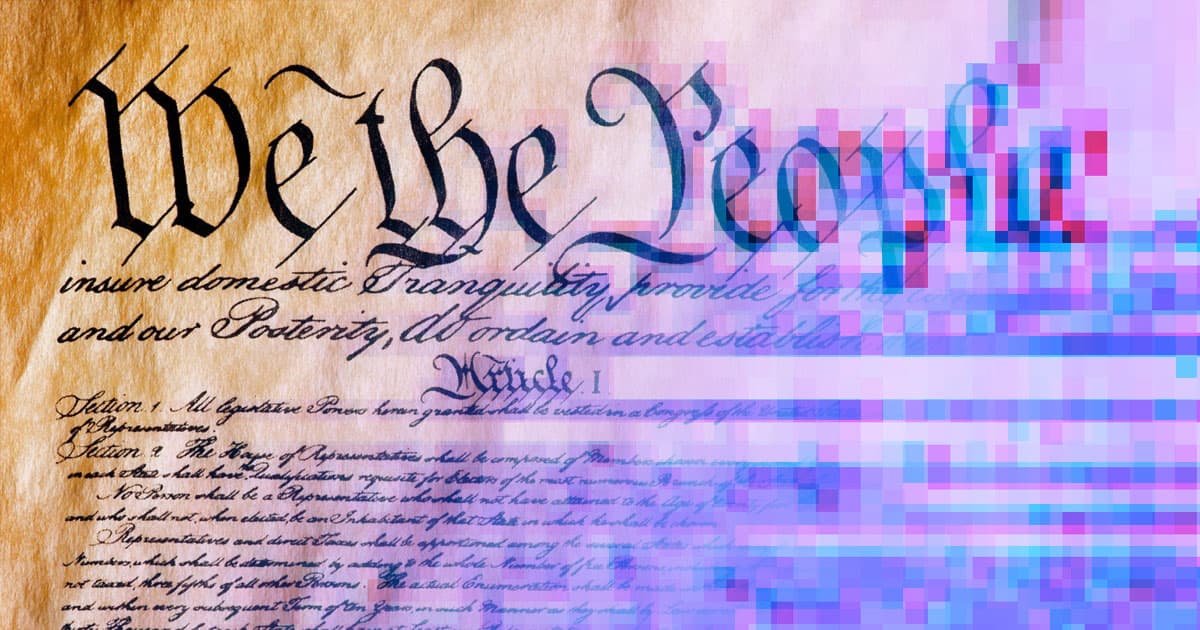 After failing to purchase a copy of the US Constitution, a community of crypto enthusiasts are now what experts might describe as "Big Mad."

It all began when the group, known as ConstitutionDAO, set out to purchase a copy of the founding document in an auction held by British fine arts brokers Sotheby’s, Vice reported. It was your classic meme investment, inspired by the classic Nic Cage action-adventure vehicle "National Treasure" — you know, the one where he steals the Constitution.

However, despite attracting more than 8,000 investors and raising more than $3 million to bid on the document, the group ultimately lost out to hedge fund CEO Ken Griffin. Now, Vice reports that the community’s Discord has fallen into a mess of disarray and anger — with much of the fury directed at the community’s organizers and their confusing messaging.

A large part of the anger seems to stem from the community’s $PEOPLE token, which was only awarded to people who donated one ethereum (ETH) to the effort to purchase the copy of the Constitution. The token ostensibly gave its owner voting rights on what would happen to the copy if the group actually won the auction.

"You are receiving a governance token rather than fractionalized ownership of the artifact itself. Your contribution to ConstitutionDAO is a donation with no expectation of profit," the group’s website said. "Some examples of this would be voting on advisory decisions about where the Constitution will be displayed, how it should be exhibited, and for how long."

However, ConsitutionDAO’s organizers announced that they would move away from the $PEOPLE token in favor of a new "We The People" token called $WTP, according to Vice. Owners of the new, to-be-created token would be able to vote on the direction the group would move in the future.

Obviously, this resulted in the price of $PEOPLE crashing like the box office returns of your average Nic Cage movie. The many owners of the token were furious at the move, but were able to push ConstitutionDAO to abandon the $WTP effort and issue refunds to investors.

There’s also the minor issue of exorbitant fees on crypto platforms. Vice attempted to contribute $200 to the project and reported that an outrageous $90 got eaten up by various transaction costs.

This is a timeless lesson in meme investments. While they sometimes can sometimes feel empowering, there’s also a big chance a project will flounder and go nowhere — leaving behind a lot of angry and US Constitution-less investors in its wake.

Read This Next
La La La
SBF's Dad Kept Sticking His Fingers in Ears During Court Hearing
Sword Art Online
Guy Who Invented the Word "Metaverse" Building His Own Metaverse
Rube Goldbergian
The Dune NFT Project Is Back With an Inscrutable New Scheme
Crypto Fail
The CEO of Coinbase Gets Brutally Owned, May Never Recover
Sad!
Melania Trump Accused of Secretly Buying Her Own NFT to Avoid Disgrace
More on Future Society
Finders Keepers
Yesterday on the byte
China Wants the Corpse of Its Balloon Back After the US Killed It With a Missile
Rough
Monday on futurism
Elon Musk's Twitter Is Reportedly Failing Miserably to Contain Horrific Child Abuse Content
YouTube Propaganda
Monday on the byte
Experts Say There's Something Very Weird About North Korean YouTubers
READ MORE STORIES ABOUT / Future Society
Keep up.
Subscribe to our daily newsletter to keep in touch with the subjects shaping our future.
+Social+Newsletter
TopicsAbout UsContact Us
Copyright ©, Camden Media Inc All Rights Reserved. See our User Agreement, Privacy Policy and Data Use Policy. The material on this site may not be reproduced, distributed, transmitted, cached or otherwise used, except with prior written permission of Futurism. Articles may contain affiliate links which enable us to share in the revenue of any purchases made.
Fonts by Typekit and Monotype.