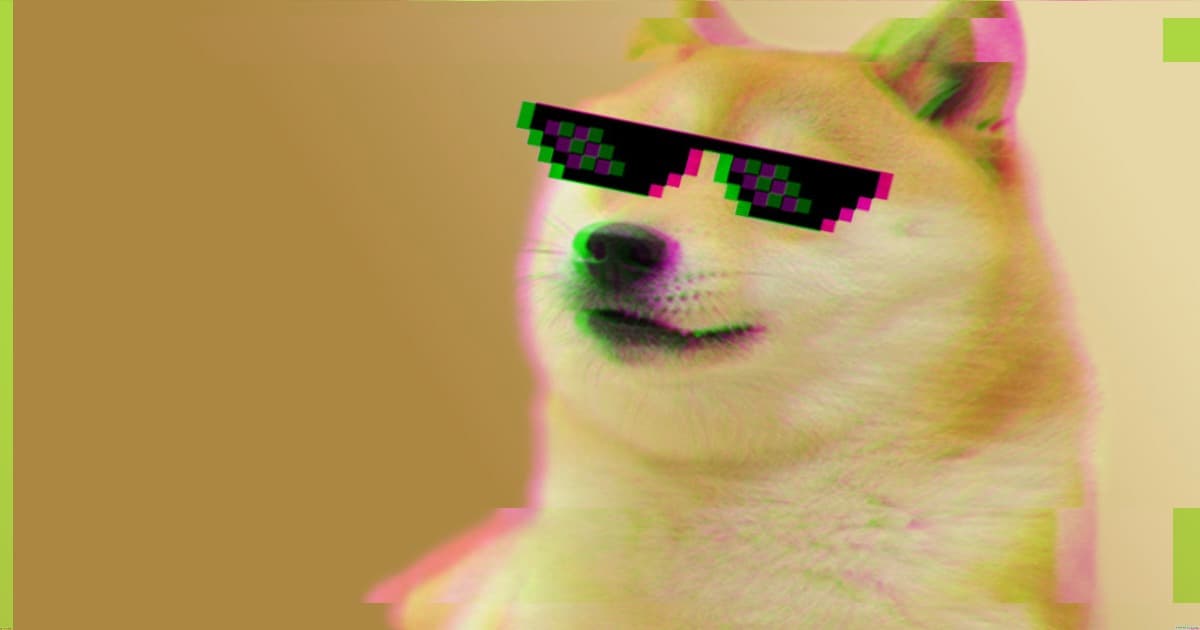 Doge is now the highest-earning NFT meme ever.

Doge is now the highest-earning NFT meme ever.

An NFT of the "Doge" meme sold for more than $4 million on Friday — making it the most ever paid for an NFT of a meme.

The image was put up on the auction website Zora by Atsuko Sato on Tuesday, according to Insider. Sako is the owner of the original Shiba Inu made famous by the Doge meme.

On Friday, a bidder who goes by the handle @pleasrdao won the NFT for 1,696.9 (nice) Ethereum, which is worth roughly $4 million at the time of reporting.

That might seem rather silly, but it's provided a way for folks who have created or been depicted in various memes over the years to finally be able to make money from them.

For example, Chris Torres, the creator of the Nyan cat GIF, was able to sell an NFT of the GIF for nearly $600,000 in February, according to Insider. Zoe Roth, who's depicted in the "Disaster Girl" meme, sold the original image of her meme for nearly $500,000 in April.

"Being able to sell it just shows us that we do have some sort of control, some sort of agency in the whole process," Roth told the Raleigh News and Observer.

So as much as NFTs might seem like another flash in the pan tech fad, they’re also a way for many creators to regain control over their likeness and creations — which can be especially hard when they reach meme status.

More on NFTs: Anthony Weiner May Sell Infamous Nude Tweet as an NFT

Elonely Planet
Elon Musk Shares Incredibly Stupid Meme Stolen from iFunny
Apr 28
Read More
Memes Roundup
The Most Brutal Memes About How the Metaverse Will Trap Us in a Human Meat Farm
Jan 15
Read More
Gassy Girl Boss
Reality TV Star Stops Selling Her Farts in Jars to Sell Fart NFTs Instead
Jan 5
Read More
+Social+Newsletter
TopicsAbout UsContact Us
Copyright ©, Camden Media Inc All Rights Reserved. See our User Agreement, Privacy Policy and Data Use Policy. The material on this site may not be reproduced, distributed, transmitted, cached or otherwise used, except with prior written permission of Futurism. Fonts by Typekit and Monotype.