How To Create Electricity From Falling Water 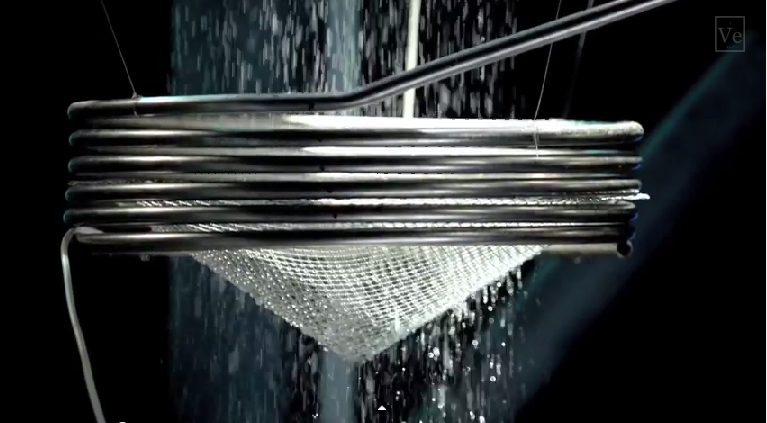 A simple experiment called "Kelvin's Thunderstorm" can produce electrical sparks from running water. That's right, electricity with absolutely no machinery required. The latest episode of Veritasium explains the physics behind the phenomenon.

Using nothing but two streams of running water travelling through metal mesh Derek, from Veritasium, explains in the episode how you can generate sparks of 5,000 to 10,000 volts of electricity. You can even replicate the experiment at home if you have the right equipment. The episode helps explain in more detail the physics behind an experiment, which Derek originally demonstrated in his recent collaboration with The Hunger Games.

As the video explains, water most often has a neutral in charge. This is because any positive and negative molecules cancel each other out. Of course, there is naturally some variation there's some natural variation, so with two shower heads (occasionally) one side will become more negatively charged than the other.

So if you connect mesh between two shower heads, if the mesh on the left becomes negatively charged (because of the water running through it), it will cause the ring on the top right to become negatively charged too. This negatively charged top ring attracts positively charged water molecules, eventually making the whole stream positive. In the end, this feedbackgives us two streams that has water with different charges. One will be positive and the other negative. When the charge gets great enough it can cause a jump  from the negative to the positive side of the metal, causing a spark of electricity, and resetting the system.

It's not enough to power our houses, but it's pretty neat. See the first video in the series below.