Could There be Life on Venus? One Scientist Thinks So: 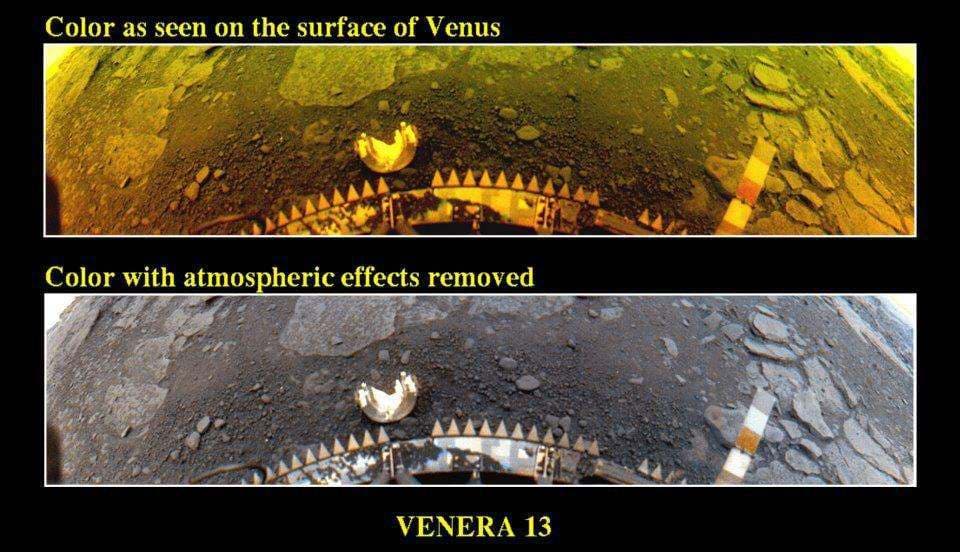 Unlike Jupiter, Saturn, Uranus, and Neptune,Venus appears very similar in composition to Earth. It is nearly the same size as our own planet, and it is also a rocky world. However, it wasn't until Harry Wexler, head of the U.S. Weather Bureau, instigated a "Project on Planetary Atmospheres" in the 1940's that we learned that the atmospheres of our terrestrial neighbor is radically different from our own. Yet, initially, it seemed that it might be an ideal candidate for hosting alien life.

Once Wexler began to collect information about the Venusian atmosphere, the general consensus amongst the scientific community was that Venus was likely an Earth-like abode, a kind of perpetual steam bath. They assumed that it had a rock scattered surface (a little like a sauna) under a perpetually cloudy sky. Now, we know that the only portion of this assumption that is true is the cloud part.  Not only is Venus a dry wasteland, it is covered in a very thick atmosphere chock-full of carbon-dioxide. In fact, the atmosphere is so thick, it has created a runaway greenhouse effect, causing the temperature of the planet to soar to 460 °C (860 °F).

Most of what we know about Venus' surface can be attributed to the Russian Venera project, which was the first project to land a probe on another planet and the only mission that has successfully landed a rover on Venus. The Venus terrain is notoriously hostile to not only life, but man made machinery, which makes the engineers of the Russian Venera program (which took place almost 60 years ago) all the more impressive. Most of the probes sent to the planet only transmitted data back to Earth for about 50 minutes, with Venera 13 lasting a whopping 127 minutes. Venera 13 and Venera 14 were the only two probes that had cameras that functioned normally. They sent a few low-quality images back to Earth. Those images remain our only peek at the surface of Venus.

Despite the information we have about the planet and its volatile environment, one scientist, who was a senior researcher at the Space Research Institute, has examined some of these panoramic images sent back from Venera-13 and believes that there are three objects in one of the photos that have characteristics of living organisms. Dr. Leonid Ksanfomality was also a contributor to the Venera missions that took place in the 1970-80's, and his discussion of these objects was published in the January 2012 issue of the journal "Astronomicheskii Vestnik (Solar System Research)."

You can read a Q&A of his observations in the images here:

The Venera-13 probe landed on Venus on March 1st, 1982 in Navka Planitia in the eastern part of an elevated region called "Phoebe Regio." All of the images transmitted from Venera-13 were from this point on the planet. Dr. Ksanfomality has spent many, many days over the course of the last 30 years trying to identify objects from the panoramas, along with any other phenomena associated with their appearance, disappearance, or small changes in their shapes. He has some pretty keen observations in relation to several of the photos.

Of the images, he asserts, "On the first image (7 min), on the ejected soil is a shallow oblong groove visible, with its length about 100 mm. In the second image (20 min) sides of the grooves are raised, and the length increased to about 150 mm. The orientation of the grooves is the same as that of the ‘scorpion’. In the picture of the 59th min a part of the regular structure of the ‘scorpion’ appeared...On the 93rd minute, the ‘scorpion’, apparently, recovered completely from the soil that filled it, that was consisting a layer probably not exceeding a 1–2 cm. Thus, the rescue operation of the object took about 1.5 hr. One can assume that this indicates its limited physical abilities. On the 119th min it was no longer visible.”

Below is a larger version, which more clearly reveals the "scorpion," and you can read a full description here:

So do Dr. Ksanfomality's observations measure up, or is this another case of pareidolia akin to seeing faces and pyramids on Mars? It's quite likely this is just a case of a mechanical component, like a camera lens cover popping off after landing, instead of a living creature being snapped on the move, but it brings up a few interesting questions about habitability of other celestial bodies in our solar system and beyond. It's also a lesson in skepticism and critical thinking.

We'd love to hear your thoughts on Ksanfomality's paper, life on Venus and life anywhere else in this solar system.. perhaps beyond that of the Milky Way. Assuming one of our probes were to take an image of an extraterrestrial life form, should the government give us full disclosure? Do you think mankind could collectively accept it?