If you pry a police GPS tracker off your car, should they be able to charge you with theft? 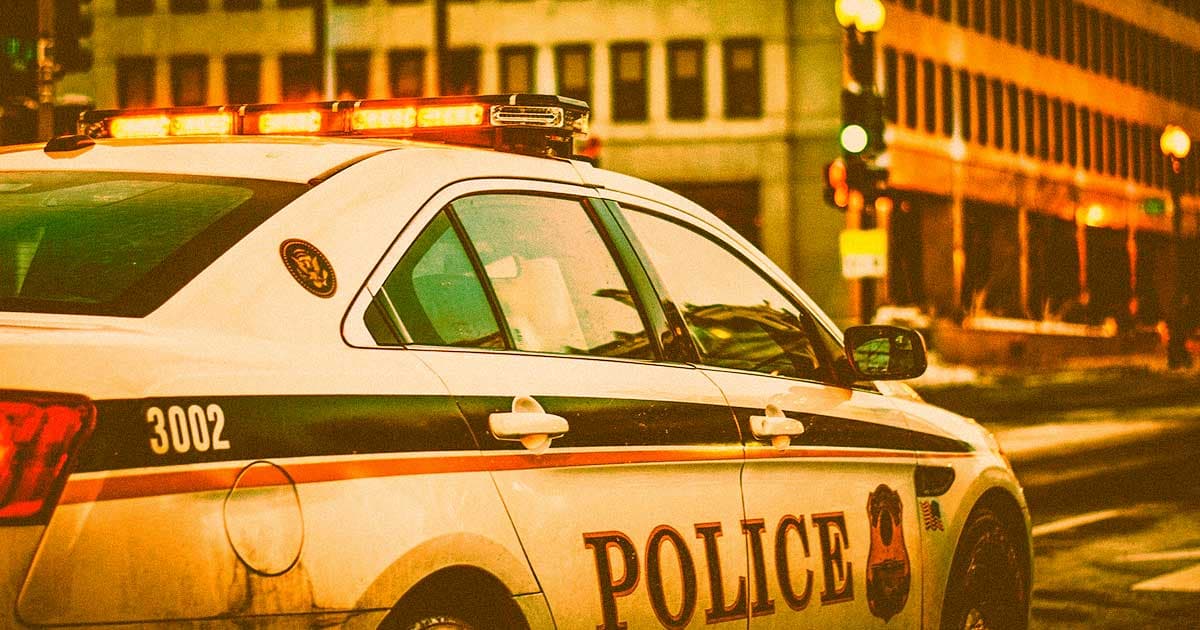 If your ex secretly put a GPS tracker on your car and you found and removed it, the idea of them taking you to court for theft of the device would be laughable.

But what if instead of an ex, it was a police officer that placed the tracker on your car because they thought you were dealing meth?

That's the bizarre basis for a case currently being heard by the Indiana Supreme Court. The background: In July 2018, the Warrick County Sheriff's Office obtained a warrant to put a GPS tracker on a vehicle belonging to a man named Derek Heuring, because confidential informants said he was using it to sell methamphetamine.

About a week later, the tracker stopped transmitting. Ten days after that, the detectives applied for and obtained a warrant to search both Heuring's home and a property owned by his parents, using their suspicion he'd "stolen" the GPS tracker as the necessary probable cause.

During their search, they found the tracker, meth, and drug paraphernalia, so they charged Heuring with dealing drugs and theft.

Heuring's legal team is now arguing that the search of his home was illegal. After all, it wouldn't be theft to remove a GPS tracker placed illegally on your vehicle by another private citizen, so how could the police claim "theft" as the basis for their search warrant?

A lawyer for the government, meanwhile, is arguing that it was theft because the device was police property and placed on the vehicle legally — but Heuring had no way of knowing that, since the GPS tracker had no markings indicating it belonged to law enforcement.

Ultimately, the Indiana Supreme Court could decide against Heuring, as the lower court did. But there's also a chance that it'll agree with him that the search was illegal and throw out all the evidence against him.

If that happens, it might compel law enforcement to begin identifying any tracking devices they place on suspects' cars as "property of the government." That would be enough to indicate that the device was placed on the car legally, which would make the removal of discovered trackers theft.

That would mean that while law enforcement will still be able to secretly track citizens with a warrant, at least citizens won't find themselves in even more trouble just because they catch the cops in the act.

More on GPS trackers: Parents Are Giving Kids GPS Trackers That Can Be Hacked by Creeps

Read This Next
Brands We Love
A Virtual Phone Number Lets You Connect With Anyone While Keeping Your Real Number Private
The Eye
A Growing Number of Countries Tap Phone Data to Track COVID-19
Brands We Love
Identity Theft Is a Real Threat. Luckily, Modern Tech Offers Real Solutions.
Cost of Living
This Company Is Paying People $1,830 to Film Them Constantly
Access Granted
Cops Can Now Get Warrants for Entire DNA Websites
More on Future Society
Balloon News
Yesterday on futurism
China Says "Spy Balloon" Soaring Over America Is Completely Innocent
Down in Flames
Wednesday on the byte
Elon Musk Apparently Thinks Twitter Is a "Flaming Dumpster Rolling Down the Street"
All Tomorrow's Pa...
Wednesday on the byte
Party Startup Says It Has Zero Plans to Make Any Money With Investors' Funds
READ MORE STORIES ABOUT / Future Society
Keep up.
Subscribe to our daily newsletter to keep in touch with the subjects shaping our future.
+Social+Newsletter
TopicsAbout UsContact Us
Copyright ©, Camden Media Inc All Rights Reserved. See our User Agreement, Privacy Policy and Data Use Policy. The material on this site may not be reproduced, distributed, transmitted, cached or otherwise used, except with prior written permission of Futurism. Articles may contain affiliate links which enable us to share in the revenue of any purchases made.
Fonts by Typekit and Monotype.