"This will be the next industrial revolution." 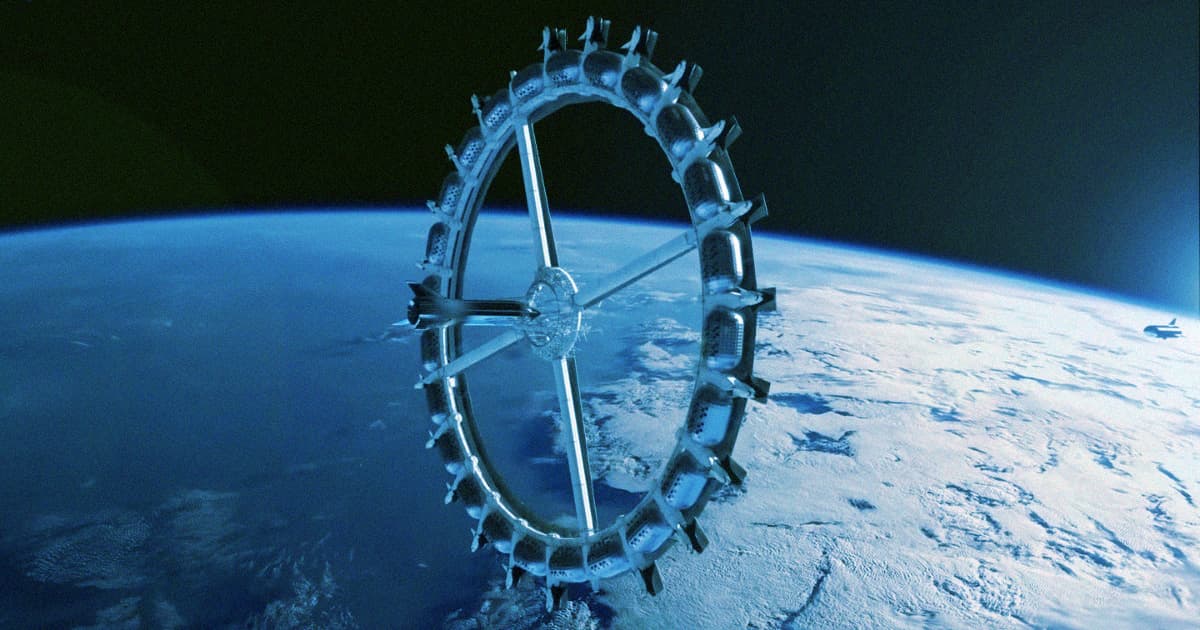 A space colonization company has some bold plans to turn a specific kind of science fiction into reality: Artificial gravity. Which you may recognize from, say, Interstellar, The Martian, Halo, Cowboy Bebop, 2001: A Space Odyssey, and more.

The Orbital Assembly Corporation's (OAC) bold vision? To construct a gigantic orbital space station called Voyager that can hold up to 400 passengers. And then, spin fast enough to provide them with artificial gravity, as Space.com reports — and they want to get started as soon as 2025.

OAC's medical advisor Shawna Pandya presented the idea during a one hour long event on January 29.

If the company can actually achieve this incredibly ambitious goal, Voyager could become the largest human-made structure in space. It will even feature bars, libraries, gyms, and a spa.

OAC has at least plenty of expertise among its ranks, including NASA vets, engineers, and pilots.

The company is hoping to start with sending a smaller scale prototype into orbit, 200 feet in diameter, which will spin fast enough to simulate the gravity of Mars.

A giant robot called the Structure Truss Assembly Robot (STAR) will then build the much bigger Voyager station piece by piece — while in orbit.

"This will be the next industrial revolution," John Blincow, founder of The Gateway Foundation and the CEO of OAC, promised during the event.

OAC claims it already has commissioned a STAR prototype which will be tested in California.

To say that the company has plenty of hurdles to still overcome would be a gross understatement. We don't even know if spinning up a man-made structure in space will provide the angular momentum needed to create artificial gravity.

And then there's the matter of money. OAC is open for private investment until April 1, but even with the likes of SpaceX bringing down the cost of flying cargo to orbit, building a space station is arguably going to be prohibitively expensive. So far, the company has raised $1 million.

But OAC has done its homework. Their extravagant vision of space colonization may not materialize within the coming decades — even if they manage to fly a single piece of its station into space before then.

More on the Gateway: A Startup Wants to Launch a Space Hotel Named After a Nazi

Read This Next
Water Elemental
NASA Astronaut Says He Almost Drowned During Spacewalk
Futurism
The Possible Reality of Artificial Gravity
More on Sci-Fi Visions
Target Practice
Jun 22 on the byte
Local Residents Threaten to Shoot Amazon Drones Out of the Sky
I'm Levitatin'
Jun 21 on the byte
Scientists Are Getting Better and Better at Levitating Objects With Sound Waves
FROM THE DEPT. OF...
Jun 10 on futurism
Best Places to Buy A Laptop
READ MORE STORIES ABOUT / Sci-Fi Visions
Keep up.
Subscribe to our daily newsletter to keep in touch with the subjects shaping our future.
+Social+Newsletter
TopicsAbout UsContact Us
Copyright ©, Camden Media Inc All Rights Reserved. See our User Agreement, Privacy Policy and Data Use Policy. The material on this site may not be reproduced, distributed, transmitted, cached or otherwise used, except with prior written permission of Futurism. Fonts by Typekit and Monotype.