The paper was way too coherent and well-structured. 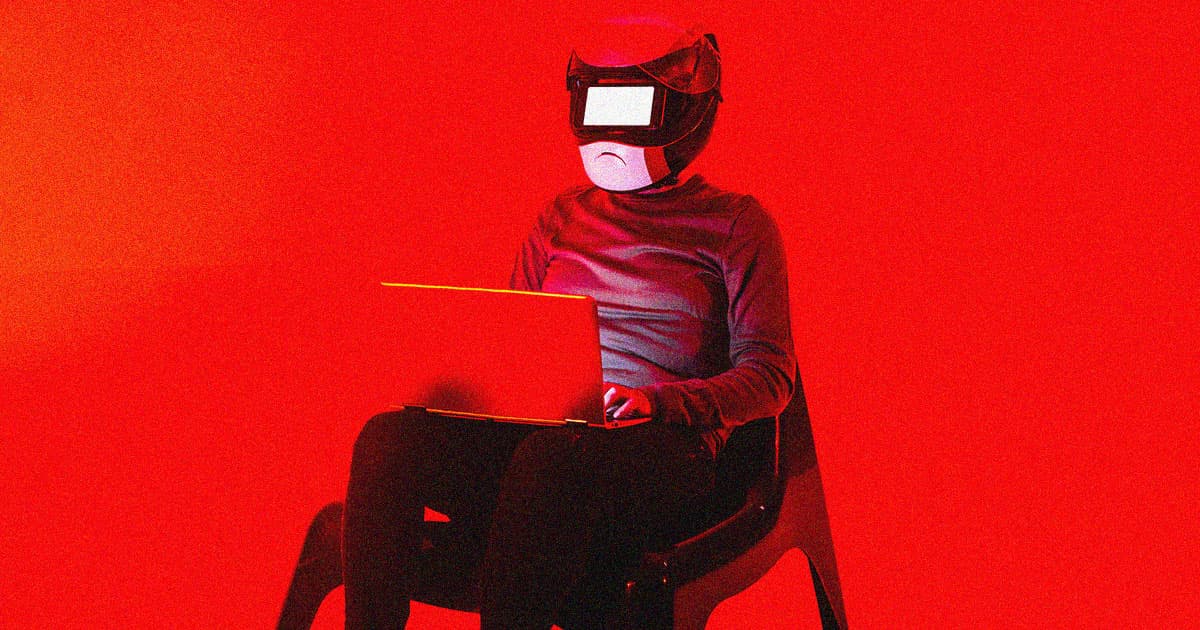 The student later confessed, as The New York Times first reported, ushering in a strange future for higher ed in a world in which powerful chatbots can generate entire essays from a single prompt.

"I had them rewrite the paper," Aumann told Futurism. "That's what I almost always do in plagiarism cases."

The student won't be facing any more serious consequences — unless they get caught again.

"I want the students to actually learn the material, and the only way they can do that is by actually completing the assignment," Aumann said. "I fail students for an assignment or a class only if they are repeat offenders."

It's not just Aumann struggling with the rise of AI chatbots like ChatGPT. As a result of these tools becoming accessible to pretty much anybody with an internet connection, education departments across the entire country are adjusting workflows and redesigning entire courses, according to the NYT, forcing students to submit handwritten essays or introducing oral exams.

ChatGPT may have only been available to the public for a matter of months, but officials are already putting their foot down. The New York City and Seattle public school systems have already banned ChatGPT outright on own networks and devices.

"I think the sentiment behind the ban is reasonable," Aumann told us. "They want to make sure that their students are learning the critical thinking skills that are part of learning how to write."

But universities aren't likely to follow suit. After all, skirting around these restrictions is trivially easy.

"University administrators want to give individual faculty members the freedom to respond to ChatGPT in the way they see fit," Aumann said. "Does this mean that there will be patchwork policies across different classes and departments at each university? Absolutely. But, in a sense, that's just life in academia."

Even tools designed to assist teachers in catching students secretly making use of AI tools like ChatGPT will likely be of little use.

"Students can change a few words from what ChatGPT produced, introduce some grammatical infelicities, and the detectors no longer think it's written by a chatbot," Aumann told Futurism. "Will these detectors also improve with time? Yes. But probably not enough to keep pace with the development of the chatbots themselves."

Besides, the cat is already out of the bag — so it'd be pointless to fight ChatGPT in the classroom, the professor argued.

"Students will have access to it the second they graduate," he told Futurism. "Plus, students already lament that there is a big gulf between 'real life' and 'academia.'"

"So, ignoring ChatGPT or just trying to prevent its use is a big mistake, in my mind," Aumann concluded.

That still leaves the question of what student life will look like in the future. But the transition to a new AI-assisted reality may be a lot smoother than one might expect.

In other words, it may not be as massive of a paradigm shift as the media's breathless coverage of the tool may suggest.

"Our goal has always been to teach students not just to mindlessly defer to others but to decide for themselves what to believe," Aumann said. "So, perhaps incorporating ChatGPT into the fold won't be as difficult as people say."

For his part, Aumann has decided to adjust his own essay writing course, and will require drafts to be written in the classroom on computers that are being actively monitored.

He's planning on encouraging his philosophy students to "react to ChatGPT in the same way they would any other philosophical source," meaning that they will be asked to evaluate its reasons and arguments.

AI tools like ChatGPT are already improving at a breakneck pace, which will likely make it even easier for students to abuse them.

At the same time, this kind of rapid development should encourage educators to get ahead of any potential friction and learn to adapt to this new reality — there are certainly plenty of lessons to be learned along the way for everybody involved.

More on ChatGPT: Professors Say ChatGPT Is Writing Terrible Papers That Would Get Failing Grades

Read This Next
Naughty Botty
Amazing "Jailbreak" Bypasses ChatGPT's Ethics Safeguards
Immortality Lite
Metaverse CEO Says ChatGPT Is Speeding Up Timeline for Emulating Dead People
Let Them Fight
Whatever You Think of BuzzFeed's AI Quizzes, They're Way Less Horrible Than What CNET Has Been Doing
Bot Wreck
Red Ventures Knew Its AI Lied and Plagiarized, Deployed It at CNET Anyway
Chinese Chatbots
Chinese Company Gearing Up to Release Powerful ChatGPT Competitor
More on Artificial Intelligence
We're in Hell
Yesterday on the byte
Scammers Are Already Convincing Idiots They Can Get Rich Using ChatGPT
Bing Bing Bing!
Yesterday on the byte
Microsoft Appears to Have Accidentally Launched New Bing With ChatGPT Functionality
Year of Efficiency
Feb 3 on the byte
Zuckerberg Says Facebook Will Lean Hard Into AI
READ MORE STORIES ABOUT / Artificial Intelligence
Keep up.
Subscribe to our daily newsletter to keep in touch with the subjects shaping our future.
+Social+Newsletter
TopicsAbout UsContact Us
Copyright ©, Camden Media Inc All Rights Reserved. See our User Agreement, Privacy Policy and Data Use Policy. The material on this site may not be reproduced, distributed, transmitted, cached or otherwise used, except with prior written permission of Futurism. Articles may contain affiliate links which enable us to share in the revenue of any purchases made.
Fonts by Typekit and Monotype.