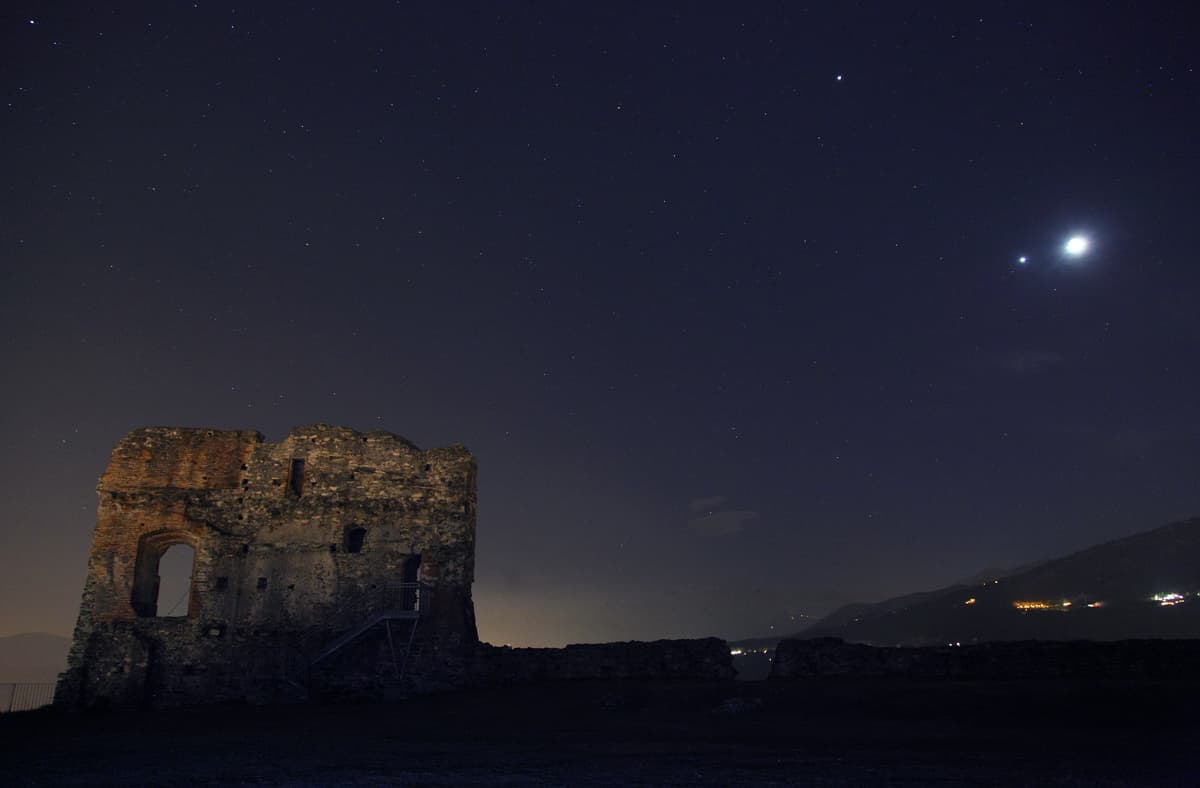 Look Up! This week, you can see Venus & Jupiter shining side-by-side (if you get up early enough). The closest conjunction of two planets in 2014 is going to occur just before sunrise on August 18th. If you wake up 90 to 60 minutes before sunrise you will get a great view of the planets as they dance across the sky. Best of all, it’s not just any two planets coming together — it's the brightest planets in the sky — Venus and Jupiter.

They’ll be rather low in the sky, and you’ll need an unobstructed horizon in the direction of sunrise to see them. However, you won't need to worry too much about cloud cover, as these two worlds will remain close to one another for several days.

NASA offers more detail about how and when to view:

You can tell them apart by their luminosity: Venus shines 6 times more brightly than Jupiter, a result of Venus's super-reflective cloud cover and proximity to Earth. As mid-August unfolds, the conjunction improves. The best morning to look is Monday, August 18th when Venus and Jupiter will be just two-tenths of a degree apart. Now you can hide them behind the tip of your outstretched little finger.

Although optics are not required to see this amazingly bright pair, if you have binoculars, use them. A quick scan of the sky around Venus and Jupiter reveals that the two worlds are not alone. The planets have converged right beside M44, the Beehive Cluster. Located about 500 light years from Earth, this busy cluster of stars is barely visible to the naked eye, but it is an easy target for ordinary binoculars. At first glance it might seem that a pair of supernovas has gone off inside the cluster—but that's just Venus and Jupiter passing by. After August 18th, the two worlds separate again. The mornings of the 19th, 20th and 21st still reward early risers with a beautiful view, but less so each day.

For even more information on when are where to watch, see the video below: