Cicadas Are Crazy Good At Math.. Here's Why 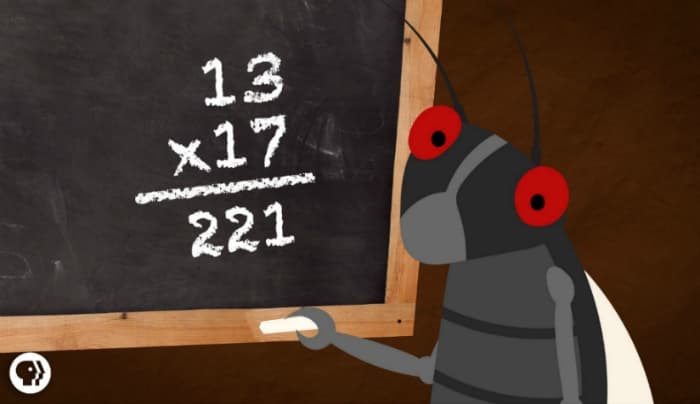 Most people would concede that most insects are the opposite of intelligent (at least by human standards). They can't talk; use the internet; they know nothing about quantum theory; and they have yet to build skyscrapers, or spaceships that can make it to the moon and back... they can't even manage to avoid flying face-first into a glass door.

Yet, some species of the Cicada are whizzes at math, when you think about it. Biologists have long known that many species burrow underground for around a decade or more (between 13 and 17 years, specifically), only coming up to the surface for a few weeks at a time, before returning to their self-imposed exile.

Of course, the creatures—called Periodical cicadas—aren't the only ones who hibernate (or something to that effect) for long periods of time. That, in and of itself, isn't unusual, What is unusual is that certain species 'awaken' at once, all in the same intervals of time, and they seem to have an affinity for prime numbers.

In a new video from PBS studios, Joe Hanson (It's Okay to be Smart) explains why their schedules are synchronized, and how they use math.

WATCH "Why Are Cicadas So Good At Math?"