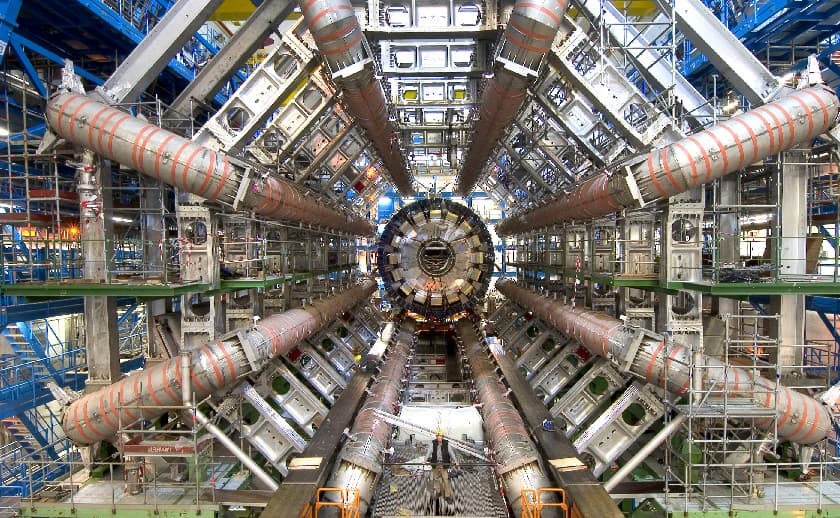 When particle colliders get this big, we start calling them “super colliders,” well, that is exactly what China is planning to build. If successful, this super collider would catapult China onto the stage for particle research and make it the collider capital of the world at the same time. China hopes the new collider will make it a superpower in the realm of “pure scientific research.”

The new collider would dwarf the Large Hadron Collider, currently the world’s largest particle collider. The new collider could have a circumference of 52-km, which is large enough to encircle all of Manhattan with a little room to spare. The Circular Electron Positron Collider (CEPC) would be a “Higgs factory” and, if all goes according to plan, it will be complete in 2028. The project is estimated to cost about 3-billion USD, is entirely possible using technology currently available, and is actually considered a little conservative. China isn’t done yet because they already have their eyes on the future with the construction of a second “super proton proton collider” that will be larger than the CEPC.

The US and different European countries have expressed an interest in building a super collider, but such a project would be huge, taking an enormous amount of research and planning. The most optimistic plans would have such a collider done in 2035. In the meantime, China would build their electron-positron collider without any financial support from the rest of the world. The CEPC would be built with a plan in mind to modify it to aid in the construction of the super proton collider. If China builds the CEPC, it’s entirely probable that China will be home to the super proton collider since we’ll probably only build one.

Elizabeth Gibney from Nature writes, “Electron–positron colliders and hadron colliders such as the LHC complement each other. Hadron colliders are sledgehammers, smashing together protons (a kind of hadron that comprises three fundamental particles called quarks) at high energies to see what emerges. Lower-energy electron–positron machines produce cleaner collisions that are easier to analyse, because they are already smashing together fundamental particles. By examining in detail the interactions of the Higgs boson with other particles, the proposed Chinese collider should, for example, be able to detect whether the Higgs is a simple particle or something more exotic. This would help physicists to work out whether the particle fits with predictions made by the standard model of particle physics, or whether, for example, multiple types of Higgs boson exist.”

At the moment, the only thing really stopping China from building the CEPC is China itself. The Chinese government hasn’t  agreed to fund the project yet, but Chinese scientists are hopeful. With a growing economic confidence, Chinese and some international scientists believe China is poised to take on such an ambitious project and to really step onto the world stage as a producer of science and research. The other problem with the Chinese collider is the very small community of high-energy physicists. Because of this, the project would have to be international. China’s available talent to actually run the project is too small. It’s also possible that the Chinese government would rather invest in an area of science where the Chinese scientists could play a more prominent role.