Chimeras: Genetic Modification and What it Means to be Human 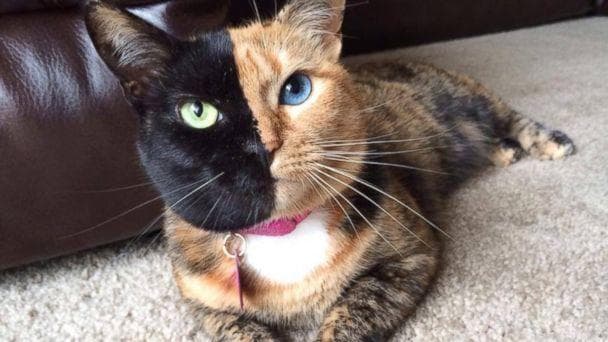 Biology and genetics are terribly, terribly complex. To begin with, you are a lot more than just you. There are roughly ten times as many bacteria cells in the human body as there are human cells. Of the cells that are human, roughly 10% of the DNA is a product of viral ancestry.

If roughly 10% of our DNA comes from this ancestry, it's fairly safe to say that it greatly influenced our evolution. In fact, it is likely that a tiny fraction of the DNA inside each of us came from a species that is not a part of our direct lineage and which went extinct long ago.

So, what is human? What makes us "us"? Where does one organism stop and another begin?

It's More Complex Than You Think

The answers to these questions, it seems, are not simple. So to begin, let's delve into how viruses can fuse with us and make themselves part of our genetic makeup.

Some viruses can insinuate their nucleic acids onto the nucleic acids of another organism. When this subversion takes place, cell enzymes are given new instructions for replication of deoxyribonucleic acid (in other words, DNA). Subsequent DNA will be produced with these same new instructions, and the DNA of the virus proliferates inside the host.

In extreme cases, really cool combinations are possible, as mentioned by Carl Sagan and Ann Druyan: "Bizarre chimerical gene combinations happen more rarely - for example, between bacteria and fish (not only are there bacterial genes in fish today; there are also fish genes in bacteria), or baboons and cats. They seem to have been brought about by a virus attaching itself to the DNA of a host organism, reproducing with and accommodating to the host over the generations, and then shaking loose to infect another species while carrying some of the original host's genes with it. Cats are known to have acquired a baboon virogene somewhere on the shores of the Mediterranean Sea 5 to 10 million years ago."

So you see, the meeting and fusion of difference species is a legacy we carry in our very bodies. Indeed, it's a legacy that is carried in the bodies of all the organisms on Earth. And ultimately, this process has made each individual species what it is today. As a result, it is difficult to separate species into nice, neat categories. They all blend and flow together and various junctures.

And It Gets More Complex: Meet the Chimeras

In ancient Greek and Roman mythology, the chimera was a mix of different species; it was a combination of a lion, goat, and serpent in one form. For many cultures, this animal was the symbol of evil, a crossbreed of darkness. However, in modern genetic science, a “chimeric organism” is hardly so terrifying.

Such organisms are simply lifeforms that contain genetically distinct cells.

Since the ancient, mythological chimera was a monster of evil, you might expect that all chimeric organisms result from man “playing God,”stepping outside his bounds and manipulating nature for his own ends, blending genes from one to another. Yet, this process is actually quite natural.

There are many forms of chimeras. For example, tetragametic chimerism occurs when two ova (two egg cells) are fertilized by two separate cells. Then, later in development, these merge, forming one organism.  This organism will have two different sets of chromosomes. As a result, the chimera may have eyes that are different colors, ovary and testis, or  a liver that is composed of cells that have one set of chromosomes and a kidney that is composed of cells with a second set of chromosomes. In many cases individuals may be chimeras and not realize it.

In short, organisms can carry cells from other organisms and be quite healthy; moreover, experimentation with chimeric organisms may prove beneficial.

One such chimera scientists are trying to create, which combines the common cold with polio, may help cure brain cancer. This was achieved by genetic engineering to remove the polio virus’ disease-causing ability (a piece of genetic code from a cold-causing rhinovirus was spliced into the polio virus genome).

This modified polio virus is called PVS-RIPO, and notably, it kills cancer cells, but not normal cells. The way it works is fairly simple. Duke researchers explain, "PVS-RIPO is infused directly into a patients’ tumor (e.g. in the brain). This assures that the maximal amount of virus is delivered directly to the tumor. Once inside the tumor, PVS-RIPO infects and kills tumor cells." Phase I testing is currently on going at Duke University.

This form of modification can also be beneficial when it comes to organ transplants. Scientists are currently working on ways that non-human animals can be engineered to carry organs that can be transplanted into human hosts, making the problems associated with finding suitable donors problems of the past.

Interestingly, scientists believe that some gynandromorphs are chimeras.

In extraordinary cases, some animals have each chromosome (the male and the female) in very particular physical regions on their bodies. These are known as gynandromorphs — parts of their bodies are male the other parts are female. In perfect bilateral gynandromorphism, the creature’s body is divided in a line down the center. One side is male and the other side is female (however, such conditions are exceedingly rare). It is also possible for these chromosomes to express themselves in different locations externally.

In insects, this condition may be  caused because two sperm enter one egg. As a result, one sperm fuses with the nucleus and creates a female insect, the other continues on alone and creates a male insect — both are at work in one body. In birds it is believed that gynandromorphism is caused by an inability of the sex chromosomes to separate when the newly-fertilized cell first splits in two.

Hopefully, new research will shed some light on this unique phenomenon, and we will have a better understanding soon. For now, it is enough to note that biology, genetics, and even something and seemingly basic as sex is far more complex than it first seems.

WATCH: What are Genes?