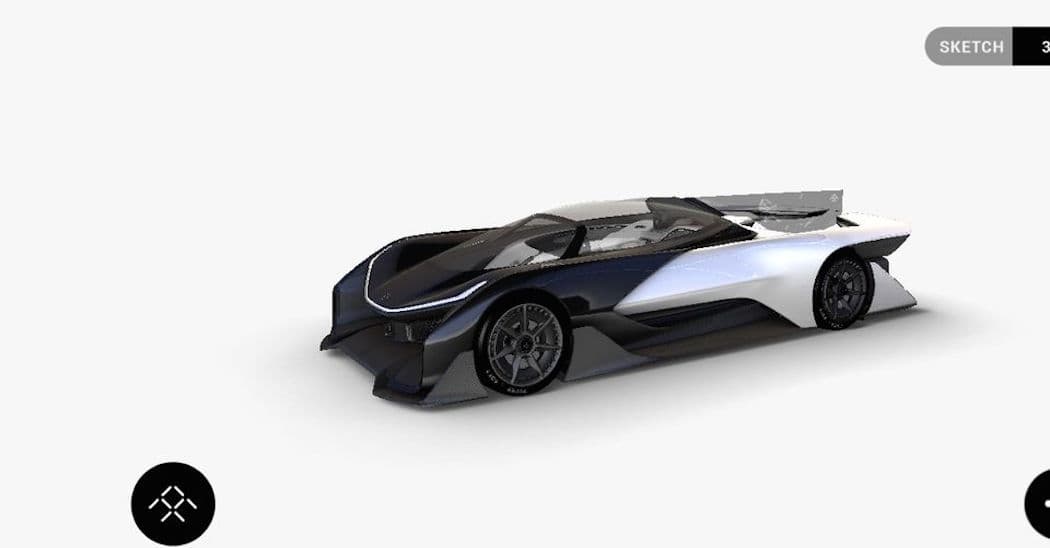 It seems that Faraday Future may have accidentally leaked images of its concept car, just a day ahead of it official unveiling at the CES—the biggest consumer technology show of the year. Images were leaked, unintentionally, via the App Store, after the app showed up prematurely on the listings.

Faraday Future has been touting its vision of “redefining our relationship with the automobile.” And based on that phrase, these changes are coming in the form of a superfast vehicle that can go from zero to 60 in less than three seconds, with a top speed of over 200 miles per hour, thanks to its 1000 horsepower engine.

A Twitter user first noticed the app, whose app details and screenshots were then downloaded.

As far as futuristic vechiles go, Faraday Future’s concept car certainly fits the bill. In fact, the company is forthright about the fact that it’s not a car that consumers would use to run errands in. The company asserts, "We at Faraday Future are extremely proud of this vehicle. Though we are not a race car company, our concept shares its core design DNA with our forthcoming consumer line. The process of building this car inspired us, unlocked our imagination, and allowed us to pursue exciting new engineering objectives without restraint."

However, given that description, it’s safe to assume that a consumer line anchored on the same elements and concept featured in this concept car will be available.

Check out these videos that the company released at the event, which highlight the care is greater detail. We also know that the company claims the car can produce as much as 1000 horsepower

FF has created the Variable Platform Architecture, which provides us with many powerful possibilities. Learn more.

Read This Next
Futurism
A New TV Has Come Out That's 30 Percent Thinner Than An iPhone
Futurism
CES Day One: The Weirdest, Coolest, and Most Futuristic Tech
Futurism
Upgraded Legos Let Kids Code and Bring Designs to Life
Futurism
Stealth Startup Faraday Future Announces Plans for $1B Factory
More on Robots & Machines
From the Dept. of...
12:00 AM on futurism
The Best Desks of 2023
Balloon Pop
Feb 4 on the byte
Footage Shows Chinese Balloon Being Shot Down
From the Dept. of...
Feb 2 on futurism
The Best Mini Fridges of 2023
READ MORE STORIES ABOUT / Robots & Machines
Keep up.
Subscribe to our daily newsletter to keep in touch with the subjects shaping our future.
+Social+Newsletter
TopicsAbout UsContact Us
Copyright ©, Camden Media Inc All Rights Reserved. See our User Agreement, Privacy Policy and Data Use Policy. The material on this site may not be reproduced, distributed, transmitted, cached or otherwise used, except with prior written permission of Futurism. Articles may contain affiliate links which enable us to share in the revenue of any purchases made.
Fonts by Typekit and Monotype.