Explore an amazing array of both new and classic content anytime, anywhere. 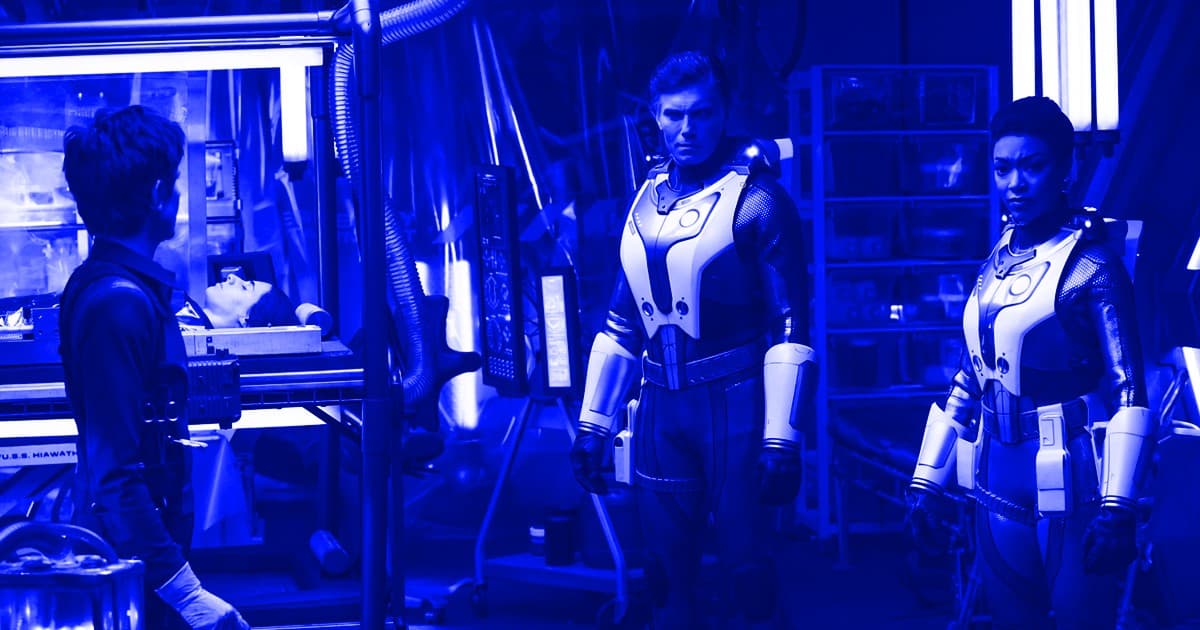 You probably don’t need me to tell you that we’re approaching a critical mass of video streaming  services. More and more are being launched all the time, each with their own blend of back catalog favorites and new original programming. And as the number of streaming services grows, what used to be a simple equation weighing the cost of a streaming subscription or two against paying for cable has become much more complicated. But one of the best and biggest bangs for your streaming buck belongs to CBS All Access, which can be yours for as little as $5.99 a month. And right now, you can try CBS All Access free for one week.

If you are or have ever been a fan of CBS’s legendary catalog of programming, CBS All Access is mandatory viewing. They have more than 10,000 episodes of programs from across the CBS library, including daytime, prime time, and late night shows, as well as classic favorites. New episodes of contemporary series are added almost immediately after broadcast, which means you can stay current on The Late Show with Stephen Colbert, Blue Bloods, Survivor, Big Brother, and anything else you’re used to seeing on CBS.

No streaming service worth its salt lacks exclusive programing. And CBS has pulled out all the stops, giving All Access a respectable range of exclusives, including Star Trek: Discovery and the newest version of The Twilight Zone hosted by Jordan Peele. And if you’re a Star Trek fan, you undoubtedly already know about Star Trek: Picard, another CBS All Access original that will feature Patrick Stewart’s return to his legendary role.

Of course, CBS's live television is also included with CBS All Access. So you can always check out your local CBS affiliate via live stream. It also includes a few other live TV options like CBSN, CBS Sports HQ, and ET Live 24/7. You can even spy on the old Big Brother house at any time of the day or night via the Big Brother live feeds. And let's not forget that the service includes the NFL on CBS.

CBS All Access is available in two different price tiers. If you’re OK with commercial breaks, you can get an ad-supported plan for just $5.99 a month. But if the modern streaming world has you spoiled for commercial-free viewing, you can opt for that, and it’s still a bargain at $9.99 per month. And if you’re in school, (and you can prove it), CBS All Access also offers student plans with a 25-percent discount.

So if you’re ready to give CBS All Access a try, you can do so for a week absolutely free. Head over to the service’s official site to get started and to learn more about all the features it has to offer.

Read This Next
From Our Partners
Pre-Black Friday Doorbusters: Save On A High-End Pocket Projector
From Our Partners
Stream Securely With This Limited-Time Pre-Black Friday Doorbuster
From Our Partners
Save On Great Documentaries With This Pre-Black Friday Sale
From Our Partners
Stop Yelling At The TV With 15% Off This Apple TV Remote
From Our Partners
Stream Video With Professional Effects With Up To 60% Off XSplit
More on Sci-Fi Visions
FROM THE DEPT. OF...
1:22 PM on futurism
Show Your Love for Our National Parks With These Gifts
FROM THE DEPT. OF...
Tuesday on futurism
Early 4th of July 2022 Deals You Can Get Right Now
Plastic Press
Monday on the byte
Kenyan Engineer Invents Method to Turn Waste Plastic Into Sturdy Construction Bricks
READ MORE STORIES ABOUT / Sci-Fi Visions
Keep up.
Subscribe to our daily newsletter to keep in touch with the subjects shaping our future.
+Social+Newsletter
TopicsAbout UsContact Us
Copyright ©, Camden Media Inc All Rights Reserved. See our User Agreement, Privacy Policy and Data Use Policy. The material on this site may not be reproduced, distributed, transmitted, cached or otherwise used, except with prior written permission of Futurism. Fonts by Typekit and Monotype.