Canadian Airport to Use Robotic Falcons to Stop Bird Strikes

Is it a bird? Is it a plane? Actually, it's a little bit of both. 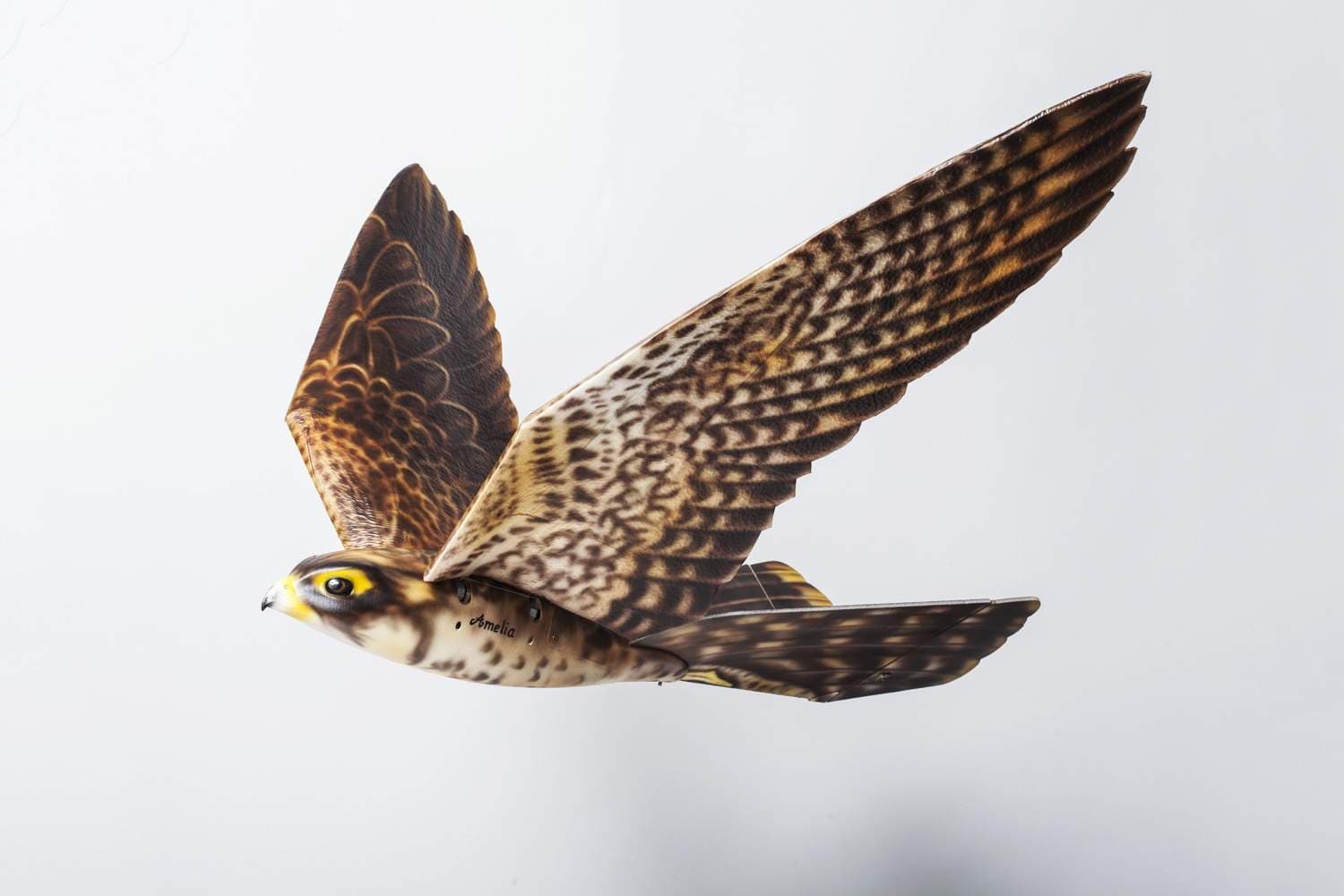 Is it a bird? Is it a plane? Actually, it's a little bit of both.

Canada's Edmonton International Airport (YEG) is planning to deploy robotic falcons in a novel attempt to prevent bird strikes at the airport. The mechanical birds of prey will patrol Edmonton’s runways, scaring away small birds that might otherwise nest nearby passing planes.

The drone birds — made by Netherlands-based Clear Flight Solutions — mimic real falcons, with a detailed feather print and beating wings. Flying in figure-eight patterns alongside airport runways, they will be operated remotely by trained pilots.

"By mimicking their natural counterparts through silhouette and behavior, they are indistinguishable from real-life birds of prey to other birds," said Wessel Straatman, a research and development engineer for Clear Flight Solutions. "Birds instinctively react to the presence of birds of prey, making it less attractive for them to come to that area," he told Digital Trends.

Airport officials hope that their new fleet of on-the-go scarecrows will help make Edmonton safer for birds and planes alike. Bird strikes are a major problem in the aviation world; the FAA reported over 56,000 incidents from 2011 to 2015. For small planes, bird strikes can cause structural damage — especially to their windows; larger passenger jets can suffer engine failure if birds are sucked into their turbines.

Edmonton has not yet announced when it expects to roll out its robotic falcons, but officials have indicated that once deployed, the drones will become a part of the airport’s daily operations.

Read This Next
Buzz Off
Tiny Spies: This Insect-Like Flying Robot is Smaller Than a Penny
More on Robots & Machines
From the Dept. of...
12:00 AM on futurism
The Best Mini Fridges of 2023
Blow Up Doll
Monday on the byte
Ukraine Accuses Russia of Using Inflatable "Dummy Tanks," Which Deflated
From the Dept. of...
Monday on futurism
The Best UPS Battery Backups of 2023
READ MORE STORIES ABOUT / Robots & Machines
Keep up.
Subscribe to our daily newsletter to keep in touch with the subjects shaping our future.
+Social+Newsletter
TopicsAbout UsContact Us
Copyright ©, Camden Media Inc All Rights Reserved. See our User Agreement, Privacy Policy and Data Use Policy. The material on this site may not be reproduced, distributed, transmitted, cached or otherwise used, except with prior written permission of Futurism. Articles may contain affiliate links which enable us to share in the revenue of any purchases made.
Fonts by Typekit and Monotype.