Can Science Explain the Origin of Life? (VIDEO) 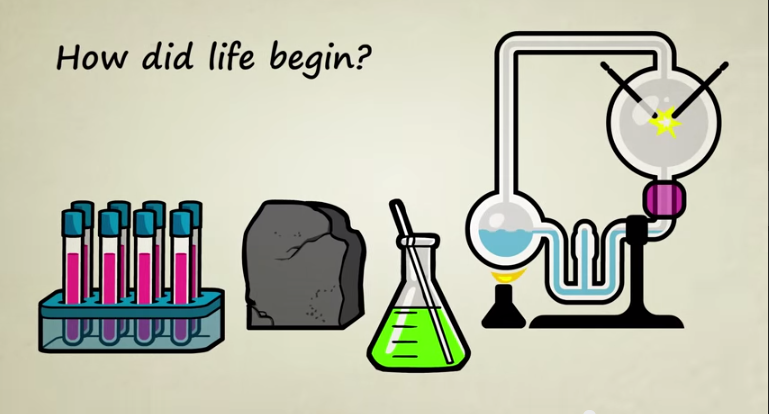 ‘Abiogenesis’ is how life began.  It’s the process that turned normal organic molecules into the self-replicating molecules we call life. The process seems to have only happened once and was wholly different from all other stages of evolution.  Abiogenesis is largely shrouded in mystery.  Why?  Because we can’t exactly dig up fossils of these first living organisms (single cells tend to not preserve very well).

What do we know about the start of life?

Close to 4 billion years ago, the first life must have taken hold; we know this because life was robust enough that, by around 3.5 billion years ago, that the first bacteria were abundant enough to make fossils. Prior to these bacteria, it’s hypothesized that the first form of life was largely made of RNA.  There are several reasons for this hypothesis.  First, because our polymerases (the tiny biological “machines” that put together our DNA and RNA) operate on RNA.  In fact, for your DNA to be copied, it first has to use a RNA primer to get the process started.  You could think of RNA primers as biological “fossils” within our cells, fossils which may be revealing that early life functioned off of RNA.  Second, RNA is oddly versatile.  Not only does it encode information to create proteins, it also can fold to function as an enzyme, called ribozymes.  Meaning, a single strand of RNA could potentially encode for itself and help assemble itself.  Here  is a highly informative, interactive website on this topic.

But how did these very first bits of RNA come about? This video, by Stated Clearly, outlines what we know about the origins of life and how much science can explain.