Can Bill Nye – or Any Other Science Educator – Really Save the World?

Ending anti-science thinking may be too big a task for any TV show. 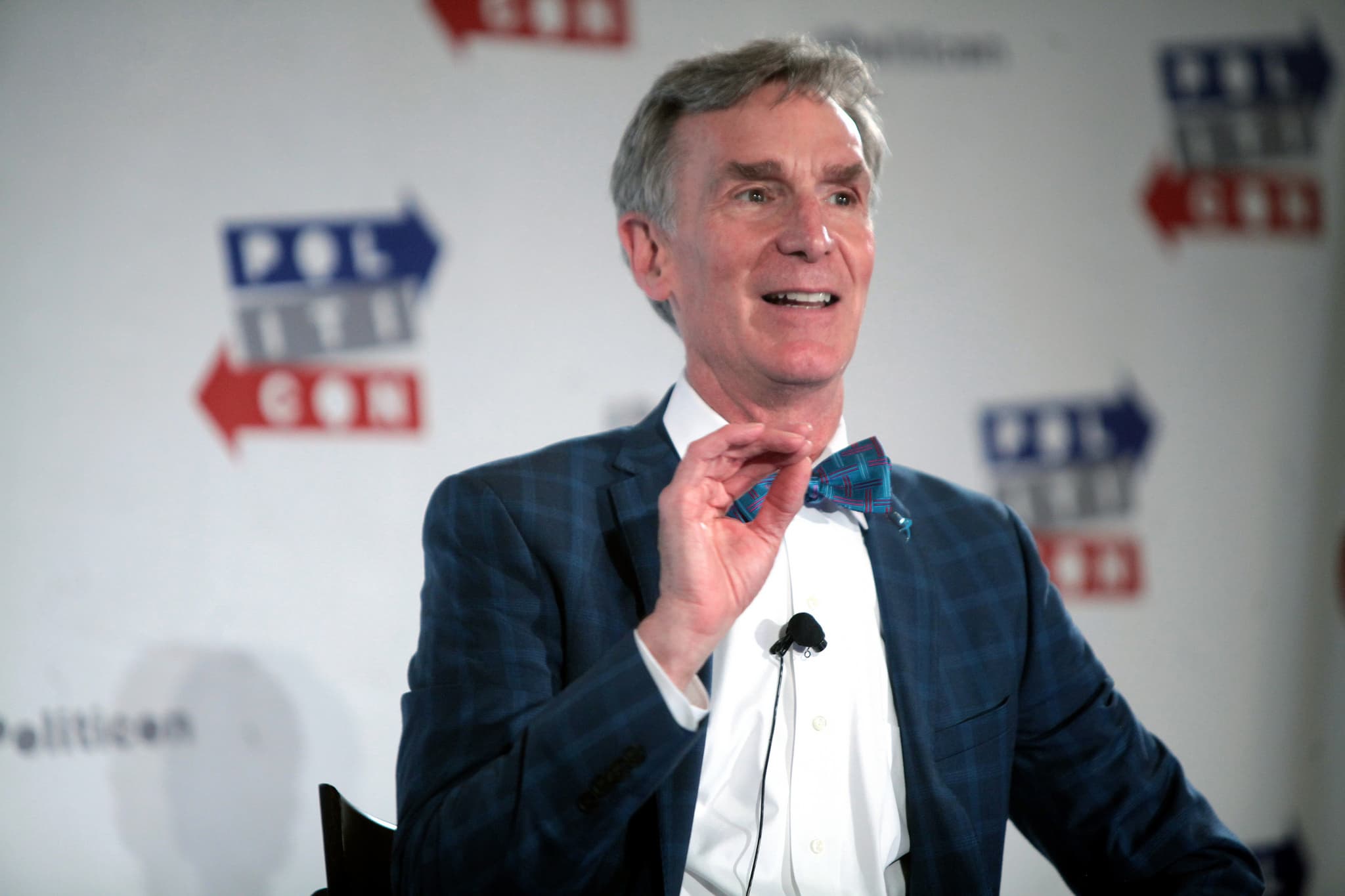 But are more facts really the kryptonite that will rein in what some suggest is a rapidly spreading “anti-science” sentiment in the U.S.?

“With the right science and good writing,” Nye hopes, “we’ll do our best to enlighten and entertain our audience. And, perhaps we’ll change the world a little.” In an ideal world, a show like this might attract a broad and diverse audience with varying levels of science interest and background. By entertaining a wide range of viewers, the thinking goes, the show could effectively dismantle enduring beliefs that are at odds with scientific evidence. Significant parts of the public still aren’t on board with the scientific consensus on climate change and the safety of vaccines and genetically modified foods, for instance.

But what deserves to be successful isn’t always what ends up winning hearts and minds in the real world. In fact, empirical data we collected suggest that the viewership of such shows – even heavily publicized and celebrity-endorsed ones – is small and made up of people who are already highly educated, knowledgeable about science and receptive to scientific evidence.

The 2014 reboot of Carl Sagan’s popular 1980 series “Cosmos,” starring astrophysicist Neil deGrasse Tyson, is just one recent example. Tyson’s show, “Cosmos: A Spacetime Odyssey,” aired prime time on Fox and the National Geographic channel, received several Emmy nominations and was considered a critical success in which “Tyson managed to educate and excite viewers of all ages across the globe.”

However, Tyson’s efforts to reach a broad audience and preach beyond the proverbial choir fell short. Nielsen ratings indicate the new version of “Cosmos” reached 1.3 percent of television households, which doesn’t compare well even to other science shows and educational programming. PBS’ “NOVA,” for instance, typically reaches about 3 percent of households (around four million viewers a week), and PBS’ other prime time programming usually gets higher Nielsen ratings than “Cosmos” had. “Cosmos” lagged even further behind science entertainment shows like “NCIS,” which reached 11.2 percent of households, and “The Big Bang Theory,” which reached 10.8 percent of households during the same week “Cosmos” aired its first episode.

And there were really no surprises about who tuned in. Respondents who saw at least one episode were 40 percent more likely to be male, 35 percent more likely to claim interest in science, and significantly more knowledgeable about science than those who didn’t watch. Less affluent audiences were less likely to watch at least one episode, as were those who were highly religious. Even those who expressed above-average interest in science watched only 1.5 “Cosmos” episodes on average.

Success is Out There?

Engaging scientific programming could still be an antidote to waning public interest in science, especially where formal science education is falling short. But it is revealing that “Cosmos” – a heavily marketed, big-budget show backed by Fox Networks and “Family Guy” creator Seth McFarlane – did not reach the audience who need quality science information the most. “Bill Nye Saves the World” might not either. Its streaming numbers are not yet available.

Today’s fragmented and partisan media environment fosters selective exposure and motivated reasoning – that is, viewers typically tune in to programming that confirms their existing worldview. There are few opportunities or incentives for audiences to engage with scientific evidence in the media. All of this can propagate misleading claims and deter audiences from accepting the conclusions of sound science. And adoption of misinformation and alternative facts is not a partisan problem. Policy debates questioning or ignoring scientific consensus on vaccines, climate change and GMOs have cut across different political camps.

None of this is meant to downplay the huge potential of entertainment media to reach diverse audiences beyond the proverbial choir. We know from decades of research that our mental images of science and its impact on society are shaped heavily by (sometimes stereotypical) portrayals of science and scientists in shows like “The Big Bang Theory” or “Orphan Black.”

But successful scientific entertainment programming needs to accomplish two goals: First, draw in a diverse audience well beyond those already interested in science; second, present scientific issues in a way that unites audiences around shared values rather than further polarizing by presenting science in ways that seems at odds with specific political or religious worldviews.

While “Cosmos” failed to attract a diverse audience eager to be introduced to the wonders of the universe (and science), there’s still value in the science community and entertainment industry collaboratively developing these kinds of television programs. In order to be successful, however, these collaborations must draw on insights from social science research to maximize the reach of novel diverse formats, communication strategies and media outlets. The National Academies of Sciences, Engineering and Medicine’s Science and Entertainment Exchange, for instance, tries to connect the entertainment industry and the nation’s best scientists in order to combine the reach of entertainment media’s engaging storytelling with the most accurate portrayal of science.

And social science research suggests that complex information can reach audiences via the most unlikely of places, including the satirical fake news program “The Colbert Report.” In fact, a University of Pennsylvania study showed that a series of “Colbert Report” episodes about Super PACs and 501(c)(4) groups during the 2012 presidential election did a better job educating viewers than did mainstream programming in traditional news formats.

Social science can help us learn from our mistakes and better understand how to connect with hard-to-reach audiences via new formats and outlets. None of these shows by themselves will save the world. But if done right, they each might get us closer, one empirical step at a time.

After publication, “Cosmos: A Spacetime Odyssey” host Neil deGrasse Tyson responded to this article in a comment.

Read This Next
Futurism
The Battle to Teach Evolution in Public Schools Is Far From Over
Futurism
In D.C., Tens of Thousands March for Science — and Survival
More on Op-Ed
SPONSORED CONTENT
9. 30. 21 on futurism
Buy Delta 8 THC Online: Top D8 Companies of 2021
SPONSORED CONTENT
9. 27. 21 on futurism
Delta 8 Carts Near Me: Top 15 Brands to Buy From
Mirror, Mirror
5. 16. 21 on the byte
Watch the James Webb Space Telescope Open Its Massive, Golden Mirrors
READ MORE STORIES ABOUT / Op-Ed
Keep up.
Subscribe to our daily newsletter to keep in touch with the subjects shaping our future.
+Social+Newsletter
TopicsAbout UsContact Us
Copyright ©, Camden Media Inc All Rights Reserved. See our User Agreement, Privacy Policy and Data Use Policy. The material on this site may not be reproduced, distributed, transmitted, cached or otherwise used, except with prior written permission of Futurism. Articles may contain affiliate links which enable us to share in the revenue of any purchases made.
Fonts by Typekit and Monotype.