Can Astronauts Cry In Space? 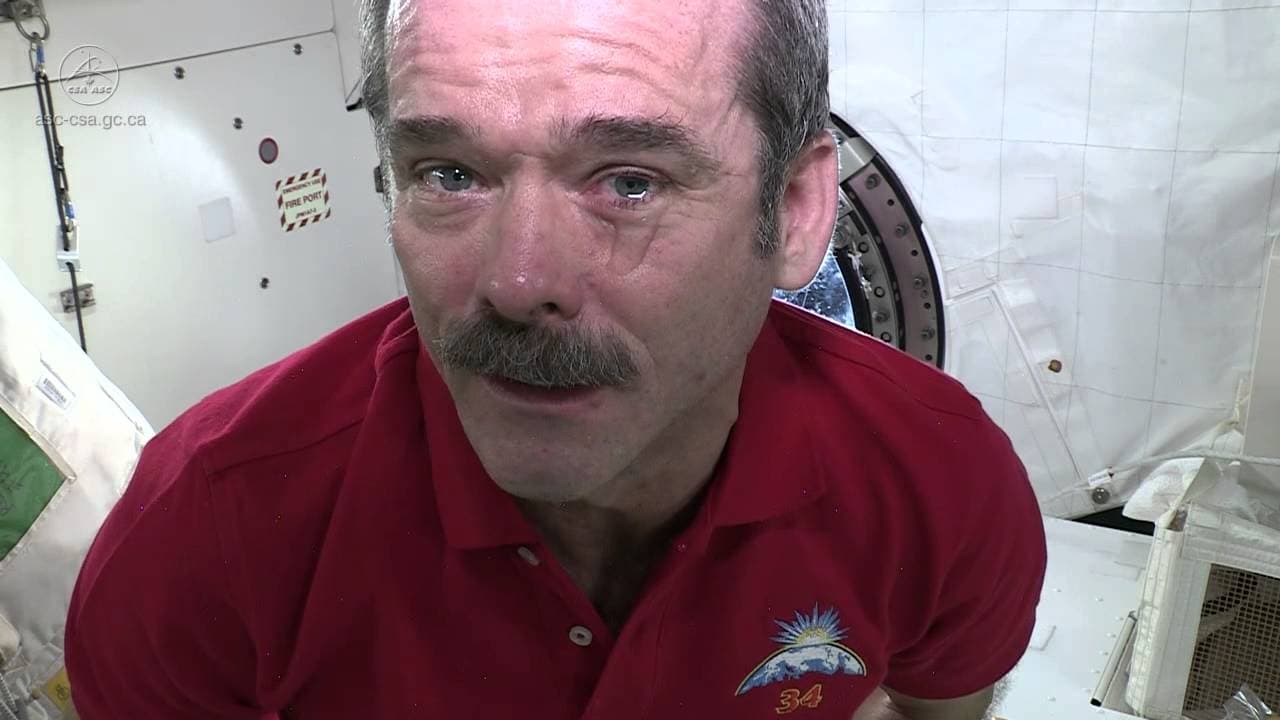 Whether or not we admit it, we all cry. However, as astronaut Chris Hadfield notes, in microgravity, "your eyes make tears but they stick as a liquid ball." In other words, astronauts technically can't cry. Sure, you can get a watery substance to come out of your eyes, but it doesn't fall like it ordinarily does on Earth. Instead of having thick tears flowing down your face, you get a bunch of strange, wet, gobs that hover around your eyes. Yeah, liquid balls around your eye—not exactly the most soothing thing when you are sad.

So. How does this all look? Thanks to Chris Hadfield, we have an answer.

On December 21, 2012 Chris Hadfield and his team docked with the ISS (after a two-day flight aboard a Soyuz TMA-07M) and began their mission on the International Space Station (ISS). Hadfield was the first Canadian to command the ISS, and during his time on the spacecraft, he inspired an entire generation. Hadfield regularly posted images of the Earth from the ISS. He even took requests, zeroing in on our most cherished places and showing us what they look like when you are 220 miles (350km) above the surface of the Earth. He took time out of his day to speak with classrooms and answer students’ questions. At the end of his mission, he handed over command of the International Space Station to Russia’s Pavel Vinogradov, and returned home. It was a bittersweet moment as Earth welcomed home a great man and space bid him farewell. However, it was a long journey to get to that moment.

Here, we relive one of his most notable moments: How astronauts cry in space.