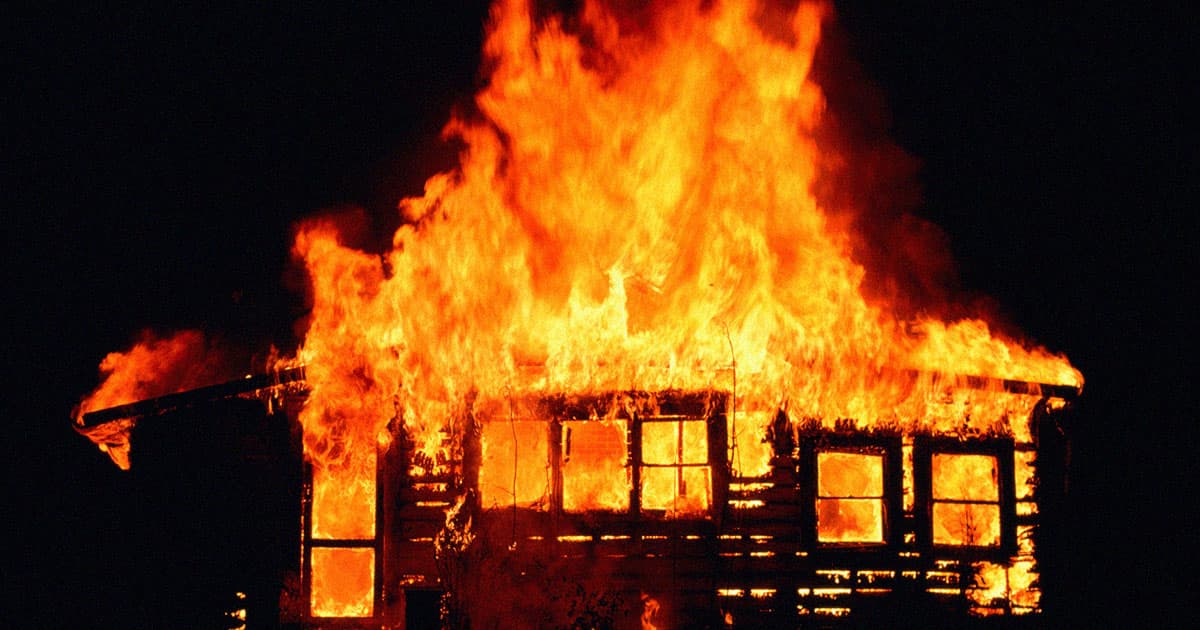 Meteor showers are generally fun and safe light shows. But one Northern California man says it became a nightmare instead when a meteorite hit his house, setting it ablaze and destroying it.

NASA, though, isn't convinced — leading to the possibility that the claim is a hoax or a misunderstanding.

"I heard a big bang," Procita told the local news station. "I started to smell smoke. I went onto my porch and it was completely engulfed in flames."

According to the report, people from all over the rural farming region around Procita's house saw the fireball, which was captured on film. When authorities were trying to figure out what caused his house to be set ablaze, more than one person suggested it may have been a meteorite.

Penn Valley Fire Department Captain Josh Miller told the news station that although he didn't see the strange ball of light himself, he's taking the eyewitness accounts that placed it in the vicinity of Procita's house seriously.

"Everyone I talked to said it was a flaming ball falling from the sky and landed in that general area," Miller said. "I had one individual tell me about it first and I put it in the back of my mind but then more people — 2, 3, 4 — started coming in and talking about it."

NASA, however, is denying that any of the Taurid meteors actually made ground fall — and added, in a statement to Sacramento's ABC10 news station, that when meteorites do touch the ground, they're generally cool to the touch.

As for the Procita himself — who reportedly lost one of his dogs in the blaze but is, along with his wife, otherwise unharmed — he said that if it was indeed a meteorite that hit his house, he's going to try to turn his luck around.

"They said it's a one in four trillion chance [of a meteor striking your house]," he told KCRA, "so I guess I might be buying a lottery ticket today."

Read This Next
Disease Dilemma
Study: Climate Change Making More Than Half of Infectious Diseases Far Worse
When it Melts, it Floods
Why Sea Levels Along The US East Coast Are Rising at Different Rates
Futurism
Tracking Atmospheric "Rivers" Could Help Us Predict Extreme Weather
Futurism
Extreme Weather Is the Biggest Risk for Humanity in 2018, Say World Leaders
Futurism
Can Dam Failures Like Puerto Rico's Guajataca Be Prevented?
More on Earth & Energy
Sun Shield
Wednesday on futurism
Scientists Increasingly Calling to Dim the Sun
Oversharing 101
Monday on the byte
Bill Gates Reflects on Drinking Product of Fecal Sludge
Battery Powered
Nov 17 on the byte
Startup Says It's Building a Giant CO2 Battery in the United States
READ MORE STORIES ABOUT / Earth & Energy
Keep up.
Subscribe to our daily newsletter to keep in touch with the subjects shaping our future.
+Social+Newsletter
TopicsAbout UsContact Us
Copyright ©, Camden Media Inc All Rights Reserved. See our User Agreement, Privacy Policy and Data Use Policy. The material on this site may not be reproduced, distributed, transmitted, cached or otherwise used, except with prior written permission of Futurism. Articles may contain affiliate links which enable us to share in the revenue of any purchases made.
Fonts by Typekit and Monotype.