Calbuco Volcano Erupts Not Once, But Twice, For First Time in Nearly 50 Years 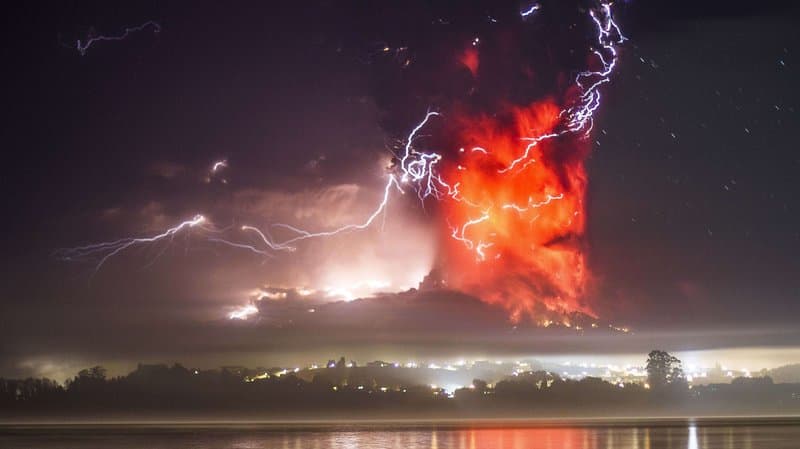 Townsfolk from southern Chile were forced to evacuate when the Calbuco volcano experienced its first eruption in nearly 50 years. In a series of stunning images, the columns of lava and ash are resolved with clarity from near and afar.

The eruption spat out a plume of smoke that may extend beyond 65,000-feet (19,812-meter) high, with ash reaching as far as the Argentine town of San Martin de los Andes—about 105 miles from ground zero—and 140 miles (225 kilometers) north of Calbuco, in the towns of Villarica and Pucón. Residents in a number of areas reported instances of heavy ash falling after the eruption.

As a preventive measure, officials imposed  evacuation orders for residents of Ensenada, ultimately declaring a 12-mile (20-kilometer) exclusion zone. No injuries have been reported thus far; however, news reports assert that one hiker remains missing.