Confused by string theory? We've got you covered. 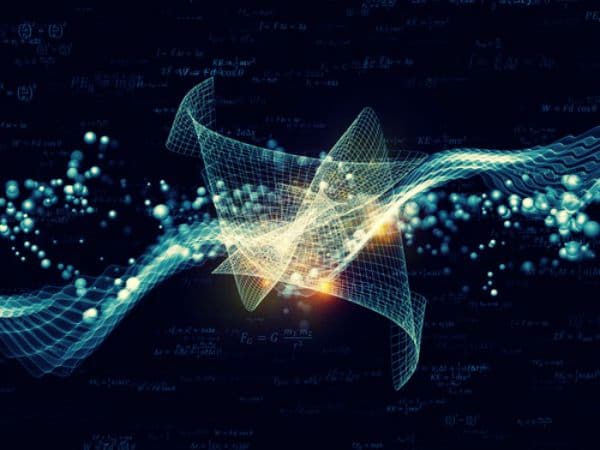 Anyone who loves physics knows about String Theory. If, by some miraculous chance, you've never heard of it before…well, prepare to be introduced to one of the most interesting and highly contested ideas in physics.

String Theory in its most basic sense asserts that, if we could zoom in and see the smallest building blocks of matter—if we soared past the atom and protons and quarks, and we got all the way down to the smallest of the small—we would find "strings." This is the fundamental idea of superstring theory (“string theory” for short).

It claims that the electrons and quarks that make up all the matter in our universe are not zero-dimensional objects, but one-dimensional strings. Ultimately, the theory goes on to state that these strings oscillate, giving the aforementioned particles their charge, mass, spin, and flavor. Thus, strings are everything.

But what supports this idea? After all, we can't actually see strings, so how can we know that they exist?

Well, to begin with, we don't know that strings exist; however, there are a lot of scientists who think that they might. Enter Brian Greene, co-director of Columbia University's Institute for Strings, Cosmology, and Astroparticle Physics.

You see, beneath this somewhat poetic overview of string theory lies (what is arguably) the most advanced mathematics in the world. Greene is responsible for making the math behind String Theory (and the idea itself) understandable to those who don't have advanced degrees in the field. Ultimately, he starred in the PBS series The Elegant Universe, which is a 3-hour documentary exploring the nature of String Theory.

However, if you don't have 3 hours to spare, then take a look at his TED Talk. It gives you all that you need to know to understand the basics of this theory.

Read This Next
Hubble Tension
Most Precise Measurements of the Universe Suggest That Something Is Very Wrong
Little Bang
Scientists Accidentally Recreate Big Bang Detonation in the Lab
Strange AI
World’s First AI Universe Simulator Knows Things It Shouldn’t
Futurism
This Year, We'll See a Black Hole for the First Time in History
Futurism
Fourteen Ways Our Perception of the Universe Changed Forever in 2017
More on Hard Science
Tractor Beam
Thursday on the byte
Scientists Build Working Tractor Beam, Although It's Comically Tiny
Having a Blast
Jan 18 on the byte
New Study Shows Where You Should Hide to Survive a Nuclear Attack
Offworld Amino
Jan 15 on the byte
Scientists Find Building Blocks of Life in Meteor That Smashed Into Family's Driveway
READ MORE STORIES ABOUT / Hard Science
Keep up.
Subscribe to our daily newsletter to keep in touch with the subjects shaping our future.
+Social+Newsletter
TopicsAbout UsContact Us
Copyright ©, Camden Media Inc All Rights Reserved. See our User Agreement, Privacy Policy and Data Use Policy. The material on this site may not be reproduced, distributed, transmitted, cached or otherwise used, except with prior written permission of Futurism. Articles may contain affiliate links which enable us to share in the revenue of any purchases made.
Fonts by Typekit and Monotype.