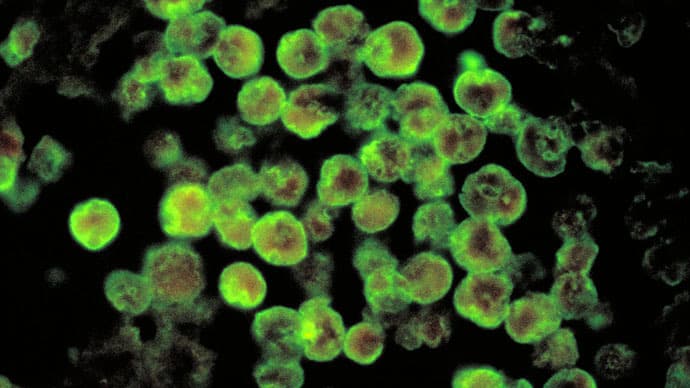 The first case of someone contracting a deadly brain-eating amoeba from water thought to be safe from the tap has been confirmed. In a paper published recently, the researchers detail the case of a 5-year-old child in Louisiana who succumbed to the infection two years ago.

Although the existence of brain-eating amoebas in the first place seems like something out of Star Trek, Naegleria fowleri was first identified in the mid-1960s and kills around eight people each year in the United States.

The mechanism of death is called primary amebic meningoencephalitis," or PAM, and involved Naegleria fowleri entering the body via the nasal passages and penetrating bone between the sinuses and the brain. Once into the brain, it begins digesting neural tissue and causing the brain to swell.

Previous infections have been thought to have been caused through exposure to freshwater, or tap water that had been contaminated with fresh water. Due to the mechanism of infection, the disease is often associated with swimming in warm fresh water or using netti pots with contaminated fresh water. The amoeba may also be found in soil, but represents little threat in that environment. It has not been found to live in salt water.

Symptoms usually appear within a week of exposure and may include sensory changes in taste and small, headaches, fever, nausea, increasing confusion and hallucinations and ultimately ataxia and seizures. Death typically occurs within two weeks of symptoms emerging.

Although cases of infection are extremely rare, the fatality rate for those unlucky enough to contract PAM is greater than 95%.

After extensive investigation, a team of scientists was able to determine that the victim in the Louisiana case had no other reported exposure to fresh water immediately prior to contracting the infection. Additionally, testing of the tap water supply at his home and in the water distribution system serving the area revealed the presence of the dangerous strain of amoeba. The boy had been exposed while playing on a slip-n-slide connected to the home’s tap water supply.

According to the abstract of the report, the case highlights the importance of adequately disinfecting water distribution systems, particularly where water sources for the drinking water systems have elevated temperatures.

Naegleria fowleri encyst in temperatures below 50 degrees Farenheit, so problems with infection rarely occur in areas with cooler waters. However, recent cases in Minnesota and Indiana have shown the expansion of the amoeba outside its typical geographic range.

In Louisiana, meanwhile, efforts to test for the amoeba have been increased and higher levels of chlorine recommended for water treatment operations. A cluster of cases in the state post-Hurricane Katrina have caused suspicions that water systems there may have become contaminated in the flooding that came with the hurricane. However, scientists interviewed by National Geographic also pointed out that many diseases thrive during disaster due to lower sanitation standards and increased outdoor exposure among affected populations.