"I still haven’t been forgiven by God for the covering up I did last year." 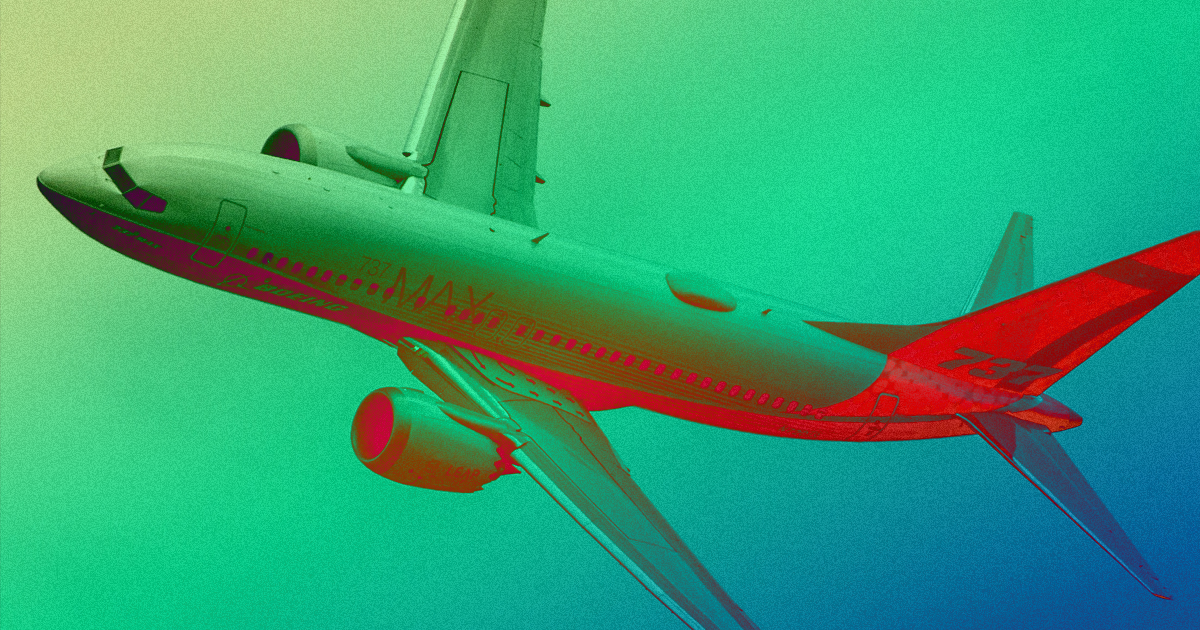 In December, Boeing delivered hundred pages of internal messages to Congress to aid its investigation into the 737 Max commercial airplane, which Boeing grounded in March 2019 following two deadly crashes in the previous five months.

On Thursday, Boeing made redacted versions of the documents public — and the content of some of the messages is downright disturbing.

"This airplane is designed by clowns, who are in turn supervised by monkeys," one employee wrote in a message from 2017.

"I still haven’t been forgiven by God for the covering up I did last year," wrote another in a 2018 message, an apparent reference to the employee's interactions with the Federal Aviation Administration (FAA), according to The New York Times.

Another employee questioned quitting their job in light of Boeing's efforts to convince the FAA to limit the amount of pilot simulation training required for the 737 Max, which would increase the cost of using the plane for airlines.

"Not sure if I will be returning in April given this — am not lying to the FAA," they wrote in March 2018. "Will leave that to people who have no integrity."

Boeing's efforts to limit simulation training for the 737 Max — which killed 346 people in the two crashes that ultimately grounded the plane — may have weighed heavily on that employee's conscience. Another employee, however, bragged in a 2017 email that they'd managed to convince an airline that the training was unnecessary.

"Looks like my jedi [sic] mind trick worked again!" they wrote. "These are not the droids you’re looking for..."

On Thursday, Boeing released a statement saying it "regrets" the content of the messages.

"The language used in these communications, and some of the sentiments they express, are inconsistent with Boeing values, and the company is taking appropriate action in response," Boeing wrote. "This will ultimately include disciplinary or other personnel action, once the necessary reviews are completed."

Based on another statement — this one released by Peter DeFazio, chair of the House of Representatives committee investigating Boeing — it's hard to imagine the documents will help Boeing gets its 737 Max back in the air any time soon.

“These newly-released emails are incredibly damning," DeFazio wrote. "They paint a deeply disturbing picture of the lengths Boeing was apparently willing to go to in order to evade scrutiny from regulators, flight crews, and the flying public, even as its own employees were sounding alarms internally."

"I can only imagine how painful it must be for the families of the 346 victims to read these new documents that detail some of the earliest and most fundamental errors in the decisions that went into the fatally flawed aircraft," he added.

More on the 737 Max: Boeing Finds Even More Issues With Its Troubled 737 Max Plane

Read This Next
Plane Nonsense
Experts Don't Know Why Boeing 777 Doused Children With Jet Fuel
Deadly Development
Whistleblower Says Boeing 787 Oxygen Masks Don't Work
DLC
Crashed Boeing 737 Jets Lacked Safety Features That Cost Extra
Nose Dive
Pilots Were Worried About Boeing 737 Max Before Deadly Crash
Futurism
Get Your First Look at the Future of Hypersonic Flight
More on Advanced Transport
Wrong Turn
Jul 2 on the byte
Terrifying Video Shows Self-Driving Tesla Head Into Oncoming Traffic
Where's Musko
Jul 1 on futurism
7 Theories About Why Elon Musk Has Disappeared
Robotaxi to Nowhere
Jul 1 on the byte
Group of Robotaxis All Shut Down at Same Moment, Stopping Traffic for Hours
READ MORE STORIES ABOUT / Advanced Transport
Keep up.
Subscribe to our daily newsletter to keep in touch with the subjects shaping our future.
+Social+Newsletter
TopicsAbout UsContact Us
Copyright ©, Camden Media Inc All Rights Reserved. See our User Agreement, Privacy Policy and Data Use Policy. The material on this site may not be reproduced, distributed, transmitted, cached or otherwise used, except with prior written permission of Futurism. Fonts by Typekit and Monotype.