Are Birds Just Dinosaurs With Beaks? Scientists May Know the Answer

A new study reveals that when some dinosaurs got old and lost their teeth, they’d grow birdlike beaks. 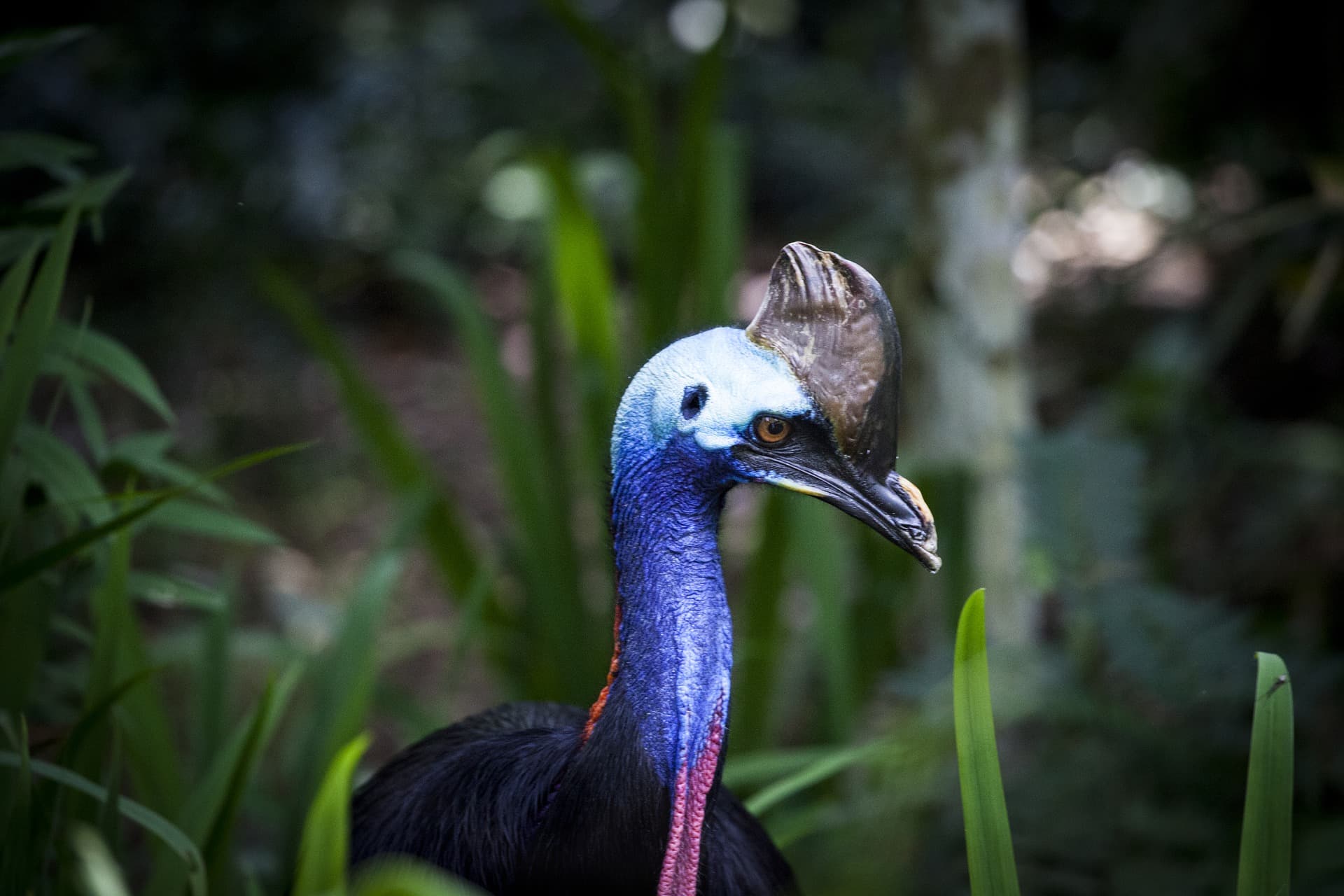 Once you know that many dinosaurs had feathers, it seems much more obvious that they probably evolved into birds. But there’s still a big question. How did a set of dinosaurian jaws with abundant teeth (think T. rex) turn into the toothless jaws of modern birds, covered by a beak? Two things had to happen in this transition, suppression of the teeth and growth of the beak. Now new fossil evidence has shown how it happened.

In a new study, Shuo Wang from the Capital Normal University of Beijing and colleagues studied a series of dinosaur and early bird fossils to see the transition. They found that some dinosaurs evolved to lose their teeth as they got older and sprouted a small beak. Over time, this process happened earlier and earlier until eventually the animals emerged from their eggs with a fully formed beak.

Modern birds all lack teeth, except for the South American hoatzin, Opisthocomus, whose hatchlings have a small tooth that they use to help them escape from their egg and then shed. Developmental experiments in the 1980s showed that modern birds could probably generate teeth if their jaw tissue was artificially stimulated with the right molecules. This suggests their ancestors at some point grew teeth naturally.

Meanwhile, many dinosaurs actually did have beaks of some kind. Beaks are composed of keratin, the tough, flexible protein that also makes fingernails and cow horns, as well as feathers and hairs. We typically think of beaks as all-encompassing structures, extending from the pointed tip at the front back to the eyes, and including the nostrils in modern birds. But fossil examples show that many toothed dinosaurs actually possessed a minimal beak at the front of the snout.

To find out exactly how beaks came to replace dinosaur teeth, the researchers had to look inside the animals’ jaw bones. Dinosaur bone fossils are not simply rocky casts of the original bone, but they nearly always show all the internal structure. A microscopic thin section from any dinosaur bone shows all the detail of internal canals for blood vessels and nerves, as well as pits where the bone-generating cells sat. Thin sections of fossil jaw bones show the teeth in as much detail as in any modern jaw bone.

Nowadays, bones are rarely cut up, and it is much more common to use computed tomography (CT) scanning to look inside the bones without damaging them. The CT scans are a closely spaced series of X-rays that allow researchers to construct detailed 3D models showing every fine detail within the bone.

Wang and colleagues observed that the theropod dinosaur Limusaurus, which was closely related to birds’ ancestors, and the early bird Sapeornis had teeth right to the front of the jaws when they were young but lost them as they grew up. The detailed internal scans of the fossils showed adult Limusaurus had no teeth but still had tooth sockets in their lower jaws, closed off and forming a single canal. In adult Sapeornis, there were teeth at the back of the jaw but not at the front of the jaw.

As modern birds develop inside their eggs, the beak keratin begins to form at the tip of the snout and then grows back to cover both upper and lower jaws. Wang and colleagues argue that the mechanisms that regulate beak growth also suppress tooth formation. This is supported by studies of the gene BMP4 that show it controls both functions in modern birds.

Using the fossils to show how the animals evolved over time suggests beaks in some dinosaurs and bird relatives originally expanded backwards as the animals grew up and tooth sockets closed off. Eventually, this process happened earlier and earlier in the developmental cycle until hatchlings emerged with beaks and no teeth. Today, the bone gene BMP4 controls aspects of beak growth and tooth suppression, and these might have been acting early in bird evolution.

For more evidence, Wang and colleagues looked more widely across vertebrates that have lost or reduced their teeth as they evolved, including some fishes, frogs, pangolins, whales and the entirely toothless turtles. In all cases, animals that had lost their teeth were associated with replacement of the teeth by a keratin beak.

These kind of developmental observations help confirm the theory that the exquisite dinosaur fossils point to. In becoming birds, dinosaurs had to change in many ways, including shrinking in size, sprouting wings, adapting feathers that were used for display and flight, improving their senses, shortening their tails, losing teeth, and many other characters. It is important to be able to identify plausible evidence for how each of these amazing changes happened.

Read This Next
Horrible Geese
Furious Geese Are Defeating Humans, Scientists Find
Hidden Hominids
Scientist Says There May Be a Species of Hobbit-Like Humanoids Hiding on an Island
Brands We Love
This Company Ships Dinosaur Fossils and Other Artifacts Right to Your Door
Smart Swine
Pigs Caught Using Tools in First-of-Its-Kind Video
Brands We Love
You Can Own a 90 Million-Year-Old Dinosaur Tooth for Less Than a Pair of AirPods
More on Hard Science
Tractor Beam
Yesterday on the byte
Scientists Build Working Tractor Beam, Although It's Comically Tiny
Having a Blast
Jan 18 on the byte
New Study Shows Where You Should Hide to Survive a Nuclear Attack
Offworld Amino
Jan 15 on the byte
Scientists Find Building Blocks of Life in Meteor That Smashed Into Family's Driveway
READ MORE STORIES ABOUT / Hard Science
Keep up.
Subscribe to our daily newsletter to keep in touch with the subjects shaping our future.
+Social+Newsletter
TopicsAbout UsContact Us
Copyright ©, Camden Media Inc All Rights Reserved. See our User Agreement, Privacy Policy and Data Use Policy. The material on this site may not be reproduced, distributed, transmitted, cached or otherwise used, except with prior written permission of Futurism. Articles may contain affiliate links which enable us to share in the revenue of any purchases made.
Fonts by Typekit and Monotype.