Bird Poop's Role in Revolutionizing Our Understanding of Space: 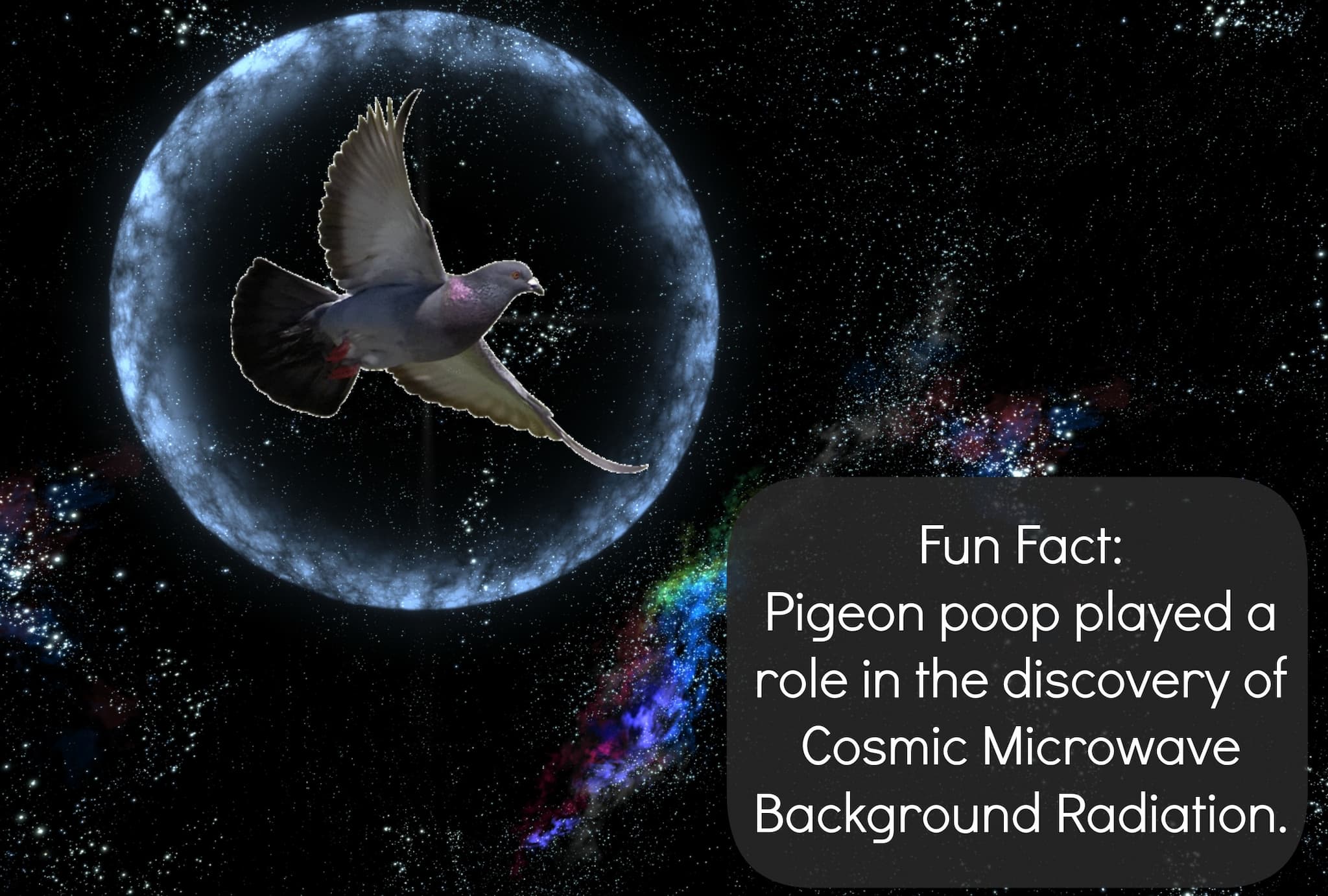 In 1965, Arno Penzias and Robert Wilson were testing a sensitive Horn Antenna that was designed to detect radio waves. In order to measure these radio waves, they needed to remove any outside interference (such as radio broadcasts, radar, and heat). Following these steps, they discovered a constant low level noise (like static between radio stations), which was consistent and unchanging throughout the day and night. Moreover, this low level noise seemed to be evenly spread through the sky. Nether Penzias nor Wilson believed that it was coming from the Earth, the Sun, or even our galaxy.

After checking their equipment, heading over to the antenna, shooing the pigeons that had nested inside of it away, and subsequently clearing out all of the bird poop from the apparatus, they still found that the noise was sticking around.  Since they knew that the noise wasn't from any interference from the birds, Penzias and Wilson determined that the noise must, in fact, be coming from outside of our galaxy.

Being eager to find out the origin of this noise,they searched for any theoretical explanations that may explain what they were encountering. This was about the same time that Robert Dicke and his team at Princeton University were developing a theory which stated that, if there was a Big Bang, then the residue of the explosion would now be a low level background radiation spread evenly throughout the universe. Penzias and Wilson got in touch with Robert Dicke and shared their discovery of this background radiation.

Coupling this background radiation together with Dicke's research, scientists confirmed that Penzias and Wilson did indeed discover Cosmic Microwave Background Radiation. In short, they had been listening to the birth of the universe this whole time. The two later received the Nobel Prize in physics in 1978. Ultimately, about 1% of the static (snow) you saw on your television (before cable and satellite TV) was actually Cosmic Microwave Background Radiation. That's right, if you have seen this, then (in a way) you have seen the birth of our universe.