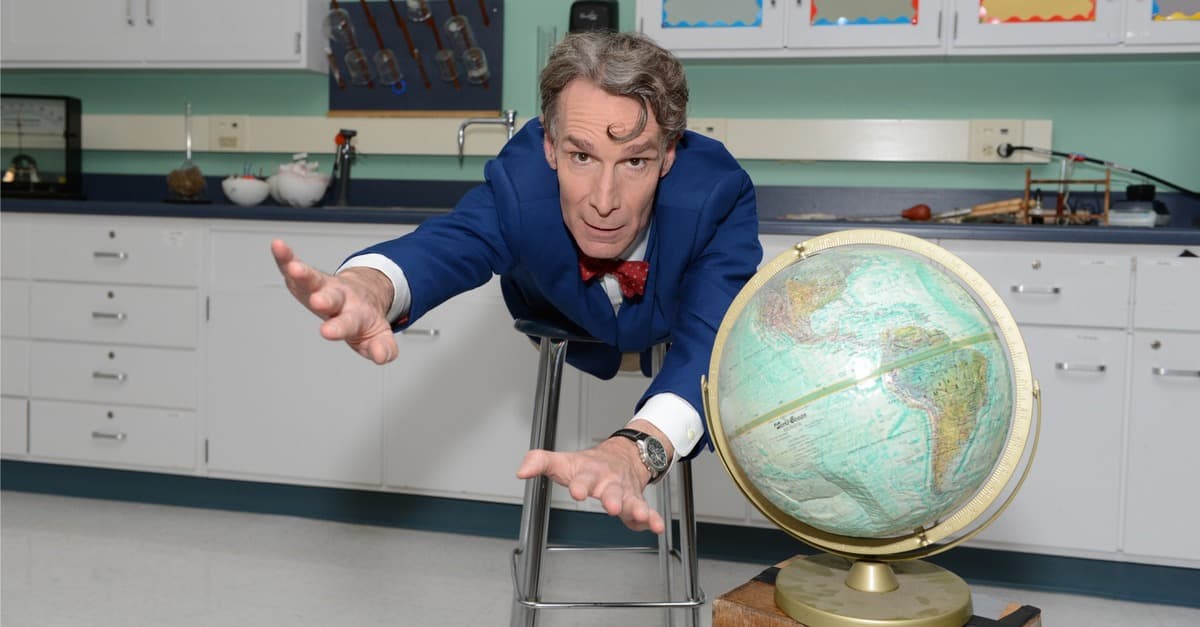 Bill Nye and the filmmakers trying to make "the definitive film" on the beloved science guy had a very interesting AMA on Kickstarter's tumblr today. Here are the highlights:

On being Bill Nye: "My name is Bill Nye, so I decided to be Bill Nye pretty much my whole life."

Why he started the Bill Nye the Science Guy show: "...mediocre engineering management practices in the U.S. [like] The Ford Pinto, Chevy Vega, Challenger and Columbia space shuttle wrecks, each broke my heart. So did the U.S. abandoning the metric system. I wanted to touch the future instead of work for mediocrity."

On trying to live on Mars: "It will be miserable and then certain death. Party on."

On friends that don't believe in climate change: "Ignore him or her for now, and check back in with him or her in a few years."

Nye's bowties are quite the trademark. He says has "400...approximately."

On sports: "I want Ultimate frisbee to be an Olympic sport, and I want soccer goals to be 2 yards (or meters) wider. Let’s go people!"

His favorite piece of sci-fi: "I still like the original version of The Thing (from outer space)."

Think you are too old to dive into a field like astrophysics?  "It's only too late, if you make it too late." Nye says.