Best-preserved Mammoth Ever Found Goes on Display in Moscow 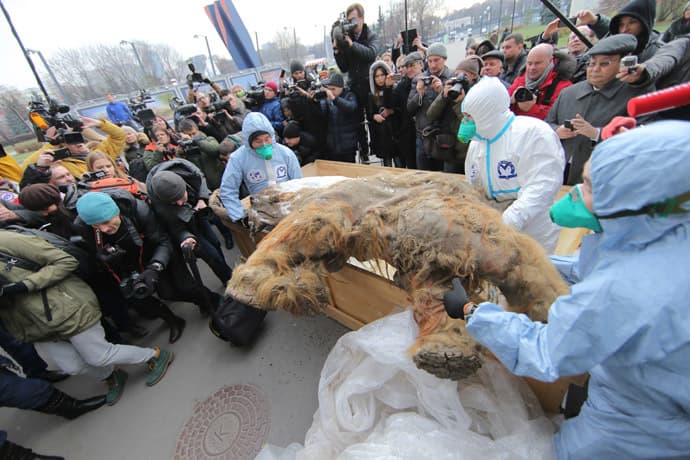 This is a 39,000 year old mammoth that was discovered in Russia’s Arctic Circle. Ruka, as she has been dubbed by scientists, recently went on display in Moscow. This is her latest stop on a whirlwind tour of the globe. As she travels from country to country, she is kept in a cryo-chamber where the temperature is maintained at a steady zero degrees Fahrenheit (or -18º Celsius).

Ultimately, she is the most well-preserved specimen that has ever been seen.  Really, it looks like it might have died just yesterday.

Scientists think that, at the time of her death, she was somewhere between 6 and 11 years old. This is rather young for a mammoth, as many members of the species are thought to have lived up to 80 years.