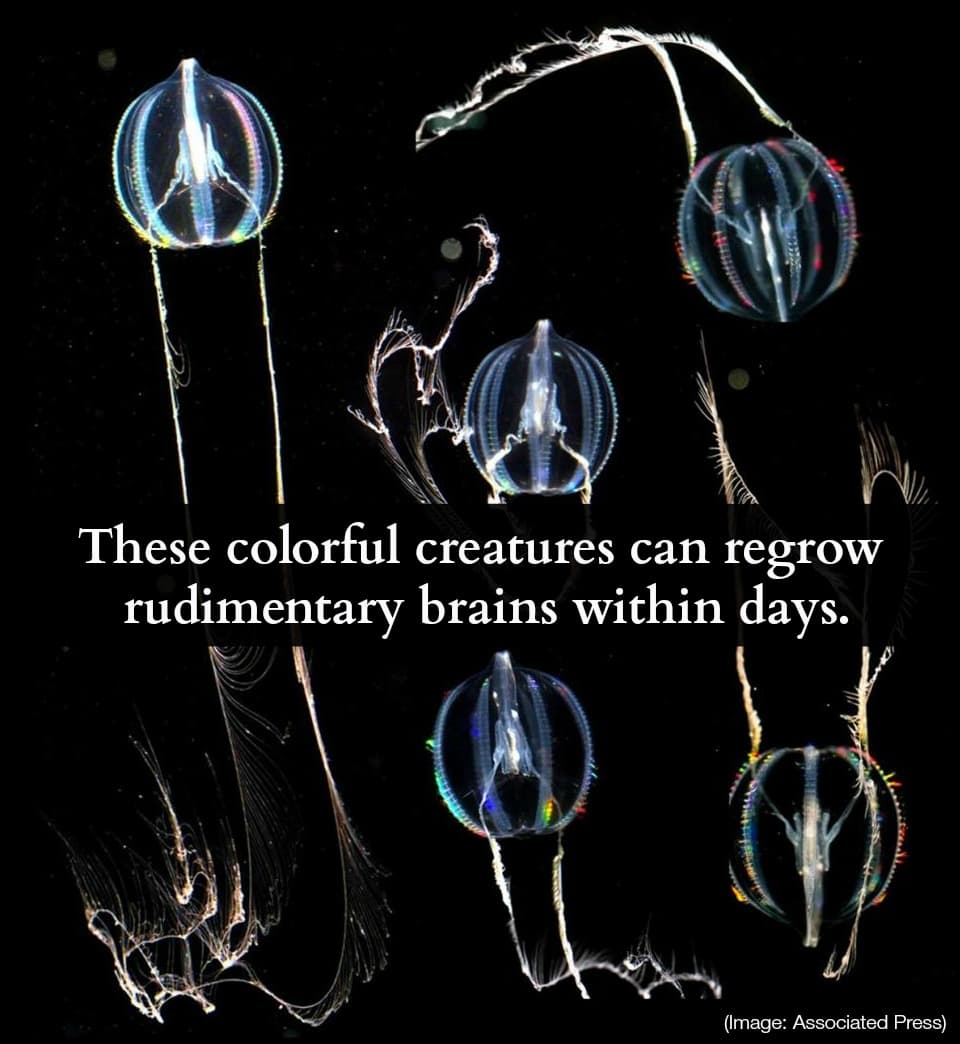 For members of the homosapien species, the brain is the most overtly complex organ found within the body. The instrument ultimately keeps all systems "up and running" and without it, we, or at least the part of us that makes us us, die. Yet the brain is very delicate. When injured catastrophically, there is little recourse we can take to get it back in working order.

We've long known that various creatures running along the evolutionary timeline have sophisticated neural systems that work differently than ours do, but recently, scientists took another look at that belonging to the comb jelly. What they found can only be described as "alien," in every sense of the word.

Comb Jellies are incredibly beautiful, ocean-dwelling creatures, known for their eight-rows of small, comb-like plates, which they "flap" to maneuver themselves through the waters. Amazingly, as they propel forward, these same rows diffract the direct sunlight that hits them; creating the truly captivating, characteristic rainbow effect that sets this creature apart from similar-looking (but not even remotely the same) jellyfish specimen.

Moreover, most of them have an internal bioluminecence mechanism, which they utilize for communicative purposes (especially when they are threatened or disturbed). Only, the color of their light is usually either green or blue. It can generally only be seen in complete darkness.

Perhaps their coolest feature is their statocyst. We can essentially liken this to an evolutionary gravity sensor. It helps the creatures with balance, while allowing it to differentiate between up and down (and whether its upside down or right-side up in the water).

In yet another way they vary; comb jellies have neural systems that radically differ from, and are far more complex than, other invertebrates. The extent of which has just recently started to become clear.

According to lead researcher Leonid Moroz (from the University of Florida):

"By revealing the unique molecular make-up of major features – the development, immune system, nerves and muscles – I can honestly introduce you to the aliens of the sea."

In the May 21st edition of "Nature," Moroz and his team revealed that they were successful at decoding the genomic blueprints of not one, but ten comb jelly (or Ctenophora) species; showing that comb jellies need to be divided into two distinct species, The classification of one individual creature must boil down to the intricacies of its neuro-muscular system.

The research carried out also revealed that some ctenophores have the ability to regenerate their aboral organ (the part of the body where the statocyst is located) in merely 3 or 4 day's time.

They also don't rely on chemicals, like dopamine, serotonin, beta-endorphin or acetylcholine, to control key brain functions. Instead of the traditional approach, they resort to using a select few peptides and glutamate neural signaling, along with electrical synapses, to control their neural system (or their very rudimentary brain).

"The common idea was that neural complexity evolved in a single straightforward course: from very simple nerve nets all the way up to a human level of complexity along a single path. Comb jellies developed along a separate – though still complex – path and exhibit a new neurochemical language that does not exist in other animals."

The lesson we can learn from this, at least as far as Moroz is concerned, is this: "There is more than one way to make a brain, a complex neural circuit and behaviors." "We oversimplified evolution," he said. "Nature is much more innovative than we thought."

Alexander Semenov has a stunning collection of images of Comb Jellyfish. See more of his work here.