Browse the web, stream your shows, and stay connected with these tablet sales. 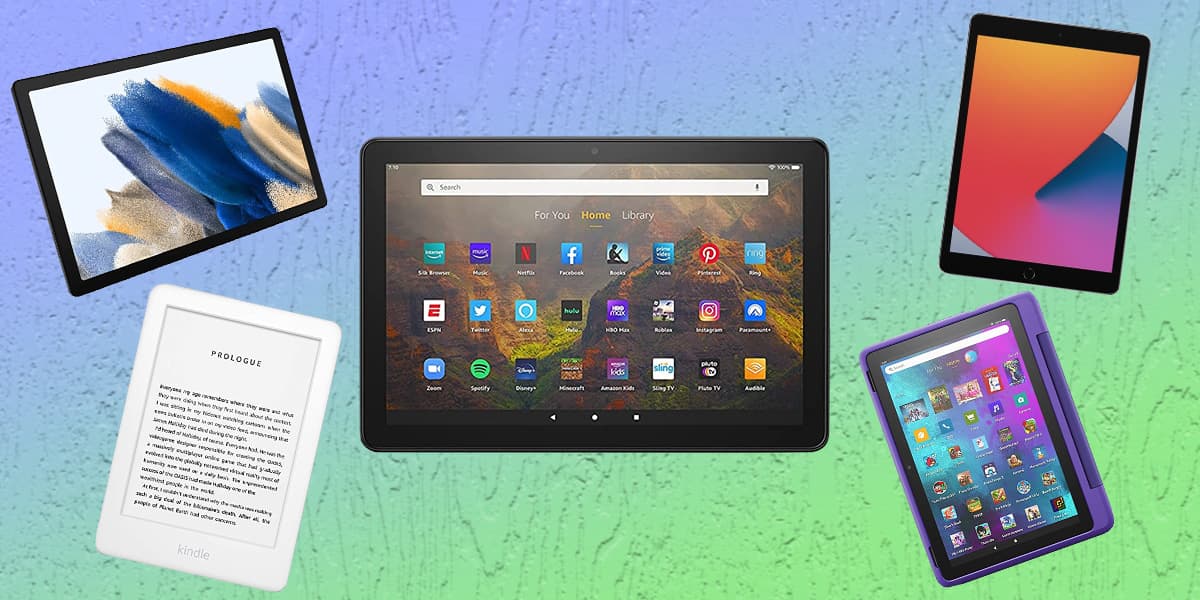 If you’re into ebooks, mobile games, and saving money (who isn’t?), these back-to-school deals on tablets are a dream come true. All of the top brands are joining in on the discounts, so it’s prime time to find a great tablet for a fraction of the cost.

Cheaper than a laptop and bigger than a phone, tablets are a great choice for entertainment or work at home and on the go. With the apps and features you love available at the push of a button, having a tablet to hand can open many possibilities. Connecting these gadgets to a wireless keyboard makes for a super affordable laptop, or stream straight to your TV and you’ve got yourself a universal remote. Whatever you use your tablet for, be sure to grab one of these back-to-school deals to avoid overpaying.

Amazon’s Fire tablets have been in competition with Apple’s iPads for some time now, but given the capabilities and major discounted price of the Fire HD 10, it might be the reigning champ of this back-to-school season. This tablet gives you access to all of the apps available on Amazon’s app store, including social media, video streaming, music streaming, Office, Kindle, and many more. The Fire’s 1080p full-HD display is now 10 percent brighter than previous models, making it a great choice for catching up on the latest shows, or using its split-screen feature that allows you to multitask with ease.

This thin, lightweight tablet was built with energy efficiency in mind, allowing up to 12 hours of use between charges. With the hands-free Alexa mode, you can pause your show, ask a question, or make calls all with your voice — and when you’re done, switch this feature off with the toggle for privacy. The optional keyboard add-on will transform your Fire HD 10 into the perfect device for school work or office work, allowing you to type up an essay or catch up on emails easily. This tablet is going for $50 off the original price, and if you know anything about Amazon sales, you’ll know it’s for a limited time. So, take advantage of this great deal while you can.