Aurora Australis: A Reminder of Why We Explore 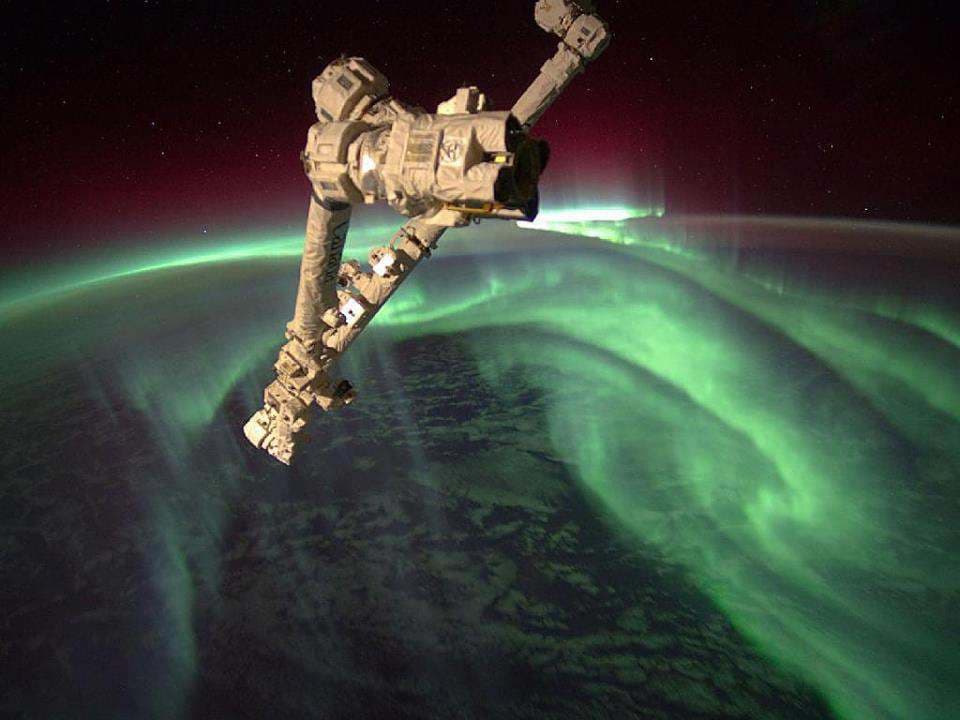 On July 15, 2013 flight engineer Joe Acaba dimmed the lights in Node 3 of the International Space Station (ISS). This node is fittingly known as the "Tranquility Module." Here, crew members on the ISS are provided with seven windows which afford a 360-degree view from the station. Turning to these windows, Acaba captured an image that, quite frankly, deserves a description that surpasses my poetic abilities.

Two hundred and forty miles above Earth’s surface, Acaba took this image of the aurora australis (the southern lights). On Earth, the aurora is a wondrous sight that many travel vast distances to behold. But the view from space is simply incomparable. Acaba had a full view of the Earth, which was bathed in a greenish hue and tinged with bright splashes of rosy-red. In the foreground, you can see the Canadarm2, the ISS’s 60-foot (18-m) robotic arm.

The aurora occurs when charged particles from the Sun are blown to Earth on solar winds. These charged particles interact with the Earth's upper atmosphere and create a bright glow in the sky, which is known as aurora borealis (the northern lights) in the north, and the aurora australis (the southern lights) in the south. Acaba witnessed this amazing display shortly after a particularly strong solar flare.

Images like this help us remember why we explore. It reminds us that the quest for knowledge is good, not only because it helps us better understand the universe, but because it is stunning and beautiful—It forces us into new and ever changing perspectives. Ultimately, this image is one of the reasons that I love science, for the former would not exist if not for the latter.