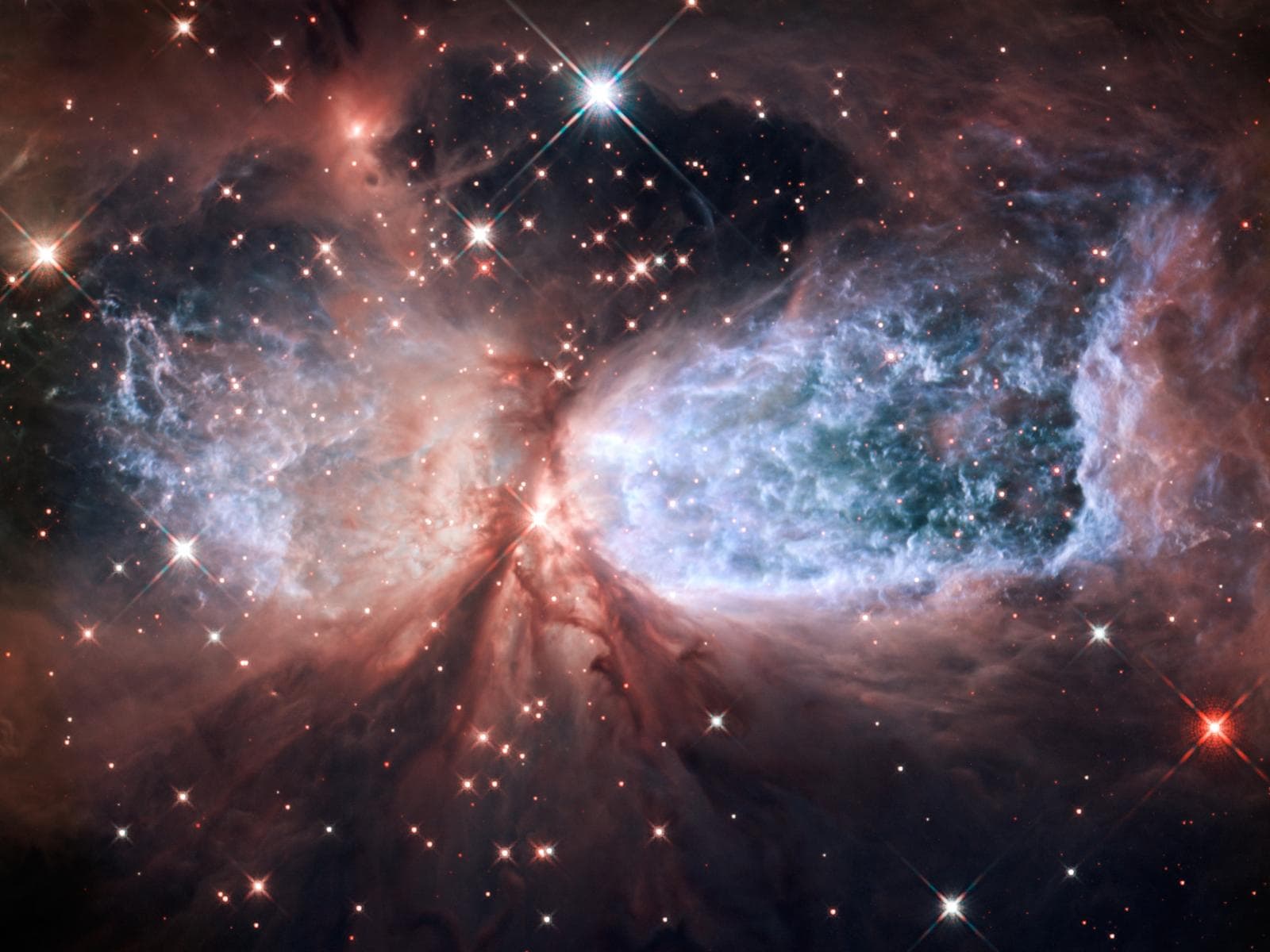 In this awesome image, captured by the National Astronomical Observatory of Japan, we see a stellar nursery. But this isn't just any nursery; it seems that these stellar babies are guarded by a colossal celestial angel. Talk about a mind-blowing case of pareidolia, right?

The region, dubbed Sharpless 2-106 (otherwise known as Sh2-106 or S106), is located more than 2,000 light-years away in the constellation of Cygnus. One massive star is responsible for the bulk of the properties seen in the area. The angel shape was created by twin lobes of superheated gas expanding in two separate directions from the central region (where the star remains).

Inside the wings of our angel, we can see the stark contrast between the heat and the motion of the gas, projected with a much colder medium. Through interactions between the gas, dust, and the interstellar medium, we get the hour-glass shape seen surrounding the central star.