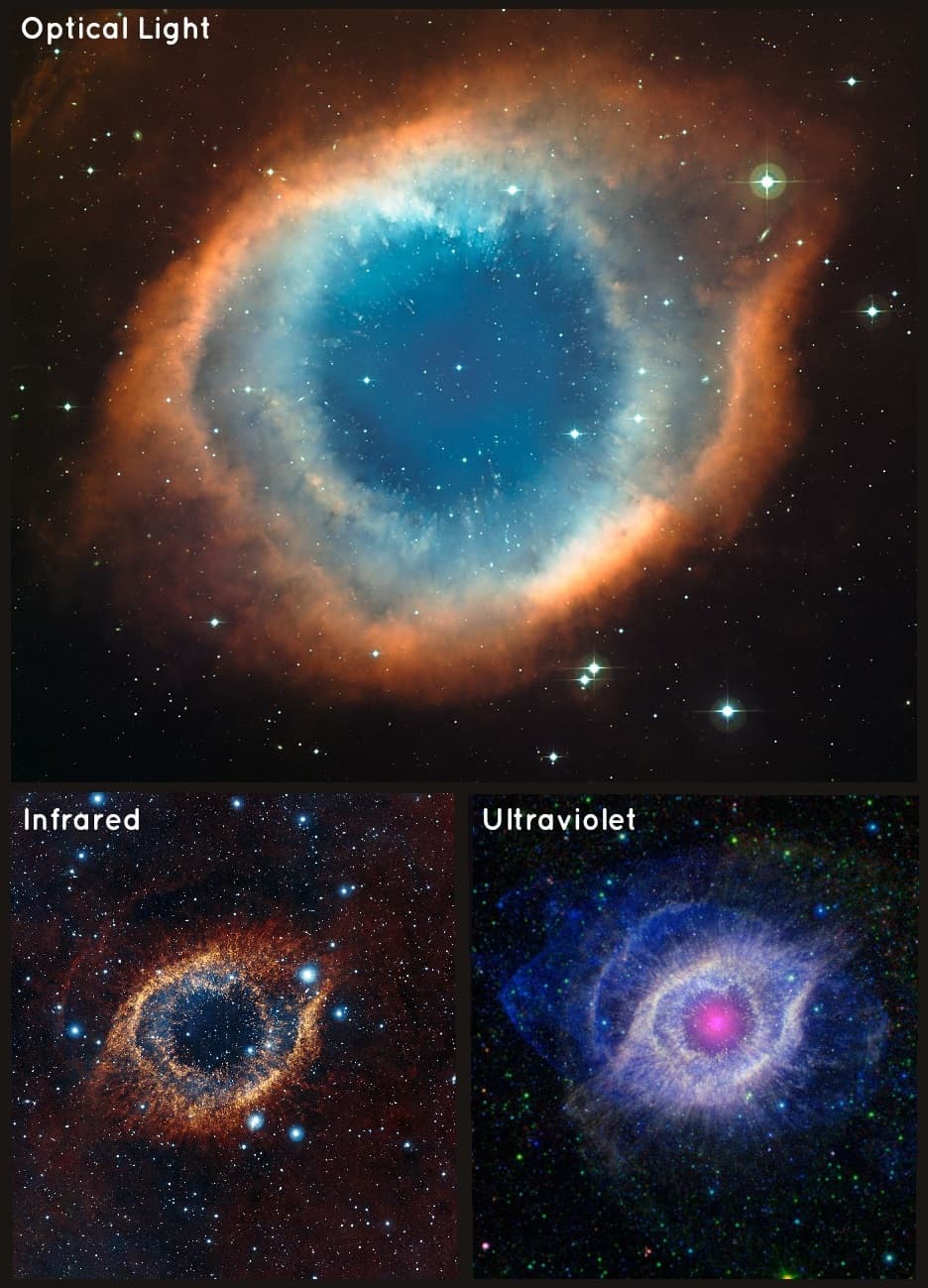 While the most stunning deep space image that has ever been taken is debatable (*cough* sh2–239 *cough*), in my not-so-humble opinion, this  image of NGC 7293 (also known as the Helix nebula, or the Eye of God) is by far one of the creepiest. Its resemblance to a human eye is so uncanny, I can't resist making a silly joke about how Santa Claus is a 4 dimensional creature that obviously lives here on his off-time ("He sees you when you're sleeping. He knows when you're awake. He knows if you've been bad or good. So be good for goodness sake.")

On a more serious note, The Helix Nebula is located approximately 700 light-years from Earth in the constellation of Aquarius. It's a planetary nebula by designation, which means the nebula was born following the death of a medium-mass, or sun-like star. Before the star died, leaving behind a dense core called a white dwarf, the star shed the remainder of its outer envelope of gasses off into space, thus forming a nebula. As the material continues to expand outward from the central star, it will eventually disperse, rendering the likeness to the human eye obsolete.

Overall, the nebula extends about 2.5 light-years across. Meaning, it's larger in size than our entire solar system. In fact, light could make it half of the way from the sun to the sun's nearest neighbor (in the Alpha Centauri star system) before it could travel from one side of the Helix nebula to the other one.